I am ecstatic to write this post, it feels like it's been a long time coming. I'm so pleased that I finally can.

Since about 5 months pregnant I've not been able to put my son to bed. He hasn't wanted me to and it hurt. It hurt alot. All he wanted was Daddy at bed time. It started all of sudden. We couldn't really understand why, even though Alfie has always preferred a 'Daddy' bedtime he would let me do it a couple of times during the week. I'd always be present for bedtime and help get him in his 'jamas and help brush his teeth, but when it came to the crunch he would push me away and say he wanted Daddy to put him to bed.

We spent days racking our brains what could it be. Was it a phase? Did he not like me? Was he just being difficult? We came to the conclusion that it was pregnancy and bump that was causing the problem. Up till the point of me actually showing he'd been fine, but once I'd started to develop a bump it was difficult for him and me to get comfy and he would often slip off my lap if we tried to cuddle. I'm almost certain he could sense things were different and things were going to be changing, but obviously Daddy was staying the same. There were of course occasions where I did have to put Alfie to bed on my own and it was slightly easier without my husband being in the house but it did still result in a battle which wasn't great heavily pregnant! Often it would end up with us both in tears before he would eventually tire, realising that Daddy wasn't miraculously going to appear.

This continued throughout my pregnancy, as I got bigger I would have found difficult putting him into bed anyway but that's not the point. I started to feel quite rejected, upset and useless. This was all amplified by me being a pregnant, hormonal mess! I'm his Mummy, he's not supposed to not want me, is he? I became quite despondent that this is just the way it's going to be now, but my husband thought it would improve with time. Pfffttt I didn't believe him. 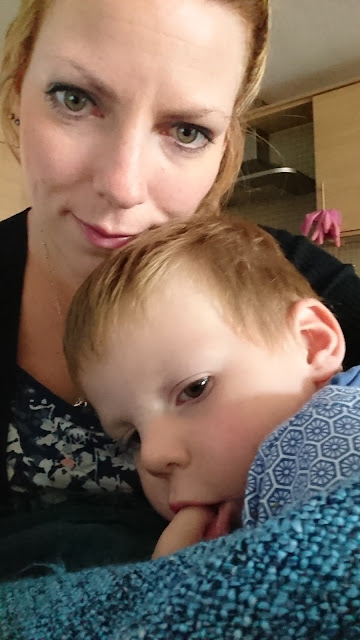 Once Elarna arrived the bedtime saga continued with Alfie not wanting me to put him to bed. We did try a few things to try and get him used to me putting him to bed, because lets face it I'm going to have to do it on my own at some point! We tried me reading to him with Daddy in the room and then leaving (didn't work, he called out for Daddy), we tried Mummy getting Alfie dressed for bed on my own while Daddy was downstairs (didn't work, he's not stupid) and we tried me staying in the room while Daddy put him to bed but then I got told to go away! I genuinely thought that this was going to carry on forever.

Then something happened. I have no idea what but one evening, after I'd put Elarna to bed I went to say goodnight to Alfie and he wanted me to read to him. He actually said 'Mummy, read', I cannot tell you how much my heart jumped out of my chest, I was a little anxious that he would want Daddy after I'd read to him but was absolutely over the moon that we'd made a little step in the right direction.

So we sat, cuddled up on the sofa in his room and I read to him. I probably read about 4 books that night, I couldn't care I was cherishing the moment that may just have been a one off. We finished reading and we cuddled some more, Daddy slipped out of the room and Alfie didn't notice (result!). Alfie then wanted to go to bed, so took himself off the sofa and walked to his bed. He then wanted me to talk about the zoo, so we chatted about that for a bit and he wasn't quite asleep so on a whim I decided to make up a story. I had no idea where to start but it all began with Morris the Mouse and Freddy the Frog. I had no idea where this story was going to go but I let my imagination set the scene and after a few minutes Alfie was ready to sleep. I felt like I had achieved something huge tonight, a massive hurdle that was successfully jumped.

The next night we thought that we'd try a similar routine and just before bedtime Alfie was asking for Morris the Mouse and Freddy the Frog and wanted me to put him to bed again. I felt like punching the air, have we cracked this? Is this a transition into him wanting me to put him to bed again?? Well I can confirm that was also a successful bedtime, we read on the sofa, then he went to bed and I told him the next instalment of my made up story. Trouble is I had no clue where the tale was actually going so it probably made no sense but he seemed to be enjoying it that evening, so I'm going with that. 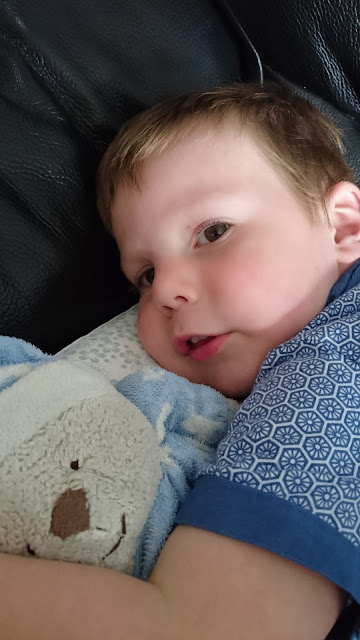 So here I am, feeling a little smug dare I say it, with three successful bedtimes under my belt. I am so chuffed that he wants me to put him to bed again, it also means that Adi can start putting Elarna to bed thus preventing her from getting too attached to me putting her to bed.

The moment that gets me the most, just before I leave the room I get, 'night night Mummy, love you'. After so long not putting him to bed and feeling completely and utterly detached from my son, I almost feel my bond with him strengthening again.

I love you son.

I need some help though. I have no idea where Morris the Mouse and Freddy the Frog are heading to and what they're going to get up to. Can you help? So far they have crossed the river, eaten chocolate and doughnuts and gone to glittering, silver castle surrounded by orange, purple and yellow dragons. They have met the Prince and Princess and slept in beds made from sweets.......currently they are both asleep but where does the story go from here???