Wow Christmas, it comes and it goes within a flash! You spend so long organising, planning and preparing and before you know it you're lying in a food coma on the sofa still drinking...... (not me, honest). Ahhh we did have such an ace day, after a bad few day leading up to it (a long story) I really did have a fab day.  Christmas eve was spent tidying and getting Alfie excited and then a meal out with my father in law and his wife which was great but it then put us a little bit behind with getting things wrapped and the kids to bed! Once we were home Alfie was super excited for Santa to visit and loved putting everything on his plate (he was very insistent on Santa having port!). 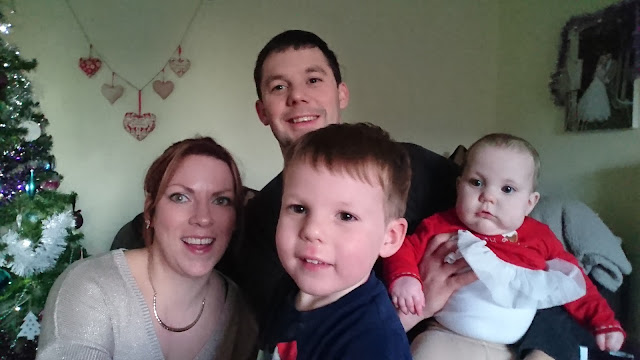 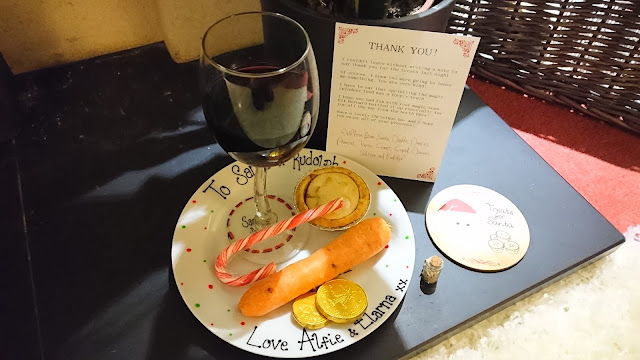 Once we had put both kids to bed I then wrapped the remaining pressies while hubby slaved away (his words) in the kitchen, we snuck into Alfie's room to pop a couple of gifts from Santa under his mini tree and hang a stocking on the door. I was knackered and had a reasonably early night and fell into a deep sleep. It was around 2am and something woke me but I wasn't sure what, I then thought I saw Alfie on the landing but must have fallen back to sleep, I then woke again and got out of bed this time, I then stood outside Alfie's door sure that I could hear him but all I could hear was hubby still up wrapping gifts....or that's what I thought! When Adi came to be he told me that Alfie had come out of his room because the 'wind' had woken him and luckily Adi managed to get him back to bed before he came downstairs! 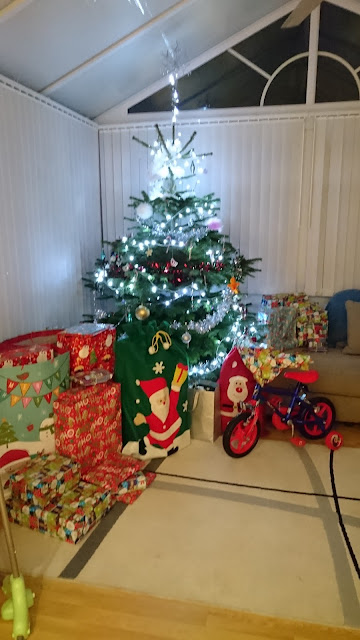 After that incident we had a good sleep and I woke at 7am and noone else in the house was awake! I lay in bed for a while until finally I could hear Alfie singing Christmas songs, bless him! I went to his room and showed him what Santa had left, he was so excited!! It was fantastic to see him so happy, he really understand the concept this year and it was easy to feed of his excitement! Gorgeous. As we were chatting to Alfie and asking whether we should go downstairs and see if Santa had been Alfie then informed us (in a very matter of fact way) that Santa, in fact had been as there were crumbs on the plate and a mess on the fireplace. We were both a little baffled by this as neither of us, after probing a bit more it transpired that apparently he had already been downstairs and checked, Mummy and daddy were asleep, it was still dark and then he took himself back to bed and to sleep.......ha!! We were scarily clueless. 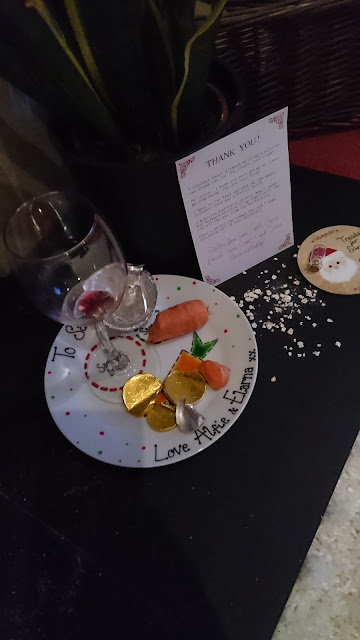 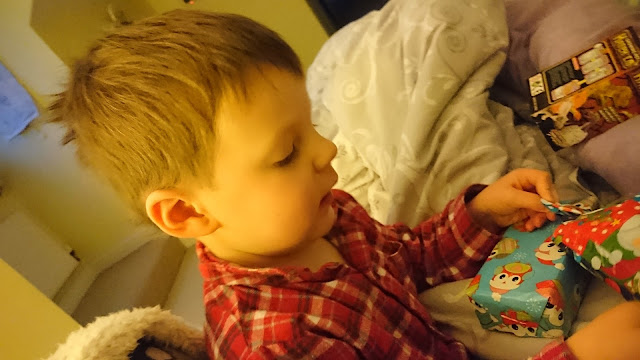 Once downstairs Alfie was probably the most excited I have ever seen him. 'Santa's been, santa's been!' We were due to have my parents & Adi's mum and aunt over for the afternoon and we did warn them that we weren't going to be able to wait for them to open presents. There was no controlling Alfie he was opening things so quickly and then started on mine and Adi's! It was really quite funny to watch. Everything he opened was met with a squeal of delight, he was so pleased with everything but a little overwhelmed. After the initial excitement of openiing everything and then wanting to play with them after an hour he took himself of to the living room and asked to watch the tablet for a bit. It was clear he needed some chill time so I left him to it for a bit, sorted Elarna out with a nap and had a shower! 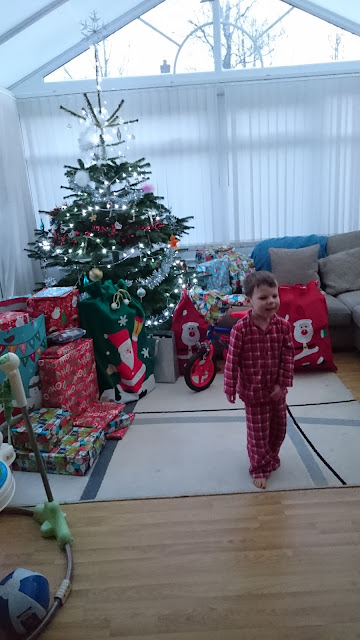 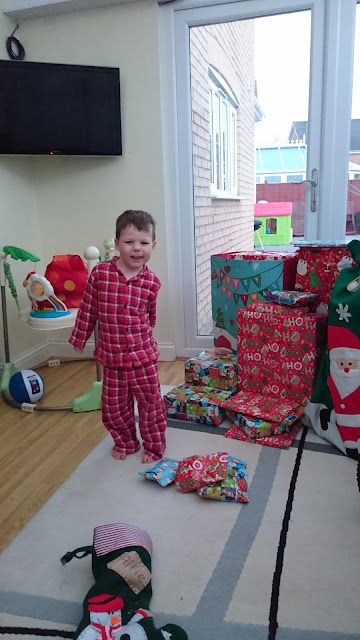 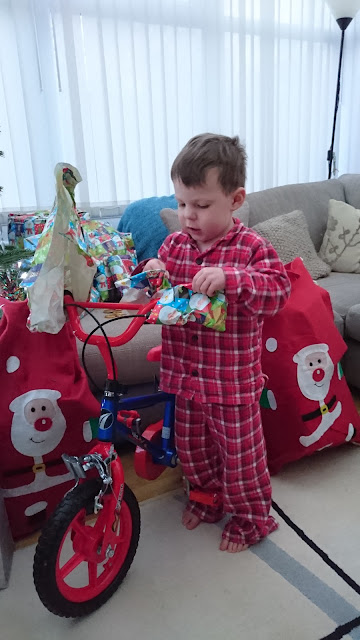 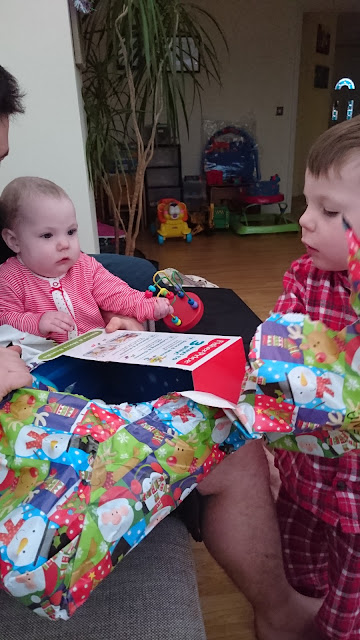 Elarna wasn't remotely fussed at only 8 months old! What she did enjoy was trying to steal Alfie's toys, almost creating a 3rd world war! Ultimatley though she just wanted to play with all the empty boxes and wasn't really intersted in the few toys that we had bought her. I certainly learnt with her that buying masses of things (as I did when Alfie was her age) is a pointless thing to do and you're best to save your money and spend on the child that understands! 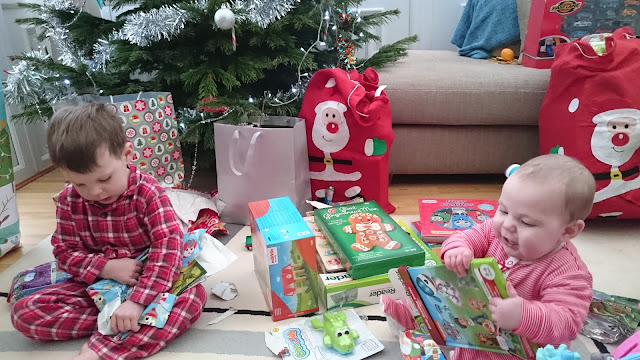 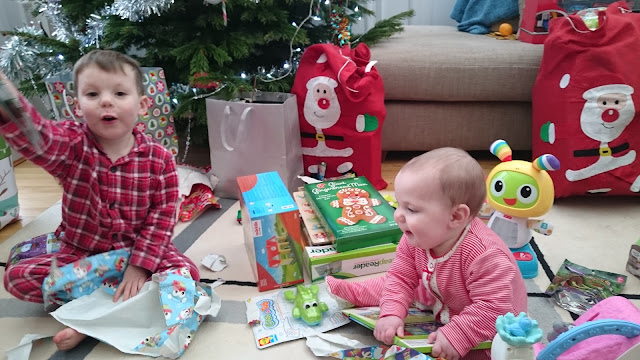 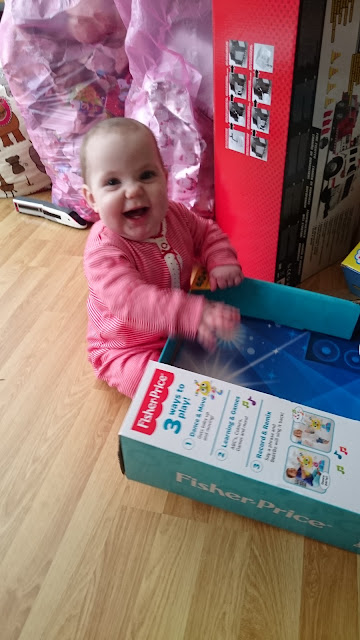 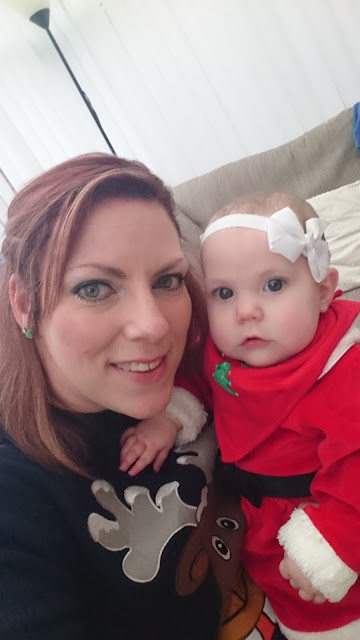 It was so lovely to have the morning to ourselves, I really enjoyed it and will definitely do it like this in the future. My husband loves to cook and host on Christmas so the rest of the day was spen eating, drinking and entertaining the kids. It was fab. It was a great Christmas spent in our new home, it's always a bit scary hoping that everything turns out ok with an oven you're not used to but lunch was amazing and I can't quite believe it's over for another year! 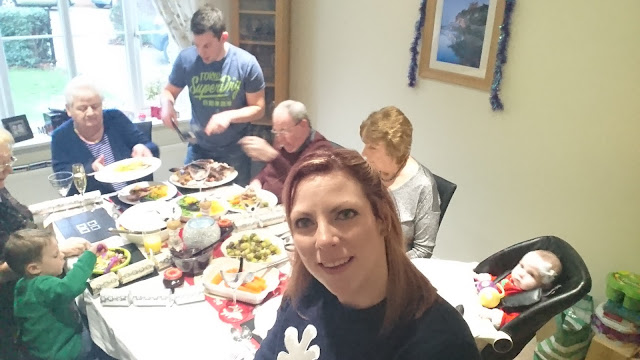 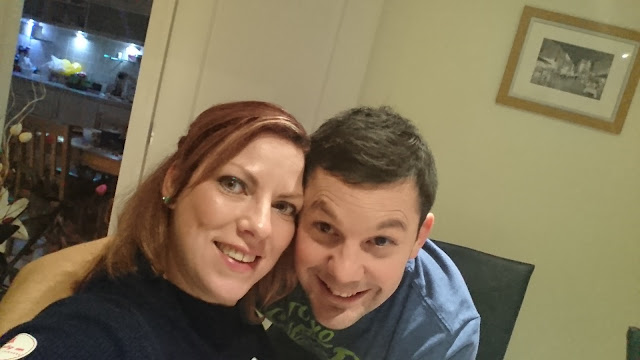 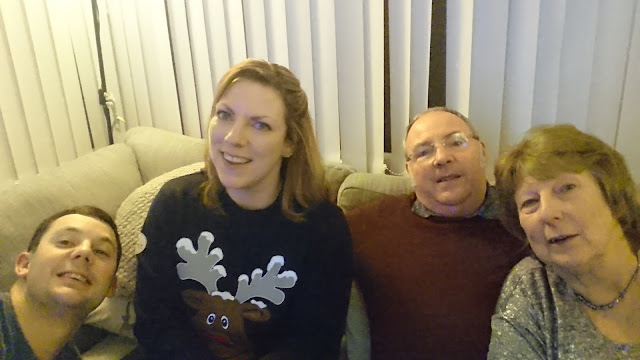 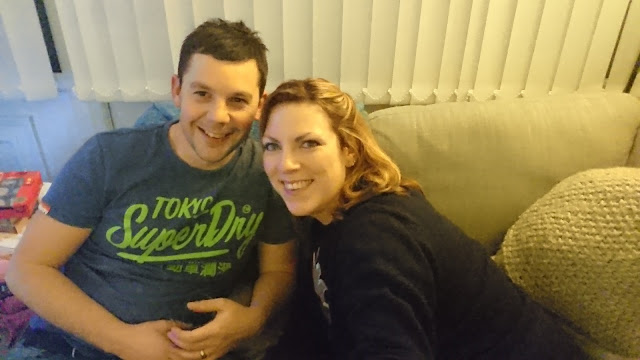 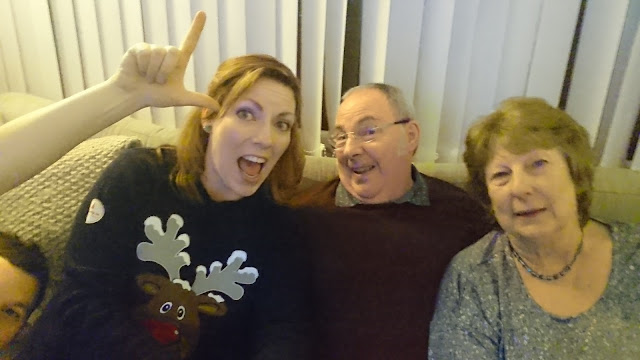 I love looking at what other people were treated to for Christmas so thought I would share a piccie of my fab gifts. Hubby treated me to some fab gifts, a lovely Ted Baker bag, some Joules wellies (if anyone is interested there is an awesome *Joules sale happening right now!), perfume, the obligatory pj's and Lush products and some Bare Minerals make up amongst other things. My parents also treated me to some fab Elemis stuff, perfume, pj's and a couple of other bits and pieces. So generous! 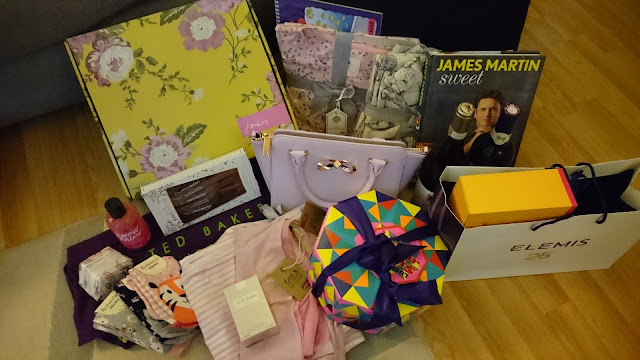 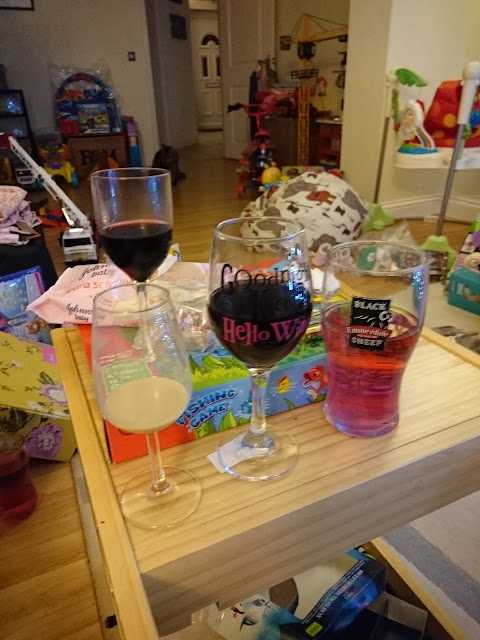 The day came to an end and it was just myself and Adi left. However as you can see by this picture some people just can't handle the pace and I was the last one standing! So here is to the next Christmas! Hope you all had a good one! 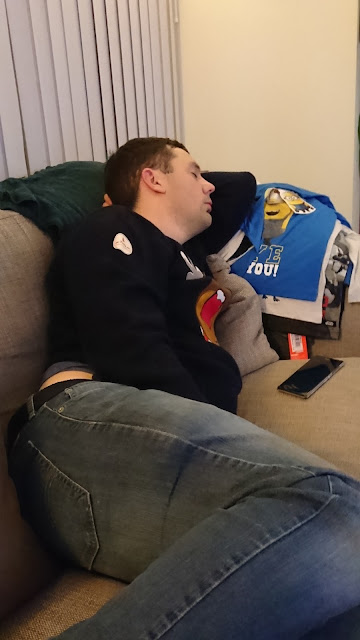