Alfie has used a dummy since about 10 days old. When he was born we were adamant that we weren't going to use dummies but fast forward 10 days in and our little milk hungry, boob needing, guzzle guts was draining me in more than one way. I needed to have some way of him not constantly wanting boob and I relented, I gave him a dummy and it worked. We had peace for a while and it was uh-mah-zing.

I continued to give him dummies to relieve the comfort feeding and to help get him to sleep, trust me with Alfo we needed any help we could get. I began to not mind using dummies, I have to admit I beat myself up about it for a while feeling a bit like a failure, but that soon passed. When you're a Mum I think you just do what you feel is right and sometimes you're so desperate for sleep you'll try anything. At the time it never really crossed my mind that one day we would have to tackle taking them off him, but myself and my husband are generally of the opinion we'll cross that bridge when we come to it, no biggy.

Once Alfie turned one he started to become really quite reliant on dummies and wanted them more and more during the day, at first I didn't overly mind but when he started to have a dummy for the majority of the day I soon realised I was going to have to become a little more restrictive and tougher with his use.

Once Alfie began to talk he would often ask for his dummy, especially if he was very sleepy or poorly,  I would relent and let him have them but would try to put them out of his way when he wasn't using them.  We continued to use dummies during the day until he was just over 2, it was then that we decided he really didn't need them anymore during the day and took them out of his sight. He actually took to that amazingly well and that was one hurdle crossed, next hurdle no dummies at night, arghhhhh!

The months came and I kept finding ways to put the inevitable off, there was always an excuse! He was poorly, the time wasn't right, we moved his room so it wasn't fair to take them off him then and I was pregnant, then Elarna came along and I didn't want to unsettle him anymore than he already was. It was my husband that mentally prepared me to accept the fact that we were going to have to do it sooner rather than later. Uh oh. I was dreading it but knew he was right. 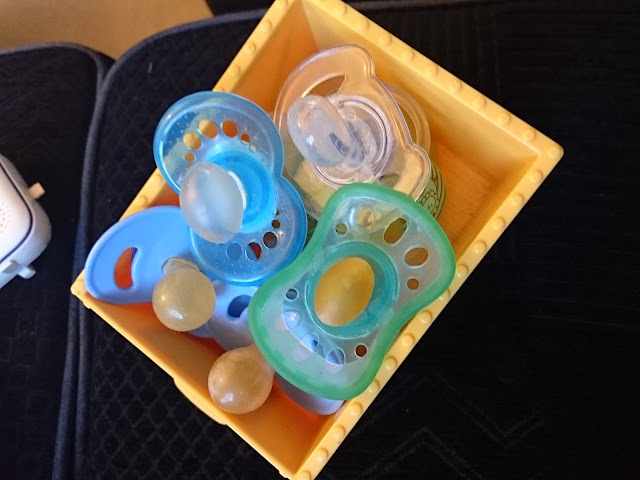 We talked to Alfie alot about giving up his dummies, we told him that the dummy train was coming to pick them up to take them to all the new baby boys and girls, we told him that if he was a good boy and collected all of his dummies out ready for them to be collected then the dummy train might leave a present in its place. He understood what we were telling him and over a few days we repeated the story each night and got him to tell us where his dummies were going. After just a few nights we decided that we couldn't put it off any longer. We collected all of his dummies (I was amazed at how many I could find, especially considering that he only ever used the green one!), we put them in the trailer and left them outside his door ready for the dummy train to go. I was anticipating screams and floods of tears but in reality he whinged for a few minutes, had a little cry and went to sleep, I was gob smacked! The night passed with no hitch at all, in fact he had such a great sleep I had to wake him up!!

Once awake I told him to check to see if the dummy train had left anything and lo and behold the dummy train had magically left Alfie a garbage truck (I can't tell you how much he wanted this and we'd held off from buying it until we really needed to!), his face lit up and he was absolutely delighted.......I would say the best £30 ever spent, he loves it so much.

The next night came and there was a little bit of him asking where his dummy had gone and a few tears but once again they soon stopped and he went to sleep with no issues. I'm pleased to say we have now been totally dummy free for about a month and I'm so proud of him at how well he has done. We have no issues putting him to bed, he is sleeping brilliantly and doesn't ask for them anymore. I feel like we've crossed another huge hurdle that I was dreading. 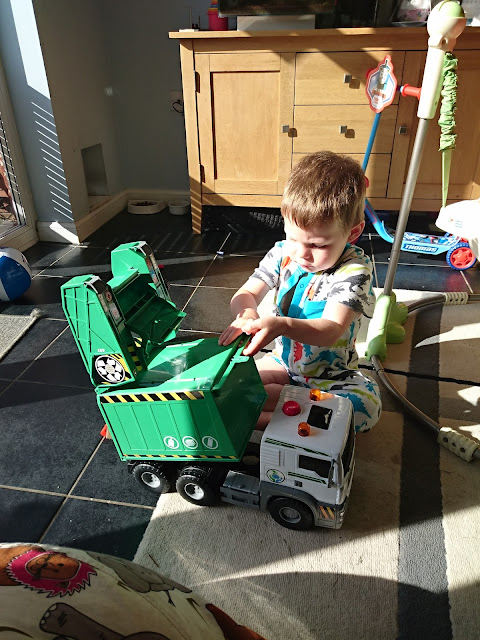 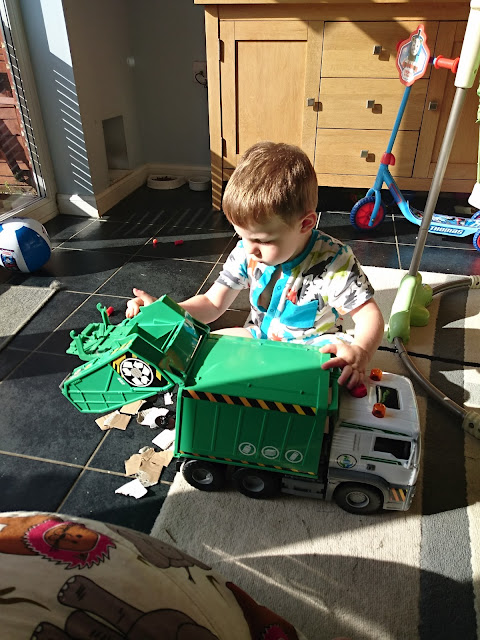 I'm actually really glad we waited till we did to take them away, he could understand what was going to happen and we could communicate with him to reassure him that he didn't need the dummy. To be honest if he really wasn't ready I wouldn't have been overly concerned if he'd had the dummy for a few more months, we just decided that the time was right for us. David Beckham doesn't have to worry about a thing, people can be so judgemental and when I saw all the fuss that little Harper had a dummy still it angered me hugely that they were being judged as parents because of that. You do the best for your kids and if your child needs comfort from a dummy then so be it, we knew Alfie was ready and I'm sure they'll know when she is! It really wasn't worth all of the media fuss.

My advice....... prepare your child, talk to them about it and if they can see that something good is going to come out of ditching the dummies (yes I do mean bribery!) then that should make the process easier, in my opinion. I'm always such a worrier when it comes to things like this and definitely over think the situation making it out to be so much worse than it actually is. I do wish children came with a manual, ha, wouldn't it make things simpler!

How did you ditch the dummy if you used one? Was it a struggle?