A Day Out with Thomas & Friends! 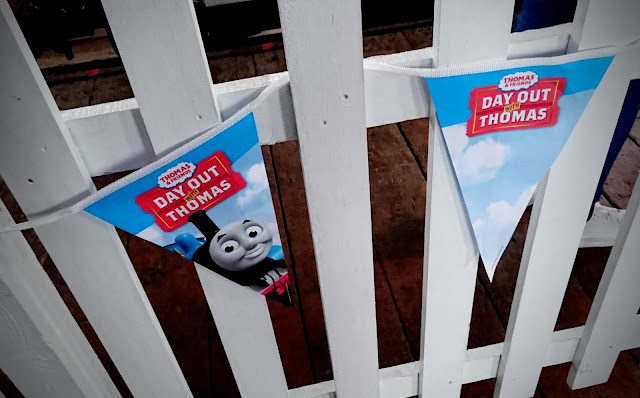 My son is a huge Thomas and Friends fan (Thomas the Tank Engine for all us 80's/90's kids). I swore that I didn't want him to get into anything like this when he was younger but I actually don't mind now. I quite like it, I find myself humming the songs and watching them with him and I bet you anything that I can name a fair few of the trains! Alfie however takes the obsession to a new level and can identify characters out of it just by seeing a random a train part! He also has a huge collection of Take n Play which continues to grow, but seeing how much pleasure he gets out of these classic toys makes me very happy.

Last year for his birthday he received tickets to a Day Out with Thomas and he had such a fantastic time that for his birthday this year my parents bought him a ticket (and us obvs!). The concept is simple, you head to a local heritage railway, in our case, Wakes Colne in Colchester and ride on Thomas and his friends, see the Fat Controller and generally have a fun filled day out! It's completely geared up for Thomas fans and very much family orientated. The price of the ticket gains you entry and you can ride on the trains that are running as many times as you like. 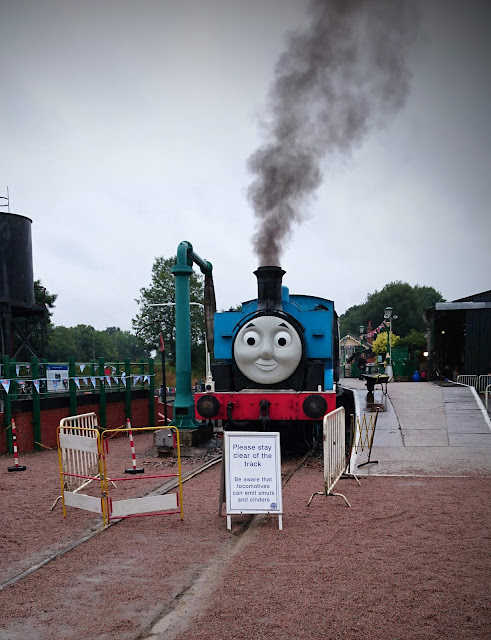 We were booked to go on Bank Holiday Monday which turned out to be one of the wettest and soggiest bank holidays in a while and typically this is pretty much all outdoors so I was unsure how enjoyable the day would actually be. I was quite gutted to be honest, I'd been looking forward to taking Alfie to it for ages as I knew how much he enjoyed last year but not wanting the day to be ruined we gathered up all our rain coats, brollies and other wet weather paraphernalia and headed over to Colchester. When we arrived Alfie clearly was over the moon, the wet weather wasn't going to spoil his day and he wanted to go straight on Thomas. 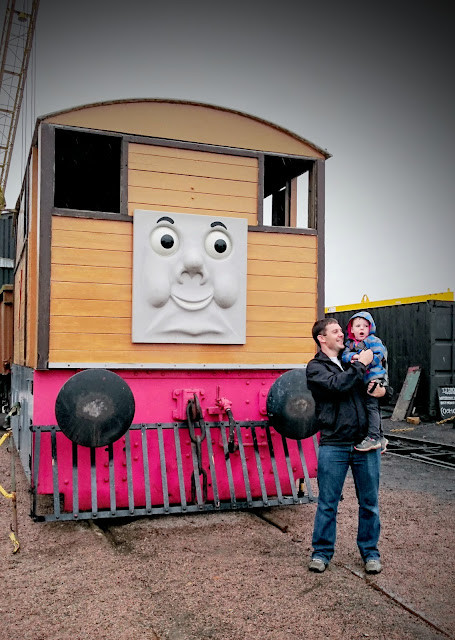 One downside of heading to an old heritage railway is there is no way to get to the other side without walking over the bridge so we had to lift the pram up numerous steps, not ideal when you're trying to control an excitable child! Never mind, we were soon over and it was clear to see that the weather had definitely had an impact on the visitors, it was noticeably quieter which was great as it meant not alot of queueing to get on the trains and less hanging about in the pouring rain.

The trains available to ride on were Thomas (of course), Percy and the Troublesome Trucks and Toad, Daisy Diesel, Toby (well a replacement Toby as the real one was broken) and the miniature railway (which was closed when it was raining too much).  As well as the trains, there are the open air parts of the museum to look around and a play area which was new for this year. This was a fab idea as it was out of the rain and lots of Thomas toys had been provided to be played with which was a god send for all the wet and soggy toddlers. 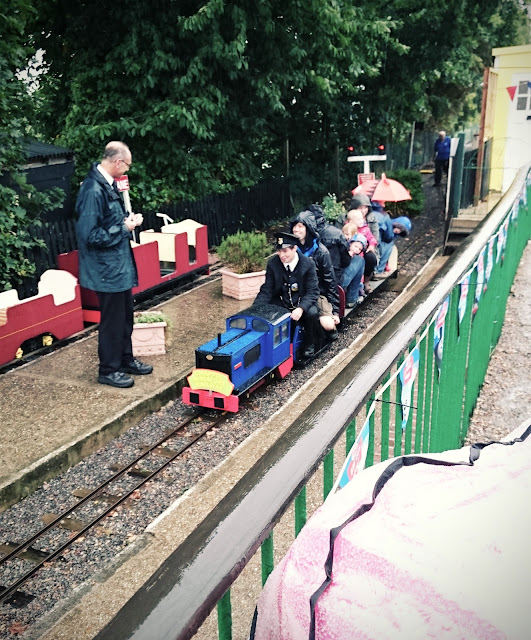 While Alfie was busy playing with the toys I snapped this train that was being restored, apparently the oldest locomotive in the museum and dates back to 1905, I think you'll agree it's looking very smart! 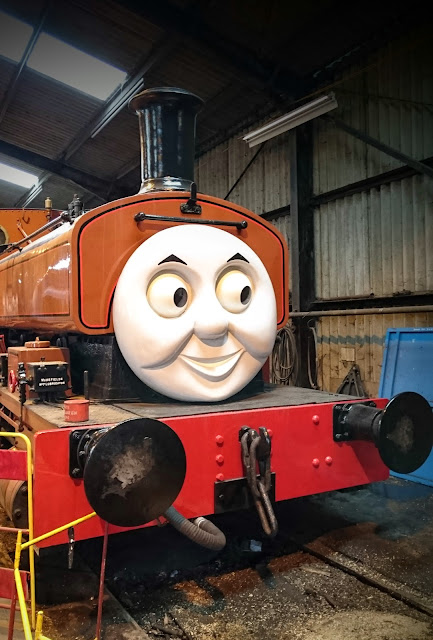 Trying to get a picture of Alfie standing by Thomas of course turned into some what of a mission and this is the best that I managed to get! Cheeky thing! 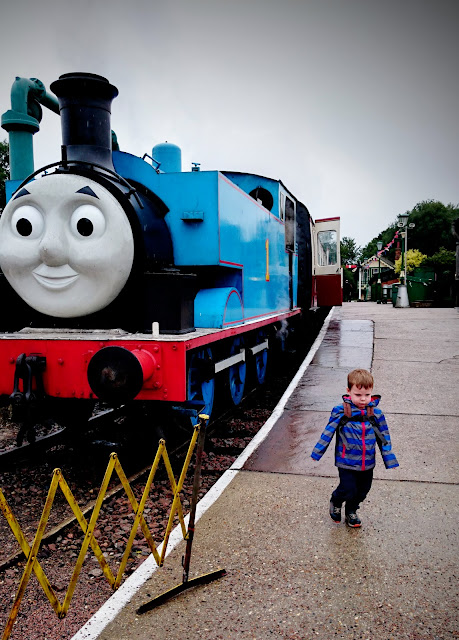 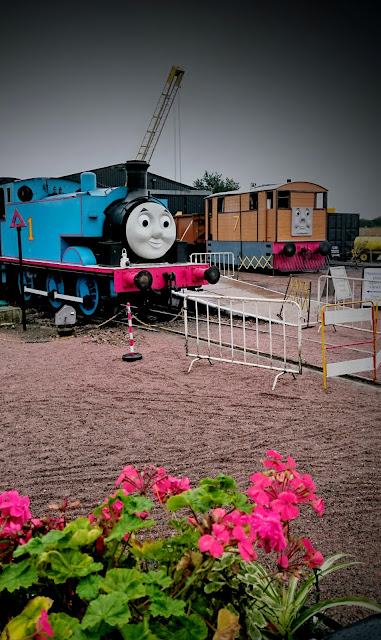 Not only is Wakes Colne a historic living heritage site it is connected to the main rail line so there are a few other trains coming through which is great for train spotters! There are also lots of other little interesting things to see, I quite liked these little buckets on the wall, slightly random I know! It's a great place to walk about and learn about how the station used to operate years ago. 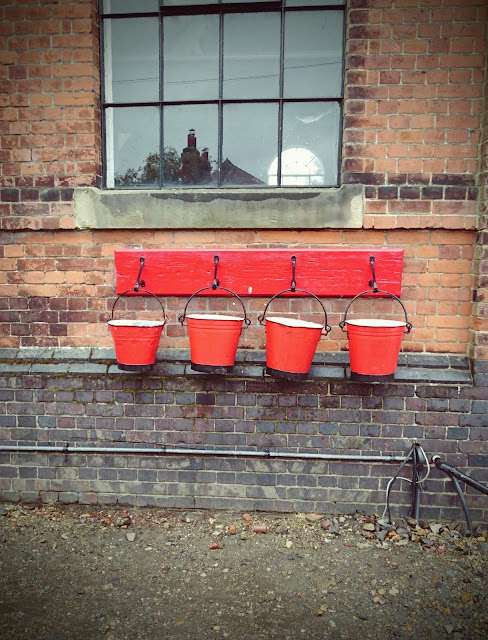 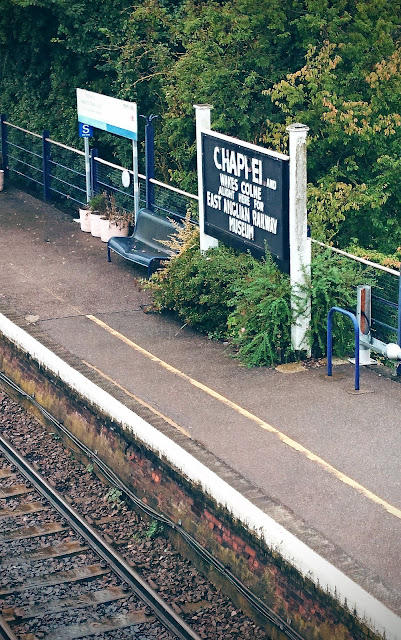 You can see from the picture below taken from the bridge the scale of the station. Despite the awful weather we had a great day out. It was truly such a shame that it was pouring for the majority of the day but in all honesty it didn't dampen (pardon the pun) the atmosphere and it certainly didn't seem to bother Alfie. 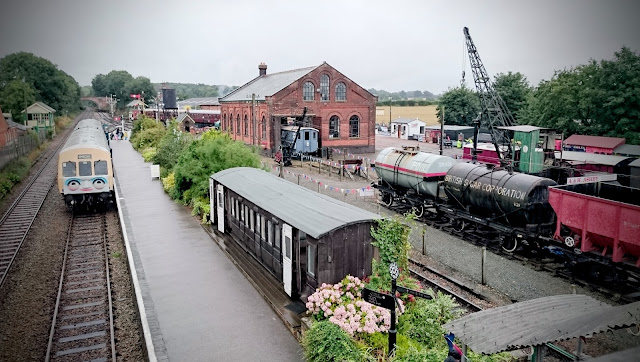 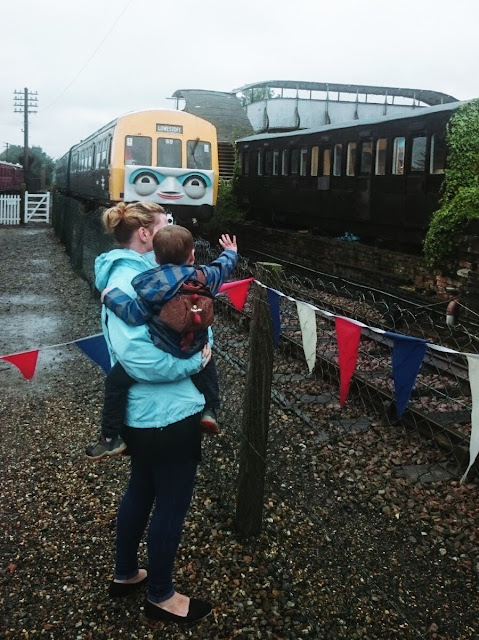 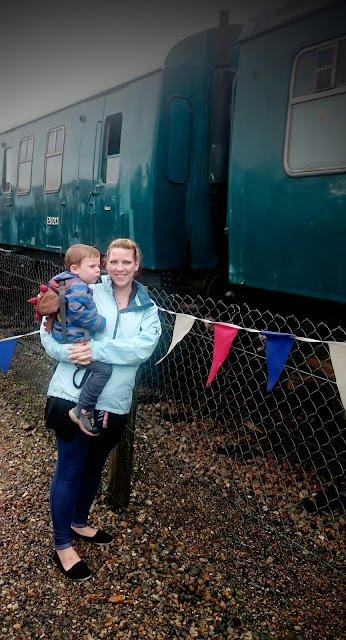 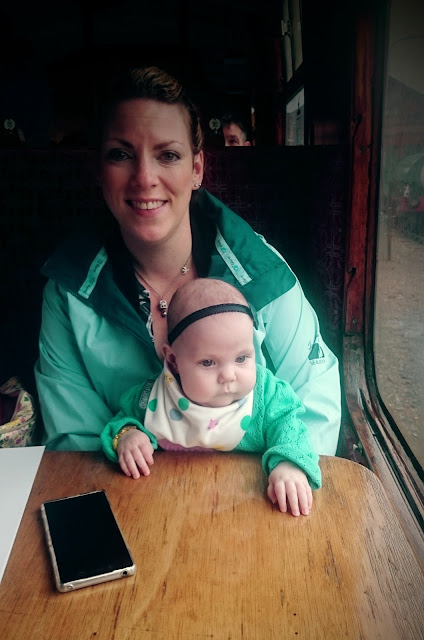 Elarna wasn't overly bothered about the trains as you can imagine but she was a good girl all day and Alfie had fun pointing out the different trains to her. If you do visit one of these days out be aware that there is Thomas merchandise aplenty to purchase and the chances of coming away without something would be slim I'd say! We purchased a talking Ferdinand train for Alfie to go with the rest of his take n play and all we heard in the car on the way home was the bloody train talking..........until Alfie fell asleep, completely 'Thomased' out, train still in hands. Bless.

Have you ever been on a Thomas day out? Would you like to?

* Please note these are my own honest opinions, I received no payment for this post I just wanted to share what a great day out it is. :-)