Maternity Style: I've been recycling clothes for this picture! It was my lovely friends 30th birthday this weekend so I opted for a flowered dress from Wallis (not maternity), mint court shoes from Next and over the bump maternity tights from Mothercare  (£8.00 for 2 pairs).  And yes that is a pair of heels that I'm wearing! It's very unlikely I would ever go out in a pair of flats even heavily pregnant!


I have reached the milestone that is 37 weeks pregnant, classed as full term and I feel huge! The medical professionals prefer you to reach 40 weeks so baby can plump up and has enough weight to enter the world but I'm happy for baby to come anytime from now. I'm still feeling big but more people have told me that I'm carrying quite neatly which is nice to hear, I'm still carrying high and don't feel as if baby has dropped much at all, only perhaps very slightly.  Definitely getting less acid indigestion now which is a bonus, but I'm still feeling very lethargic and tired most of the time. I have started to nest, on Friday I decided to clean the whole fridge and our cupboard under the stairs, I think my husband thought I had gone slightly crazy.

I visited the Midwife last week for the usual checks and my blood pressure has gone up slightly which is a good thing as the dizzy spells I was previously having have reduced. She measured my stomach and the growth has plateaued slightly (I measured the same at 33/34 weeks that I did at this appointment where I  was 36 weeks), however the midwife wasn't overly concerned about this and I'll be checked at my next appointment at 38 weeks. I haven't had any results back from the heart scans I had at the hospital a couple of weeks ago (you can read about that here) but the Midwife put my mind at ease and told me that if there had been anything of concern they would have let me know by now.

Baby is definitely head down and is starting to engage slightly, with 2nd labours it's quite unlikely that baby will fully engage till labour itself but the fact she's  starting to engage some what is a good sign, she's heading in the right direction!

In the last few days I have been having a whole load of braxton hicks, they are definitely becoming more frequent and more intense so I think it's clear that my body is starting to get ready to labour. I am so uncomfortable in bed now too which is making it difficult to sleep and it continues to be difficult to walk any long distances without having aches and niggles in my pelvis! I'm certain that half the night I'm just tossing and turning in the hope I find some position that is comfy but it doesn't seem to happen!

We keep hearing more and more stories about 2nd babies arriving super quickly so my husband is convinced that I'll have a speedy labour this time but I'm still anticipating a lengthy labour as I'm not sure my body would do a short labour! Time will tell! 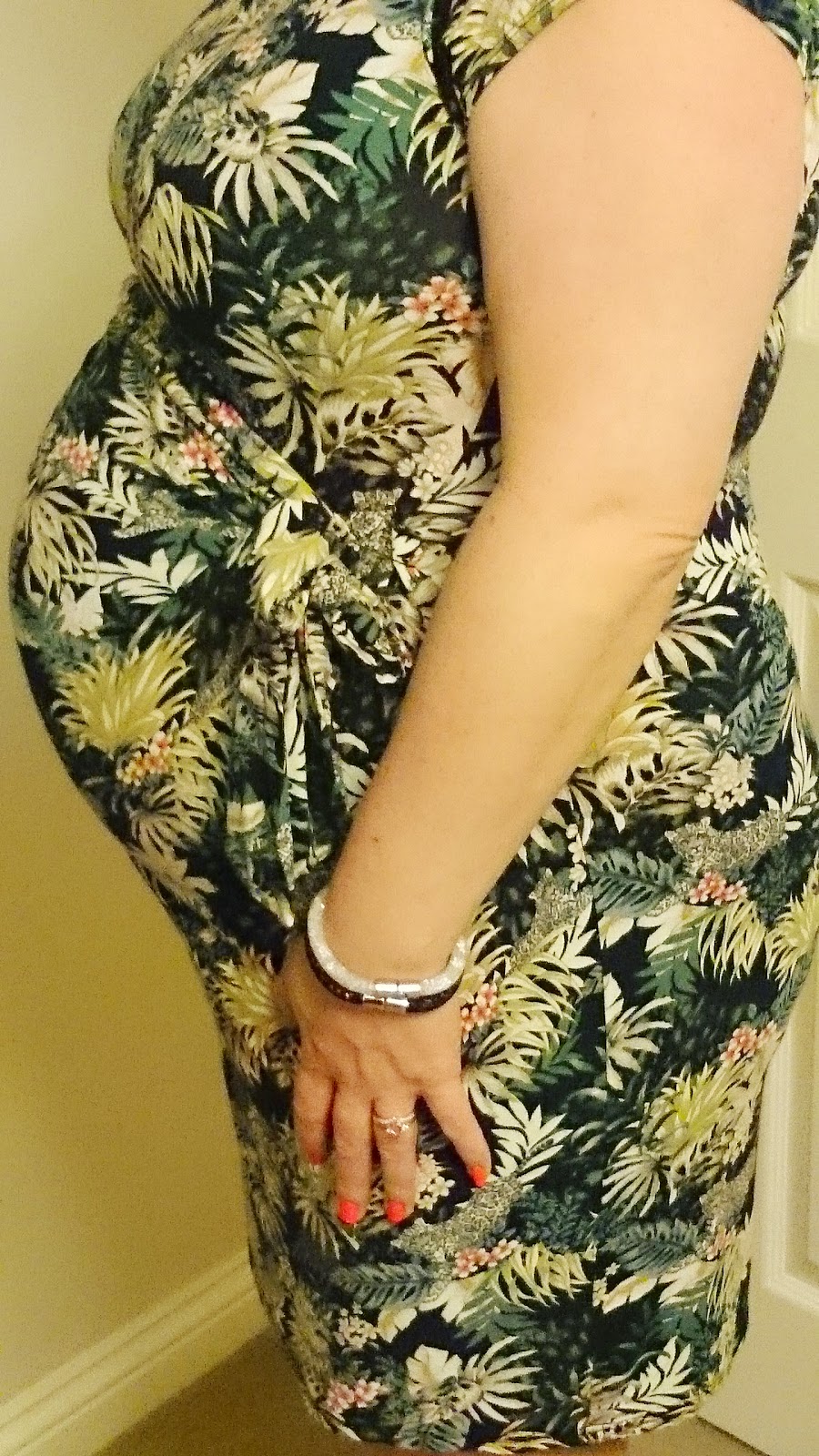 My hospital bags are now packed, the TENS machine is handy and the car seat is ready to grab so to be truthful we are now ready to go. The only thing we need to sort is what we're going to do with Alfie when I go into labour. All of our parents and close friends live over an hour away so I've given my Mum and Dad very clear instructions that when they get a phone call to get over here they need to do it sharpish!

We're still trying to talk about the baby around Alfie so he knows that there is going to be a new arrival soon but I'm not too sure how much he really understands. I'm busy getting him a little 'brother to be' gift box sorted with a few bits and pieces from his new sister to hopefully help him be a bit more accepting! He's also got her a little gift that he's going to give her when she arrives.

Baby is still continuing to put on weight, approximately 1/2 lb a week now and roughly weighs at this point about 6.5lbs. There is much less room for baby to move around so movements felt are more like stretching, wiggling and rolling sensations. It's vital that movement should still be felt and monitored at this stage, movement patterns should still be consistent to what they have been. My little bean clearly has her own pattern and I feel more movement towards the later parts of the day.  Baby is also starting to behave like a newborn and has periods of deep sleep, thumb sucking, blinking and turning from side to side.

I'm not sure when my next update will happen, it's a case of seeing what happens in the next couple of weeks but I will try to get one written for next week.

Thanks as always for reading and I can't quite believe I'm nearly at the end of this pregnancy!

Posted by Helen - Blogging Beautifully at 10:38 am