Party Pressure - It Started with a Cake.

It all started with a cake.

So it's that time of year again.......party time. Arghhhhh. Last year I felt quite stressed by the whole thing, probably something to do with having to organise a 3 years olds party 6 weeks after giving birth. I needn't have been worried as last year he had such a good time but I think there is a bit of pressure on trying to keep not only your child happy but entertaining family and friends too. I know I shouldn't get stressed, it's a kids party but flipping heck they take a bit of organising and I dread to think what next years will be like. So yes, I'm stressing again. 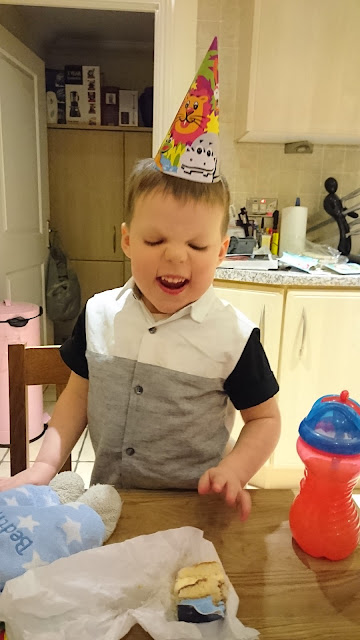 Alfie, this year is quite demanding. I didn't think we'd be having these sort of demands for another few years......how wrong was I. He's been talking about his birthday for a good couple of months now, I think because we'd been talking about Elarna turning 1 he's jumped on the bandwagon and is uber excited for his 4th birthday. So far I think every day he has asked if his birthday is tomorrow.......bless him. 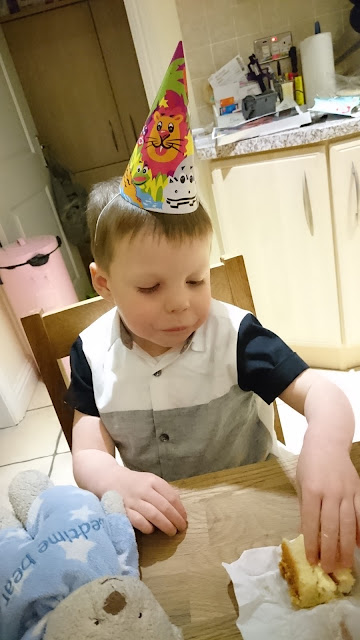 You see it all started with a cake. My first question to Alfie was what sort of birthday cake would you like. I figured if I knew what sort of cake he'd like, the party theme would closely follow and then it would all be simple. To begin with he'd said he would like an animal cake but then it changed to paw patrol which then changed to dinosaurs.......specifically The Good Dinosaur.

We'd watched the film a few times and Alfie loves it so it was decided that this would be a good theme. I'm not one to theme everything around this, I just don't think I'm creative enough, I know there is tons of inspiration on Pinterest and I should probably try some of the ideas out but I don't know if I could ever pull off some of the creations. I might try some of the simpler ones but things like the cake are definitely being left to the experts. Thankfully this was not an issue and I knew exactly who to ask to make Alfie's cake. Ginny from Tiger Lily Cake Company was free on the date needed and more than happy to make a cake for Alfie again (she actually lives where we used to live in Suffolk, but for her cakes I'm willing to travel!).......to see what she made for Alfie last year click here! So as I said Alfie decided he would like a Good Dinosaur cake and has been very helpful in telling me the sort of thing he would like. So once I knew that the cake was sorted it's been a case of thinking what else do I need to organise that will satisfy my nearly four year old! 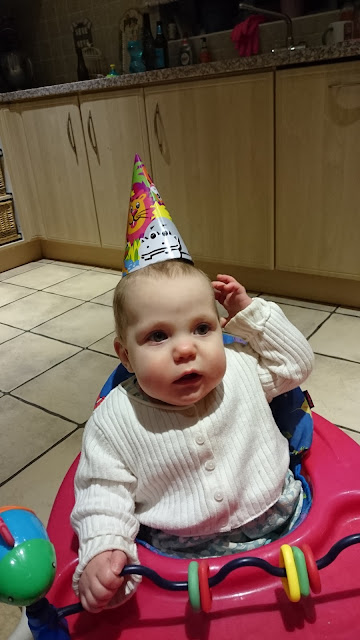 The next thing stressing me a tad has been deciding do we hold the party at our house or do we pay to have it somewhere else. I have thought about this alot, on one hand I feel that it's probably going to be the last year that we don't have to invite a ton of people, I'm guessing once he starts school you end up having to invite a whole lot more people and then that then makes things tres expensive, however on the other hand having it somewhere else (e.g a softplay which would be my next choice) means no tidying, less mess and the venue generally provide the food. My main concern with this is that other than the price they usually require a minimum number and although we are inviting a few of Alfie's nursery friends I can't guarantee that they would turn up. So I decided we are going to have it at our house and keep my fingers crossed that the weather is kind to us so I can direct people into the garden and away from being inside the house too much (in the hope that this will mean less tidying!). 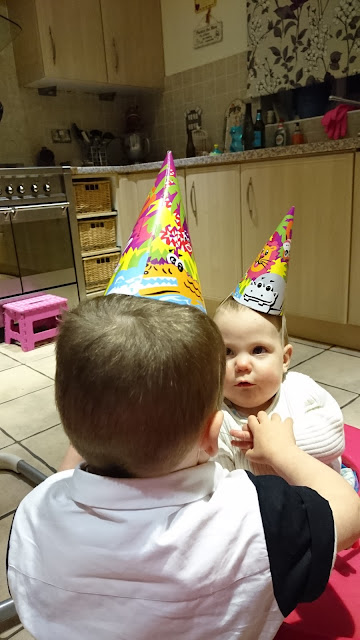 Like I said Alfie has definitely been telling us what he'd like this year and his big request was for a bouncy castle (groan!!!). Choosing a bouncy castle is like me choosing makeup...... it takes time and there is a hell of alot to choose from! I had no idea there were so many varieties. I decided to let Alfie choose, after all he is the birthday boy. He was quite clear that he wanted a slide on it so it was between 2, a coloured one with a slide to the side or the more expensive dino one with a slide inside. I'm sure you can guess which one he chose....... So that's booked and one less thing to worry about. Next on the list to try and sort are the party supplies, party bags and the awful task of what they hell do I put them in, what food to serve and do we play party games (I'm still very much on the fence with this!). 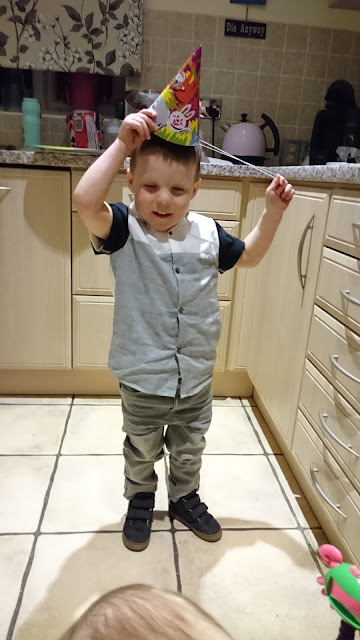 I've no idea why I stress so much about these things, I really shouldn't. The one and only thing I want is my boy to be happy and to have a wicked party. Obviously I know he will be delighted with a bouncy castle and seeing his friends but I do like to try and go the extra mile for him if I can. To be honest he would probably be happy with a slice of cake, some balloons and his bouncy castle! I just hope that his little friends turn up because it'll be lovely to see him playing with them all.

So does anyone else get stressed about throwing kids parties or is it just me? Also.....any ideas what I can put in party bags??
Posted by Helen - Blogging Beautifully at 6:30 am