About a month or so after we moved into our new place and Alfie started at his new nursery something changed. Suddenly we were in this bigger house, with different noises, lots of places to hide and at times a little creaky (and creepy). It's not an old house, just 10 years old but the area where we live is pitch black at night and sooo quiet so any noises can be heard and if I'm on my own particularly amplified! I can see why a three year old's imagination could run wild with all of these new things happening in his life.

Since Alfie has been at his new nursery his imagination has been in over drive, it's wonderful to see, he loves to play shops, loves to be a chef in his kitchen, mimic myself and hubby and makes some bizarre funny voices chatting away in them at times. However as his imagination grows so do the figments of it (at least I think they're figments..... at least I hope so!).

In the 3 1/2 years of his little life he's never been particularly scared or overly anxious about many situations but lately he's been a right little monkey creeping not only himself out but me! 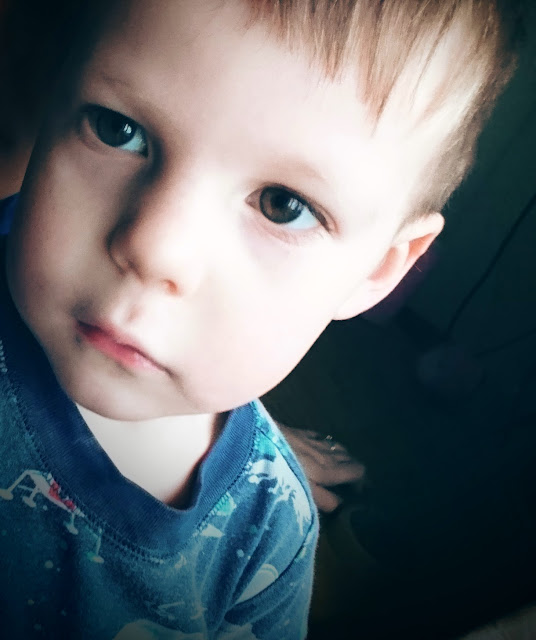 I then get taken to the cupboard under the stairs and Alfie pointing persistently to the back of the bloody cupboard! This has happened a few times now in various different places and I have to admit it's started to creep me out a bit. Obviously I'd like to point out that I don't believe in monsters but I do believe in ghosts/spirits and now I'm like is this blooming house haunted or something or is literally my son and his imagination increasing.

I've always made sure that he feels safe and I don't want him to become scared of these 'monsters', especially if it involves  them being in his bedroom. I try to make sure he still feels safe in there and we fill his room with lots of teddies that he's chosen, his gro light emits a gentle glow and he knows exactly where we are if he needs us in the night. There has only been the one occasion up till now, just the other week where we had to look under his bed for a monster but we tried to nip that in the bud quite quickly so that we don't start having issues with monsters in his room. I think it's very important that we allow him to use his imagination freely but not to the point that it runs away with him and he becomes scared of monsters or similar that he's created. If this all goes to pot I have my 'monster spray' handy to expel said monsters from his room!

So I'm not really sure what's going on but I'm just going to put it down to his development, because at the moment he is coming on in leaps and bounds and as long as it keeps being a big game to him then I'm happy! 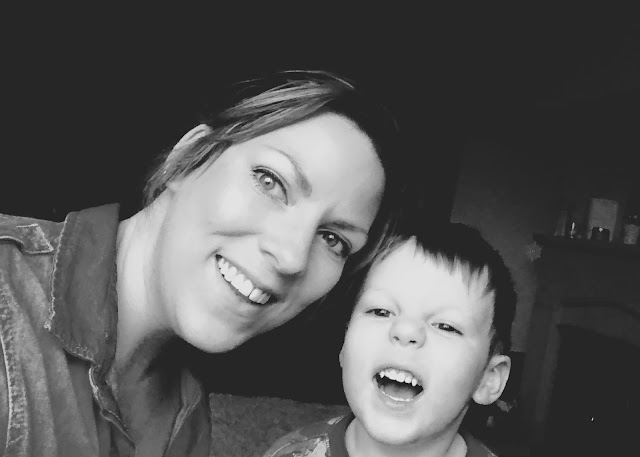 I have to say I love playing with him when he's in role play mode (plus it means I get to be a big kid and play with toys, hehe), it's so funny to listen to him and watch him, he clearly spends a whole load of time observing us (very apparent recently) as I see him acting very much like Adi and sometimes me (ahem, no idea who this sounds like......'Mummy I am CROSS with YOU!'). Mostly it's Adi though that he likes to mimic, most days he will put a head set  on and pretend to be on a very important call like Daddy! He likes to pretend to be getting ready for work, want to go on his bike and cycle to the train station, obviously this is quite hard to role play with him but I have had some amusing pretend real phone calls with him and him informing me of all the work he has to get done. Bless him, the threenage years might be hard but they are wonderful in the terms of communication and fun. Love him.

Anyone else have a monster or 2 in there house?