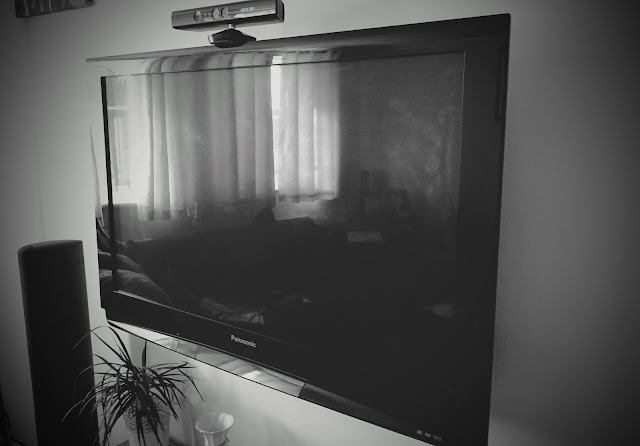 The television......it's the centre of family life, I'm sure some people probably wouldn't want to admit it but surely I speak the truth. In these modern times the TV is usually on in the evening or in the morning to eek those last few minutes of lying in bed out and pacify the children........................ surely it's not just me! In our house the TV tends to be on a fair bit in the day, I like the background noise, sometimes when the biggest boy is yelling and the littlest is crying I need to try and find a distraction and the TV is it.

Come Friday and Saturday when the working week is done and I have hubby at home we like nothing better than chilling out and watching a film (after I've subjected him to Strictly and X Factor of course!). Recently we have been trying to get Alfie to chill out and watch a film with us so we can have some 'quiet time' but more often than not he gets twitchy and can't sit through the whole film, although we are persevering, quite often Mummy and Daddy are left watching Frozen till the end again...........

So how do we go about capturing Alfie's attention and keeping him engaged in watching the film?

First up, invest in a decent TV, we have a Panasonic and love it but really we are due for an upgrade. I've had my eye on the new 4k Panasonic televisions, with their sleek design, crisp and sharp resolution and crystal clear sound, this will most certainly capture the little one's attention. To keep Alfie interested if he does start to wane we point things out to him during the film, or get really excited when we see things that are bright and colourful and it seems to keep his interest (most of the time).

We went to the cinema recently to watch the new Thomas and Friends film and I have to admit I was dreading it but he sat through it brilliantly and I think this was due to the box of popcorn and the excitement surrounding it. My advice would be, make a big bowl of popcorn or a bowl of ice cream, dim the lights and turn the surround sound up to make the experience really thrilling for them.  Although if you're like me you'll probably end up on IMDB when you're trying......and failing to guess the famous celebrity voice overs of the characters!

Finally, I would say make sure you know the release dates of any new films of interest so that you're always one step ahead of the game and have something new to watch, Amazon are pretty useful and have lists of all new and future releases to assist with this!

What is your advice when trying to watch a family movie together?