I have always enjoyed playing games, I remember having many monopoly battles with friends and family several years ago and I knew when I had kids I wanted to have family games afternoons when they were a bit older. Alfie is getting to the age now where he does want to play games and likes to try different ones out but it's hard to find something that captures his attention and that he'll see it through to the end.

We've recently been lucky to review Creepy Hand from Megableu. It's one of those games that is interactive and appears like it would be a whole lot of family fun and maintain Alfie's interest. 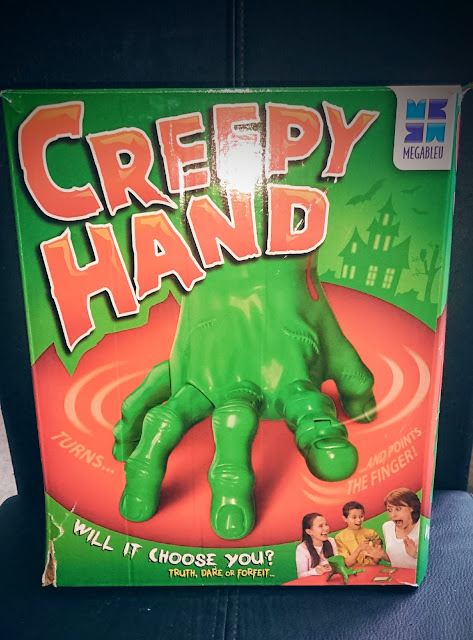 The concept of Creepy Handy is really very simple. Based on the classic 'truth or dare' the game centres around the gruesome green hand (with delightful blood drip!). The life size mechanical hand moves around the table in circles (for quite a while I may add) and slowly the finger randomly points to a player. The chosen one then must decide whether to do a truth or dare question. If this is not completed successfully then an extra forfeit is to be faced! 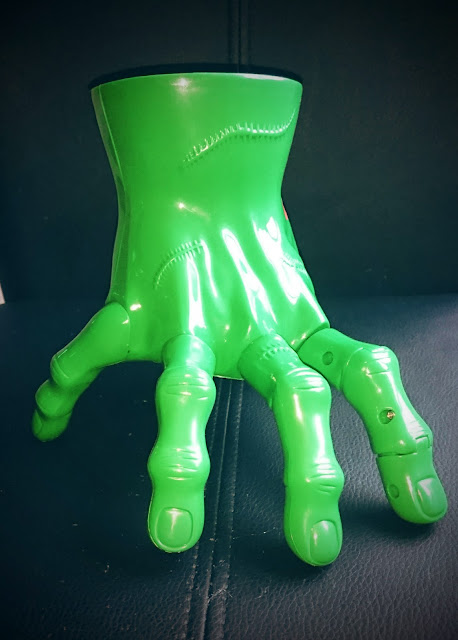 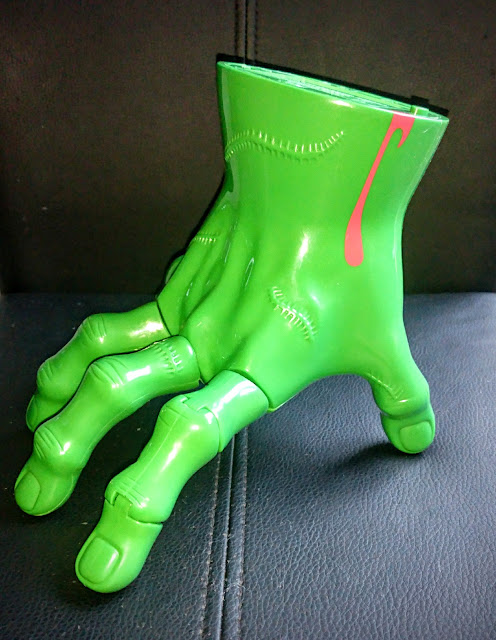 The game includes the creepy hand itself and 100 cards with a variety of questions and dares. Some of them are hilarious, very family orientated (but could be totally spiced up if you add adults and some alcohol, ha!). I've featured a very small selection below, but only a small selection mind you as I wouldn't want to give away too many spoilers.....

It was fun to play, Alfie was interested to a point but some of the dares and questions were a little old for him. That being said the recommended age for the game is 7+ so it's no surprise really. I think the most exciting part of the game is watching the hand move around and wondering who it's going to pick, it's actually quite creepy to watch it slowly moving around and watching it slowly raise its finger and point. 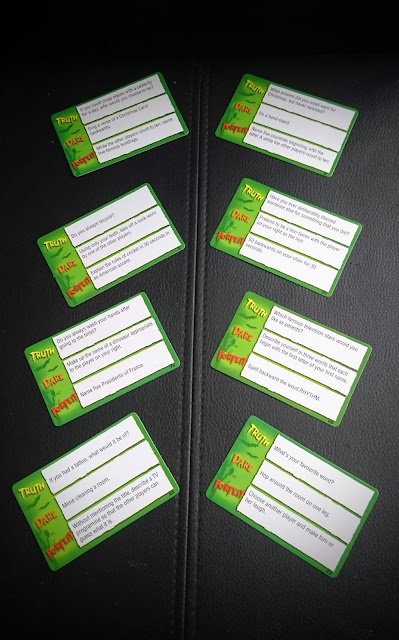 Overall this is a fab family game, it's alot of fun, very interactive and you never know what you're going to have to answer or do or act out. It's such a simple concept and I think that's the appeal of this game and just why it's great for the whole family. Also, because of the nature of the game it means that alot of people can play so you can get the whole family involved. What a great game for Christmas!

* Please note I was kindly sent the game free of charge in exchange for an honest review, all thoughts and opinions are that of my own.