I usually write my weekly round up post ready for today but for some reason I'm struggling to sum up my week because only one thing has been dominating it.

On Wednesday I left a job that I love and that's why it was so difficult to leave because there wasn't a day that went by that I disliked it. Of course I had days that weren't so good but I can hand on heart say that I am so pleased I made the decision at the beginning of the year and took the step in practice nursing.

I don't even really know where I'm going with this post, so bear with me! I'm going to rewind back to the end of last year, we'd just moved and I knew that my maternity leave was soon going to be coming to an end and a new job was going to be on the cards. I'd already been offered a community nursing job which I'd accepted but it was for 4 days a week which was 1 more day that I ideally wanted and I was having lots of concerns about it but accepted it non the less as having a job was better than being jobless once my mat pay had stopped.


In the run up to starting this job I entered quite a dark place. To be honest I haven't talked about it much, I did offload to a couple of people and they know who they are (thankyou for keeping me sane) and up until this post I haven't really talked about how low I was really feeling. I felt incredibly overwhelmed with the return to work looming and not returning to a job was familiar with or colleagues I knew was hard to digest. I finally accepted that things weren't good for me emotionally when I had a 'new to the area' visit from the health visitor. She was one of the nicest health visitors I've ever met and she randomly asked me how things were with me which is a question I wasn't expecting. All my concerns, worries and emotions kind of came tumbling out and I had to fill out another PND questionnaire (I was borderline after I had Alfie but managed to sort myself out quite quickly), this time I scored quite highly, naively I never even gave PND a thought 9 months after birth but I guess anything's possible. I just want to add that I didn't have PND but I was on the borderline which improved over a few weeks. I was also struggling with Alfie's behaviour at this point which was making things even more tricky for me trying to manage my feelings, remain calm, unpack a house and get used to a new area and all of this really got on top of me. After chatting about things with the health visitor and knowing that I absolutely didn't want any medication I agreed to being referred for some talking therapies.........this all seems incredibly ironic considering that where I was referred to is where I refer patients to now for help! I had my reservations but thought what have I got to lose. I saw the health visitor every couple of weeks for a couple of months, this was purely for me to chat to her nothing to do with the kids as she was so complimentary towards them which when you're feeling like a crap parent and a total let down is reassuring.

Fast forward a few weeks and I had a phone consultation with the talking therapies people who did feel I'd benefit from some CBT (cognitive behaviour therapy), I was still feeling really quite anxious about things and having loads of irrational mood swings and teary moments (which is very unlike me), things weren't good between myself and Adi and I was spending every day worried about something. I'd convinced myself I should be a stay at home mum and Elarna was still far too dependent on me for me to leave her yet. Not long after I'd had this phone consultation I had a face to face appointment for my first appointment. After my first session I decided that it most certainly wasn't for me and didn't attend anymore and knew I had to dig deep and get myself out of this crazy way I was feeling. So I tried to start looking forward to my new job and starting a new chapter.

I started my induction, it was hard as it was miles away from me and it was taking me 90+ mins every day to get there and then back again, it was horrendous and I had 2 weeks of it but knew it had to be done, but on day 3 I had a phonecall........was I still looking for a practice nurse job and would I like to go for an interview. Well rightly or wrongly I thought what the hell, might be interesting so I went for it and got offered the job on the spot. I do believe in fate and I think in this instance fate was trying to tell me something so I took a leap into the unknown and accepted it. 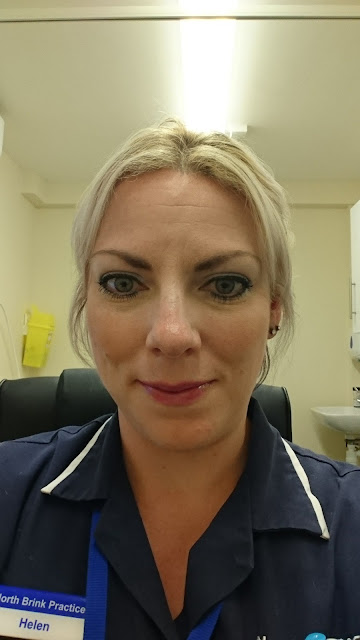 So I started my new job as a practice nurse a couple of weeks after having the interview. I was looking forward to it, they could offer me 3 days a week (all be it long days) and slightly more money than I'd be on as a community nurse. It was the best thing I could have done. As soon as I started I had a good feeling about things, the team was lovely, everyone welcoming and I liked the concept of what the surgery offered (same day clinics, triaging as well as normal practice nurse competencies). After a month or so I started to feel like me again, I was happier, the weight that I was carrying on my shoulders slowly lifted and I started to feel positive about the future. Taking this job was one of the best things I could have done at that point in my life and that's why it's been so hard to leave.

I was never actively looking to leave this surgery the only thing I'd said to myself that if a job came up closer to home I'd be interested. The surgery I was working at took about 40 minutes (on a good day) each way and often longer as the road is rubbish. I have been working 8:00am - 6:30pm so I'm out the house a good 12 hours so yes it's been tiring but still I've never been miserable.

I randomly applied for a job in the summer, I was browsing, I'd had a bad day and I applied as I saw a position 5 minutes away from where I live and thought what the hell I'll apply, I genuinely thought nothing of it until they offered me an interview (weeks later)........and then offered me the job. Ohh crap were my first thoughts, I hate decision making!! I knew deep down that working closer to home on slightly less hours and been offered a bit more money was a no brainer so I took to the job. I've had a 3 month notice period to work, it's such a long notice period, it makes you question whether the decision you've made is the right one. Who knows, time will tell I guess but I'll never know if I don't try so although I'm very sad to leave my current surgery behind I'm looking forward to starting (yet another!) new chapter.

So I left on Wednesday, I had a great last day, lovely nurses on that day, we had a lunch out and I was treated to some lovely gifts.I did leave with a heavy heart and it was awfully hard to say goodbye but I'm not going to lose touch with the girls, definitely not, they are too nice to not see again. I have alot to thank this surgery for, it pulled me from a dark place and I'm pleased I took the job. If all goes to pot I've been told I can go back which is lovely to hear but for the moment I'm looking fotward to being able to spend a bit more time with the littlies and seeing what the future holds.

In other news, a quick round up of this week, the weekend was ok, we had a little birthday party to go to, then I had some Lenny time and snuggles and the rest of the week was spent working and washing the huge mound of clothes that had appeared! 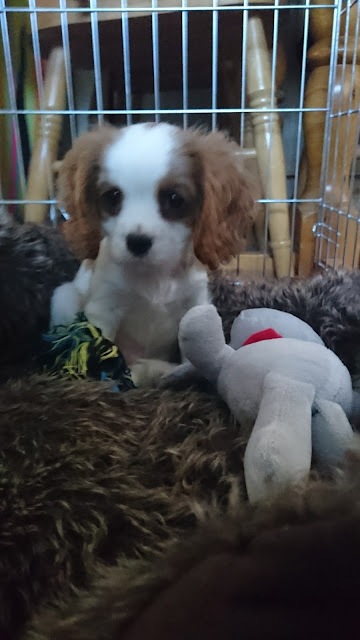 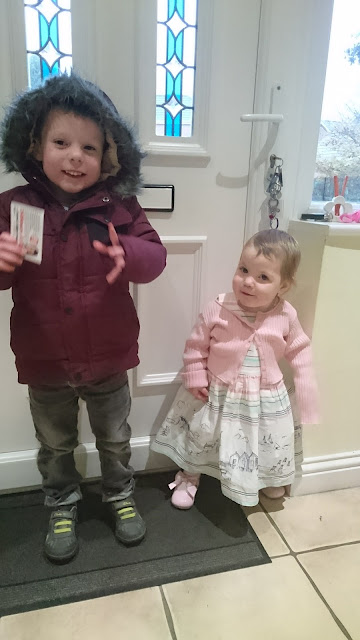