Every night before I go to bed I gently push Alfie's door open (while cursing the door sign that makes a racket on opening) and hope I don't wake him. I creep in and tiptoe over to his bed, I gently tuck him back in from where he's escaped the covers and give him a kiss on the head. I tiptoe back out and head to Elarna's room. I stay in the room for a few minutes after tucking her in and watch her sleep, I love hearing her snuffly breathing and watching her chest rise and fall - I am so lucky. They are so unaware of everything around them. So carefree and so innocent. I want to protect them, I want to shield them but more and more I worry that I am unable to do this.

The world right now is a very angry place. This makes me incredibly sad. When I heard about the horrific attack recently on the Normandy church my heart sank. Another awful and unprovoked attack on innocent people going about their daily life. Not only did my heart break for the attack but for France also, they are being hit hard at the moment and it's just terrible. All these innocent lives that have been lost recently, families who have to learn to live without a loved one, wives without husbands and vice versa and children who will grow up without parents. When did the world become so twisted? 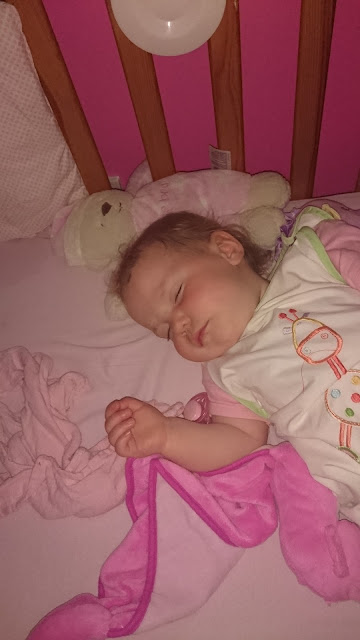 Often when I look at my children sleeping peacefully I wonder how I can protect them from these evils? How can I keep them safe? The fact of the matter is that I can't fully, this is the world we live in right now and as much I want to try and ensure their safety I can't desensitise them from everything in the world. Of course, at the moment they are both too little to understand what is going on but it's only going to be a matter of time before I feel we will have to talk things through with them - more so Alfie. When he starts school he will become exposed to more of the world, to bullying, to things not always being right, to disagreements and to people not always getting on and you know what, that's cool because this is life and that's ok, after all he has to learn that not everyone is nice. My worry is how can I protect him from being exposed to all the horrific things that are in the news at present, a difficult situation. 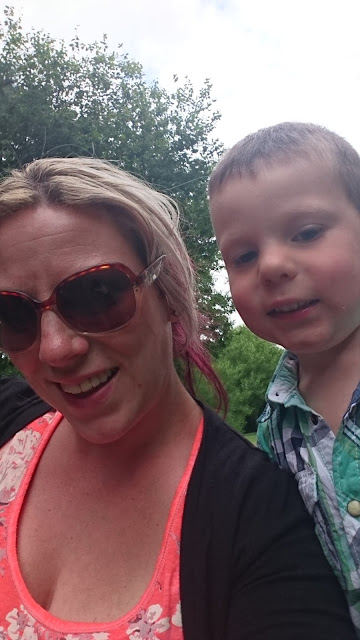 It's something that concerns me greatly, what is life going to be like for them in a few years time? How many more innocent people have to lose their life before someone realises that it actually achieves very little. It's something that unfortunately I am going to have to accept, my kids are going to grow up in a place that was very different to mine where I didn't have a care in a world. At one time the risk was playing out the front and potentially being snatched by a paedophile but now it's much bigger than this...... is it safe to get on a train or plane, are we going to get bombed or attacked? How utterly sad that I don't feel I want to take my kids into central London?! Plus my husband commutes and works in Canary Wharf adding to my concerns. I certainly wouldn't feel safe taking them on the tube, although I have in the past but not without caution. Regardless of all this evil in the world I will not let them take away my kids childhood so we will continue to do enjoyable touristy things around the country and I will try not to let it concern me too much . I do think that we should all be aware and when we do visit tourist spots it is probably always going to at the back of my mind, what if something were to happen. Of course, I don't go through every day thinking this otherwise I would turn into a nervous wreck but I guess we just don't know where the next attack will be. It could, unfortunately be anywhere at anytime.

Terrorists/extremists won't win though, I won't let them, I will not let them ruin my kids childhood, I'm extremely angry at them for trying but I will do my utmost to protect my children and shield them from the evil in this world.

This got me thinking, how do other Mums and Dads feel about this? Do we all feel a bit concerned or should we try not to be too worried about it. So, I threw it out for discussion and asked some fellow bloggers for their thoughts. There was a big response and the answers were mixed. Have a read!

Sarah my lovely friend from run jump scrap doesn't tend to worry unless something had just happened in a nearby city, her hubby the other hand is much more concerned especially if any sort of risk.

Steph who blogs over at hellobabyblog says she feels more wary but gets on with things as doesn't want to live her life in fear. She does say that she would be more cautious going to stadiums and larger events that are perhaps more of a target.

Mel from diary of a jewellery lover was actually in Orlando at the times of the Pulse nightclub shootings, she says it's important to take sensible precautions but tries not to let it worry her too much otherwise the terrorists/extremists will have won.

Dave on the other hand is quite philosophical and feels if it's going to happen it will happen and doesn't let it worry him, he feels there is no point in hiding away for something that may or may not happen. Dave blogs at The Dadventurer.

First time valley mam, Jo says you can't let them win and as she works in large stadiums and has had terrorist training feels herself and her colleagues are prepared but thinks it could happen anywhere in the country not necessarily just in cities as such.

Tim who blogs at slouching towards thatcham thinks that life goes on and doesn't worry about it. He thinks you are more likely to get killed in a road accident than a terrorist attack -  he probably does have a point there!

Kate from counting to ten blog says she's ok taking her kids into London herself but worries massively if someone else was to take them as she feels she would go to extreme lengths to protect them. Kate makes sure that when her children to go out without her they go with lots of contact numbers just in case something were to happen.

Sarah who blogs at arthur wears feels hugely concerned and paranoid about an attack, like my husband hers commutes to London and we both feel a bit concerned at this. She says it's hard not to feel a little fearful about it.

Beth over at twinderlemo feels it wouldn't stop her travelling even though it's at the back of her mind. She feels the media has played a big part in scaremongering and I feel that she is most definitely right there.

Chantelle from mama mummy mum worries somewhat but feels life can't go on hold for the 'what ifs', we can't let the fear stop us living.

Louise who blogs over at a strong coffee to go says it does worry her to a degree but it certainly doesn't impact on her life or stops her enjoying things.

Emmys mummy Claire tries not think about it and echoes Tims thoughts as said above  -you are more likely to have a car accident than be involved in a terrorist attack.

Kids days out reviews  blogger Joannne was actually in Brussels last week for international day, she didn't think anything of safety until her friend mentioned it . Joanne felt reassured that there was alot of security  however they didn't venture into the city centre.

Emma, farmers wife and mummy on the other hand is petrified and has actually stopped going to cities and even to the Trafford Centre. She now does most shopping online and feels like she would rather cocoon her children than take the risk. It's something that very much worries her.

Pamela from life with munchers feels absolutely fine in her home town but is filled with worry and on heightened alert at other places.

Natalie who blogs at diary of an unexpected mother says even though her family life half an hour out of London with a husband that works big events the thought doesn't cross her mind unless someone mentions it (sorry Natalie!).

Lastly and the one comment that stuck out for me was from Sarah at twins make five - the recent attacks have made Sarah more determined to show her children the world and to travel as a family. She wants to expose her children to different cultures and ways of life to broaden their minds and make them tolerant of differences.

I was actually blown away by the amount of people who commented on this topic, I would have loved to have featured everyone but would have been here all night. I would say that the general consensus seems to be that we should not be fearful and try not to worry otherwise these extremists will think that they have achieved what they want and have won. That being said most people did say that at the back of their mind there is absolutely some concern and worry for the safety of ourselves and children.

So please tell me, what are your thoughts? Concerned or not so?