' A diva is a female version of a hustler' sang Beyonce a few years ago - it's one of my favourite Bey songs and one I seem to hum and sing with regards to my daughter. She is THE biggest diva going. When I was told by several people that I would have my hands full with a girl and that I would notice a big difference between a girl and a boy it wasn't a lie.

As Elarna approaches 16 months old it is clear that she is a very independent and stubborn little girl.  She is so strong willed, watching her develop into such a little person with this attitude is quite remarkable.

To be honest we have seen her independence grow and wanting to do things by herself for the last couple of months I would say. It started with small things like wanting to feed herself or wipe her face to then wanting to climb up the slide by herself (cure Mummy having cold sweats) and then slide down with minimum supervision. She is now wanting to climb on everything and zips around on her ride alongs at some speed, it's petrifying - the girl knows no fear.

This is quite a contrast to Alfie who wasn't doing these things at her age. He was very physical and was climbing but I would say slightly slower than when she is. He was beginning to become more adventurous but not to the same degree as Elarna. I would absolutely agree with people saying that the 2nd child advances quicker than the 1st as Elarna watches Alfie like a hawk and is absorbing everything and then tries to copy him. 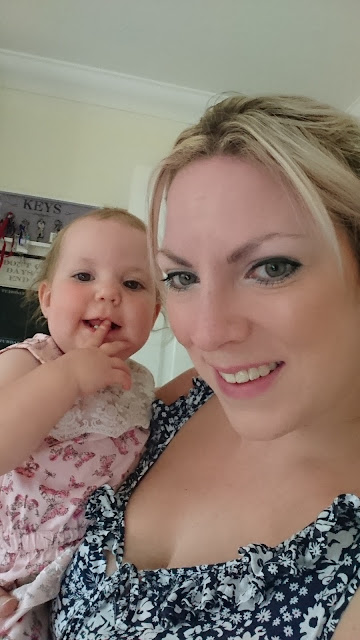 It's not just about her independence though her strops are something else. Once again very different to Alfie who would tend to wail and cry and throw the odd toy about but it would be over within a couple of minutes. Elarna on the other hand throws herself on the floor head in hands and sobs, screams and screams till she's bright red in the face - and god she is loud. She might roll around a bit and then she'll stand up and hold her arms in the air to be picked up.....if we don't pick her screaming ensues once again. These diva strops can just happen for no reason but more especially if she is being told no or if we stop her from doing something. This morning, for example I stopped her going into the cupboard and you would think I just threw her favourite toy away - epic strop.

When we were away on holiday with our friends (who have a daughter) they referred to Elarna as feisty......they hit the nail on the head - they also gave us an insight of how a four year old girl strop compares to a four year old boy strop (louder, intense and quite long). Alfie's strops these days are more like the grumps...... think throwing toys and hiding. I think when Elarna starts hitting Alfie's age we may aswell hide under a rock! I definitely need to start preparing for the terrible twos I feel and I daren't even think about the teenage years! 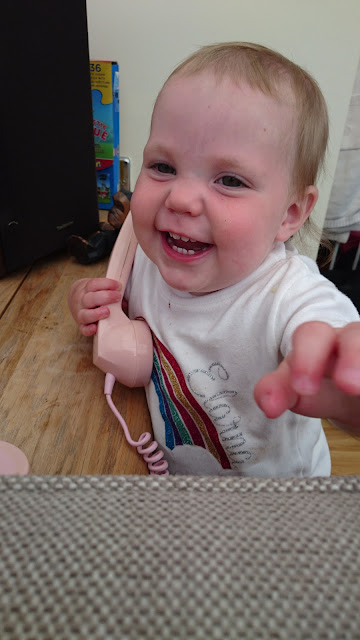 My husband jokes that she got her attitude from me, pffttt I have no idea what he is going on about - I'm so laid back and stress free (ha!) I'm sure she gets her temperament from hubby! That being said I do love seeing her feisty side come out at times, I think even at this young age is shows that she is going to be a very determined and eager individual. She is a little firecracker and I wouldn't change it for the world but I do however DREAD the terrible two's with her, Alfie was bad enough so god knows what this little diva will be like. 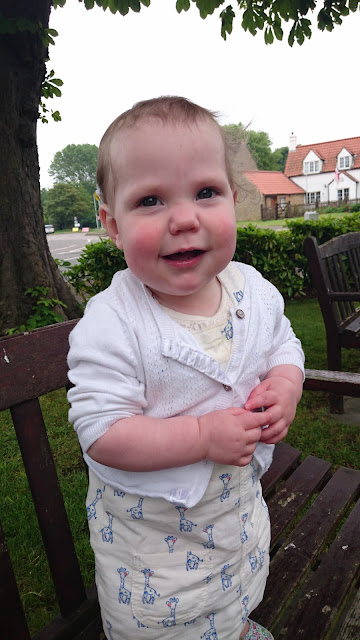 So yes, this is my daughter - as I have said previously don't be deceived by her cute and angelic exterior, it's merely to draw you into a false sense of security because beyond this sweetness lies a devil, a cheeky little diva ready to unleash her wrath!

So come on guys, I want to know, what are your experiences of girls vs. boys with regards to temperament and behaviours? I'm intrigued.