Making our House our Home.

It's hard to believe that a year ago we were looking around at houses trying to find our perfect property. My timehop has been reminding me just how stressful house hunting was and how annoying trying to find a home that ticked all the boxes was! We have been in our home now nearly 9 months and as always I'm becoming increasingly more impatient about wanting to get it looking nice and how I want it. Before we moved from Suffolk we had more or less got our house how we wanted it, the rooms were decorated, pictures were up and we were happy with it. We had been there for 6 years so there were of course things that needed doing but these were mostly cosmetic and easily resolved. Moving into a 10 year old house I guess comes with things that need to be fixed or sorted but it's such a pain having to do little bits at a time. Like I said I am impatient! 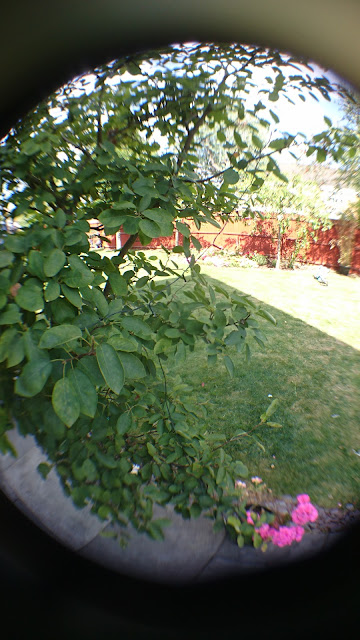 I'm getting to the stage where I want to start decorating the master bedroom, re-do the en suite (which needs a huge overhaul) and sort out the conservatory. The previous owners had redecorated prior to putting the house on the market so it's fairly neutral which is good but they clearly did it in quite a rush as they made a terrible job in some rooms, the paint work is shoddy to say the least.

So far we have decorated the dining room and Elarna's room but that's about it. I picked up some wallpaper samples for a feature wall in our bedroom but I'm still undecided about the look I would like to achieve. I'd like it to be quite glitzy and boudoir but trying to hubby that this would look good is proving to be some what of a challenge .......... plus he hates wallpapering (although I only want 1 wall doing!).

However, it's not all about these cosmetic touches, there are much bigger jobs that need doing and as the months go by it's clear that eventually we are going to have to pay out for bigger jobs that need doing. It's such a pain but eventually we will have to bite the bullet I guess and have them done. It's to be expected with a property that is not new and although it's not an old house as such there are little niggles that need resolving. We already had to replace the oven as the previous one stopped working so after spending thousands to move we then had to dig deep and get a new oven (which is amazing but not what you need to be buying straight away!). We've had to get someone to sort the conservatory door out as it kept dropping when we tried to lock it and most recently we had a leak from one of our showers so hubby had to rip the base out and reseal it but because of this has meant we have water patches on the ceiling from where the water was leaking through. We also still need to sort out our study (think dumping ground) and make the spare room much more presentable than what it is at the moment.

We probably need to replace all of the windows at somepoint because some of these are so stiff to open but not only that they have no safety catches on them so are terribly unsafe in the kids rooms which I hate. I'm slowly replacing the horrible curtains that the previous owners left and this is an expensive job in itself as all of the windows are quite wide! I've also been looking at blinds for a few of the rooms such as these from the company Velux as I prefer for some rooms to have blinds rather than curtains but again a bit of a mammoth task. So far I have sorted curtains in the dining room, living room and our bedroom (although these are still waiting to go up as when I took the previous curtain poles down they literally took away half the wall with them - god knows that the previous owner did!).

Then we have the garden to sort out but this is more hubby's domain - he has big plans for next summer including a pizza open, outside kitchen and water feature. I'm still trying to convince him to build me a sunken hot tub, ha!

So as you can see lots to be done to make our house our home and it may take a few years to get it how we want to but it is starting to feel a bit more our style. I need to stop stressing too much about it and just accept that it can't be perfect in an instant.

Any tips for me to help make our house a home?