So after our first week in the Eurocamp tent we were headed towards a tiny little place called La Bazoque to a nice warm and cosy gite with a toilet and running water and.......wifi (can you tell I was super excited by all this!).  On the way to La Bazoque (we had to be out from Eurocamp by 10am and couldn't arrive at the gite until 3pm) we stopped off at Caen. Not a massive amount to say about Caen, as far as French towns go it was nice, full of chocolate shops, patisseries and these weird models in windows....(see below). We had a nice lunch while we were there but we won't be returning to the restaurant due to Alfie having the mother of all tantrums ......not even a breadstick or silly faces could stop it *hangs head in shame!*. 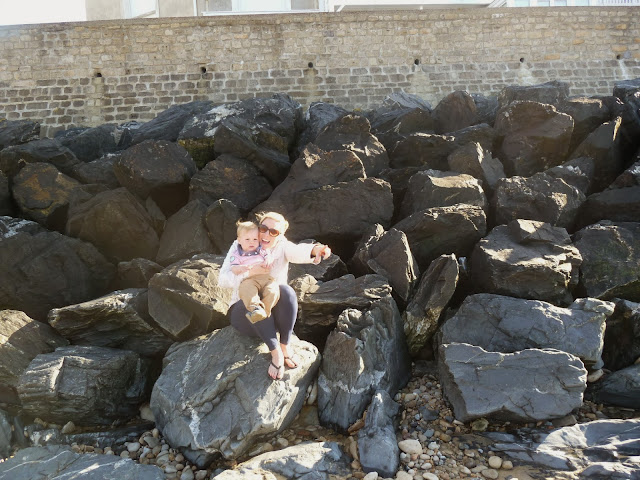 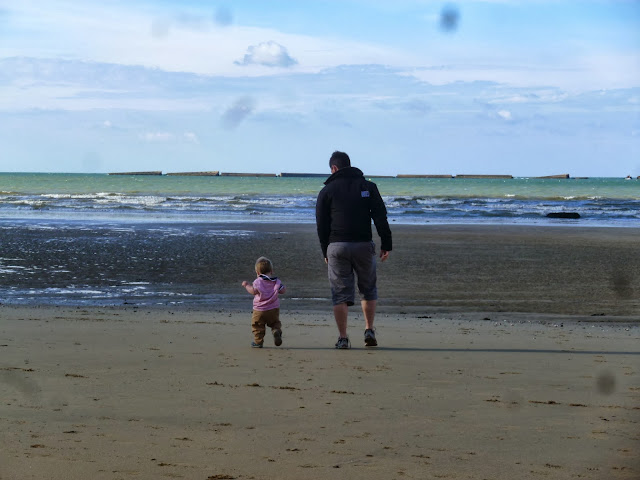 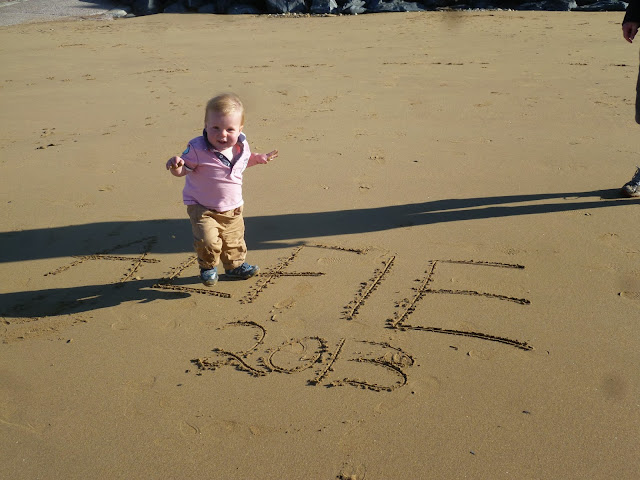 Wednesday came and we went out on another military filled day, I know you must be thinking how much military stuff can a girly, girl take?! Well I don't really mind, I've been brought up with it and actually find it alot more interesting now I'm older and am not a stroppy teenager being dragged around exhibits! This particular day involved visiting the American War Cemetery and Memorial and Omaha Beach, again this was another moving and poignant visit, even more so as it was 9/11 and the security seemed to be very high on entry to the museum (which for free is an excellent museum , however Alfie decided to have another massive tantrum so I spent about 45 minutes outside being stared at while my son took to screaming and crying and nothing would console him, nightmare! I nearly had a Mummy melt down at this point! 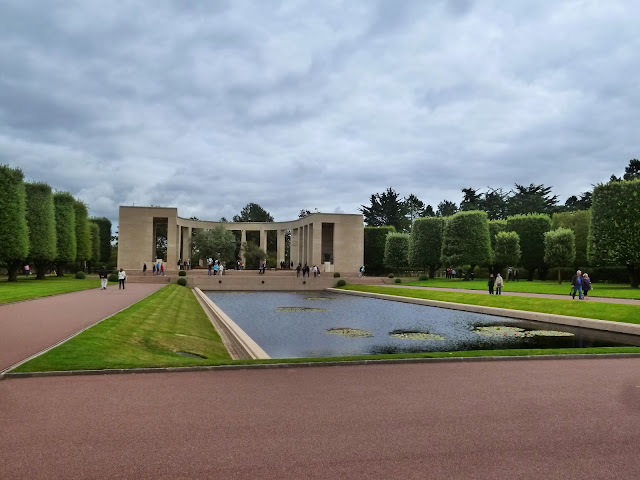 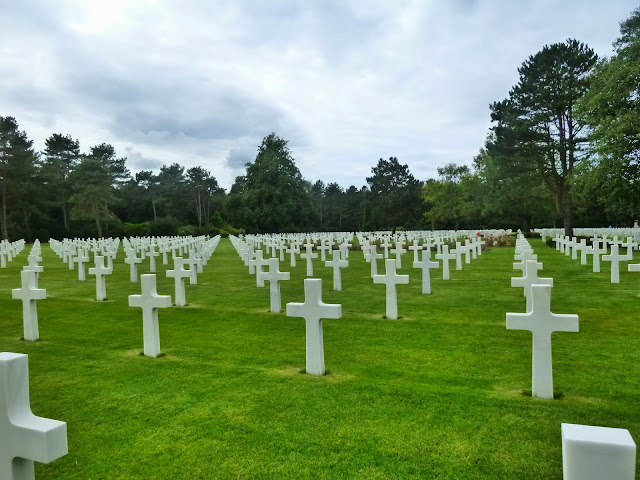 On Thursday we did yet more war related visits (mainly on my Dads & Adi's requests!). We started of going to Overlord Museum which is full of tanks and military vehicles, after about half an hour though I have to admit they all seemed to merge into one another, my Dad however was in his element! There is only a certain amount of militaria I can take and after this particular day I think I'd had enough and definitely wanted Friday to be less hectic! After this we then went on to St Mere Eglise which is famous for the American Paratroopers landing and some getting caught on the church. There is also an excellent museum called Airborne Museum which I particularly enjoyed as it was the only museum we visited with a massive selection of medical supplies and some nurses uniforms on display, they also have a Waco glider on show which is so bizarre to see that Soldiers actually landed in them!! 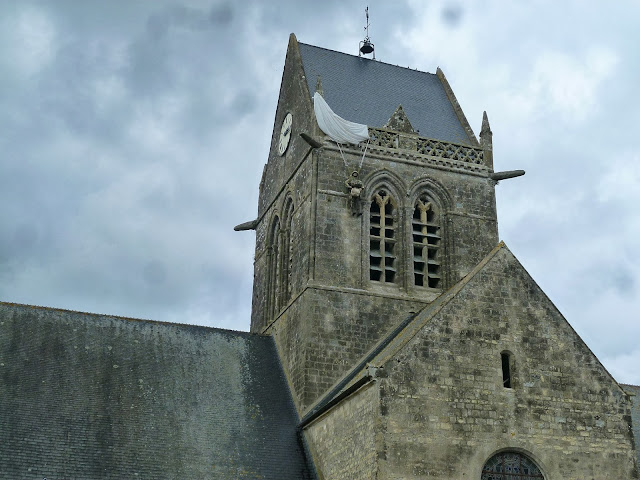 After all this military exertion we decided to take full advantage of the Grandparents and have a meal out. We ate out at the beautiful Manoir de la Drome a Michelin starred restaurant. With it being a Thursday we were the only ones dining, it was like having our own personal Chef! The food was sublime as was the wine and the service! 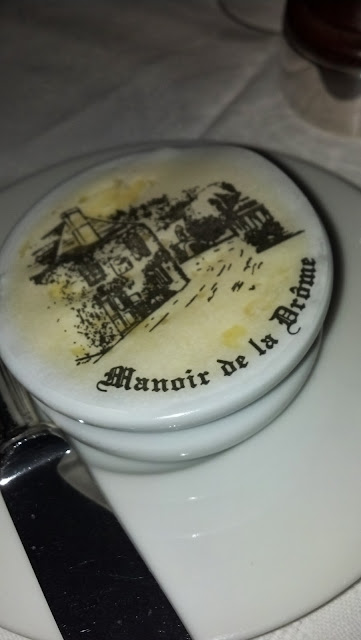 On Friday we decided to go to Port en Bessin for a relaxed day and some seafood, it was a really nice little port and a perfect way to round off our holiday. We collected some shells and watched the tide come in before having a nice lunch in Fleur de Sel, it was all very relaxed after the manic few days we'd had! 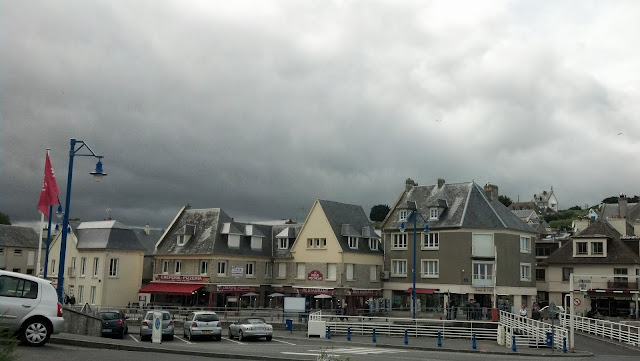 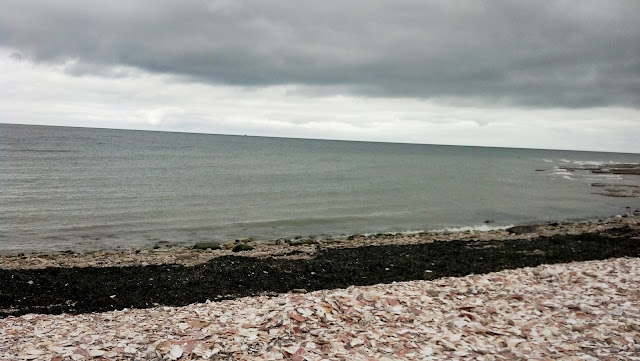 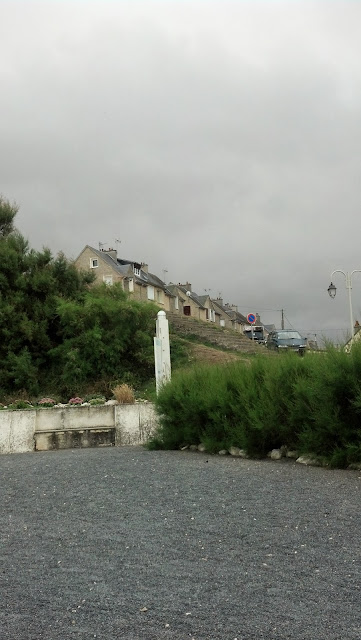 So that sums up our 2nd week of our holidays! I'm exhausted after writing all of that, I can't believe how much we managed to cram in AND we still didn't visit half the places we could or eat enough Camembert or visit a Calvados farm!! We obviously need to go back to the area :-) I think Normandy has alot to offer and I would definitely recommend it, it was nice that the weather wasn't overly hot as it meant we could see alot of things and not sweat our asses off!

I hope you've enjoyed reading about my holiday and if you want anymore information on the restaurants and things we did you can click on the links provided but also access my Trip Advisor where are there more of my reviews in more detail.

Posted by Helen - Blogging Beautifully at 10:30 am