As you've probably gathered I've recently been on holiday to Northern France, more specifically Normandy. As we're going to New York in December we needed slightly more of a budget holiday so opted for one week of Eurocamping and the second week we joined my parents in a gite. Now I am most definitely NOT a camping girly but the price to Eurocamp in one of their classic tents was really quite good (£262 in total for 1 week including return ferry, welcome pack and essential pack).

I decided to look on the positive that we were going on holiday and it would be then on referred to as glamping!

We stayed at La Vallee, Houlgate which was a fairly big camp site with 3 very well maintained swimming pools and waterslides, play area, a restaurant and bar. As far as the facilities went it was ok. The shower blocks were cleaned regularly and the camp site was well lit during the night. The tent itself I have to say was well equipped but to camp with a 16 month old was just so impractical.

When we arrived we weren't told just how cold it had been getting at night and on our first night we all froze, poor Alfie he woke up freezing which meant Adi had to sleep next to him to keep him warm and the next day we had to go out any buy warmer night stuff! Also Alfie fell poorly when we arrived (marvellous start!) and he ended up getting a really nasty nappy rash which meant none of us really slept through the night for about five nights, not good :-( Other than that we tried to make the best of the situation and spent a fair few days seeing what this part of France had to offer.

Staying near Houlgate was a perfect base as we were near to Deauville, Trouville, Honfleur (in fact we didn't make it to Honfleur as we were busy exploring everywhere else!) and many other popular places. Houlgate is a lovely little seaside town with a nice sandy beach which Alfie loved. 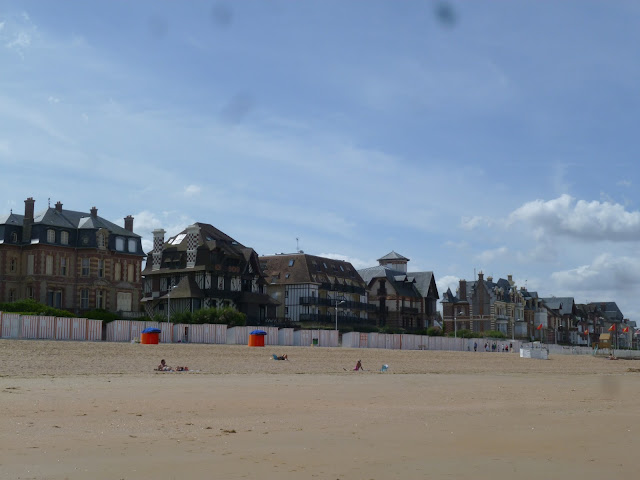 We spent a lovely day looking around Trouville-sur-Mer and enjoying the seafood on offer (moules marinieres & frites....yummy!) we then drove the short drive to Deauville which is a very rich and parisian seaside town full of high end designer shops and is a celebrity magnet.

Now as I'm a bit of a celeb stalker I got  a tad over excited when I saw a red carpet and a lot of paps hanging about, I then discovered that it was the Deuville American Film Festival (eek!) so my mission was to 'celeb spot' (it didn't go overly well mind you!). Opposite the stunning beach (and it's one of the nicest I've seen) there is a row of ridiculously exclusive and expensive hotels (Villa Cartier and Normandy Barriere plus a couple more), I later found that Channing Tatum, Jamie Foxx and Cate Blanchett were some of the celebs staying in Villa Cartier but that was before we'd arrived. I did however manage to snap Ryan Coogler (a director and actor) in Villa Cartier and we spied Michael Douglas but I couldn't get any pictures of him as we were being 'moved on' by security!!

Apart from the beautiful beach there isn't actually much to do in Deauville, there is alot of boutique and upmarket shops which we wandered around but unless you have stacks of cash it's not much fun just window shopping, we did however enjoy a very lovely meal at a restaurant called La Flambee which was a nice way to round off a busy day.

Adi also treated me to some rather lovely chocolates when I found out that I'd passed my final Nursing exam! 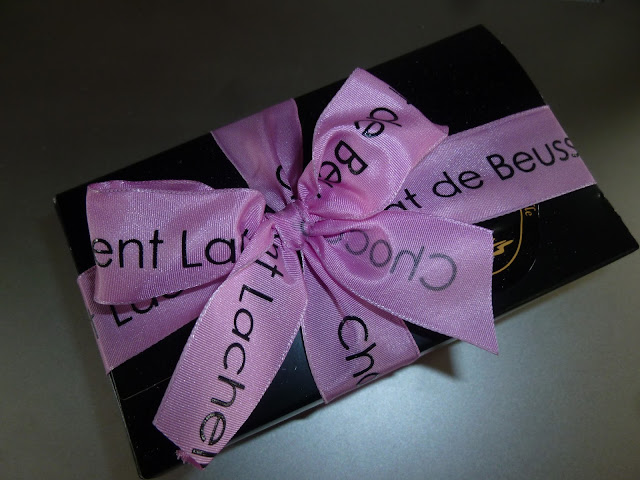 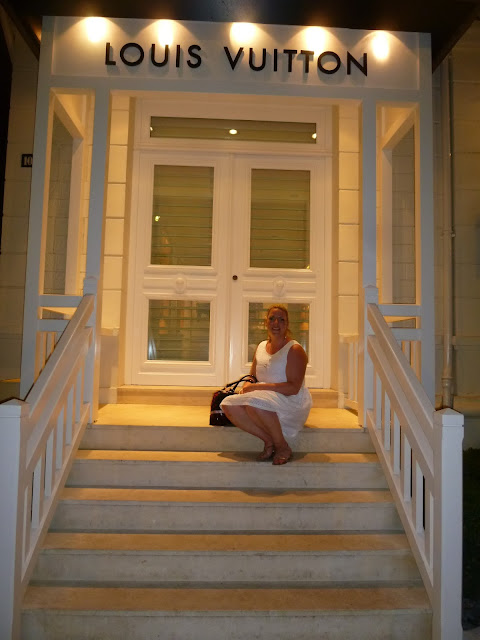 Knowing that our 2nd week (when we would be staying in a gite) was going to be packed with military history and museums we took Alfie to Cerza Zoo , it's actually more like a safari park really. He loved it, we had a ride on the safari train first before we were able to wander around at our own leisure. You could choose to do 2 different routes which vary in length  we did one route and then did the 2nd (which was so steep!) after so we didn't miss anything. It was great, so much to look at and lots of conservation projects happening which is always good to see. Alfie was particularly taken with the Giraffe's! 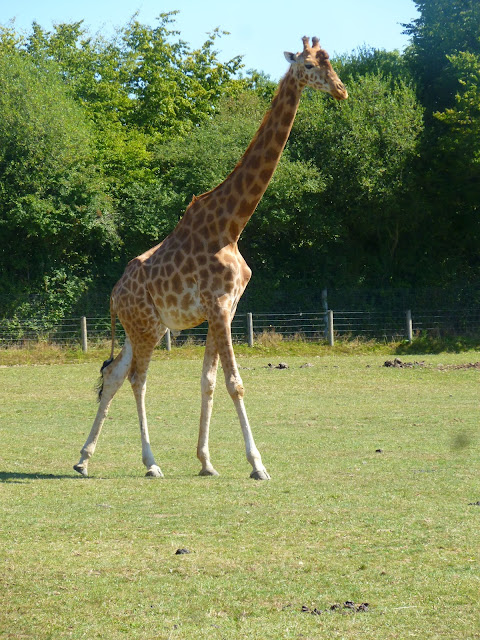 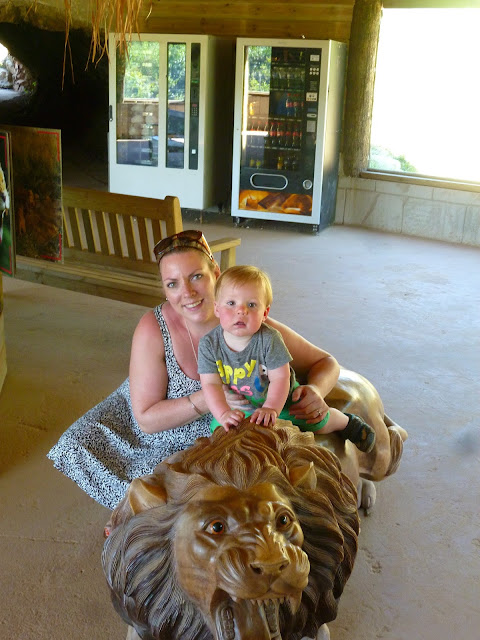 So that more or less wraps up our first week, all in all we did have a good week, we were so lucky with the weather and most days were very hot up in the 30's, it was only the last day we had some rain.  With the weather being so nice we did take a couple of days just to spend with Alfie by the pool which was nice, I think it's important to have some relaxation when on holiday! 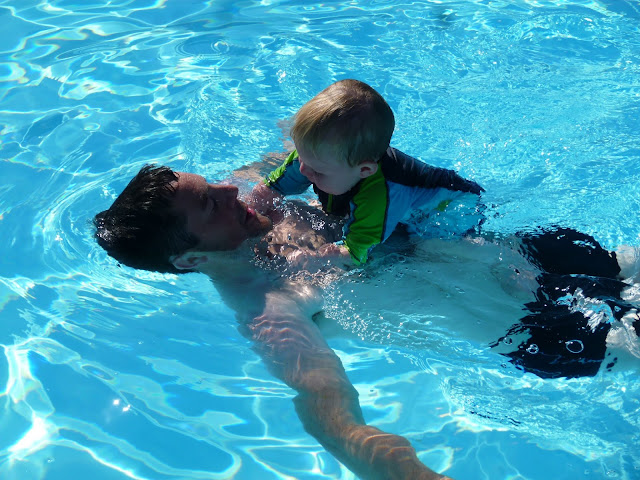 Would I camp in a tent again??? No, but I would consider staying in a Eurocamp mobile home as we have done in the past. I missed my home comforts and it really wasn't practical with a toddler that just wants to touch everything and explore.

If you want to see more of my reviews about where we visited and ate you can access my Trip Advisor profile by clicking the link: Trip Advisor.

My next post will be up soon about what we got up to in our 2nd week of holiday where we stayed near Bayeux.