Every so often an email drops into my inbox and it immediately appeals. This happened recently when the well known brand Whiskas contacted me about the 'Kitten Kollege'. Many of you know I'm a big cat lover, don't get me wrong I love dogs but there is something about cats that appeals. They're cheeky, lazy, cute, fluffy and fun but also very independent. My 2 fluffies, Winston and Louie are a tad cheeky and alot naughty. In fact I go as far as to say they are the 'ASBO' cats on the block.


Imagine if cats went to school, or perhaps to the 'Whiskas Kitten Kollege'. What would my cats be good at and perhaps not so good at? I'm always fascinated by cats and their nature, they are such intelligent creatures and both mine exhibit a variety of different skills.


Hmmm, well I guess I should start with Winston, the older and perhaps wiser of my 2. Winston is a bit of a grumpy old man at times, he's about 11 years old now and can be a little temperamental, that being said he does love a tickle behind the ears and to curl up on my husband at night. However, everything is on his terms and his terms only, if he doesn't want fuss he'll let you know. 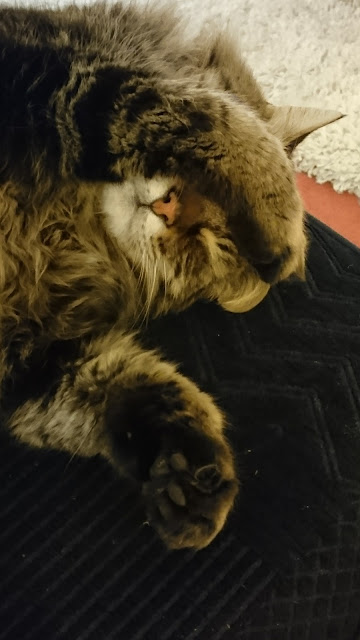 Louie is the younger of the 2 and like an annoying little brother to Winston. Like all younger siblings he can be irritating, lively and just a little bit of a pain. Originally Winston and Louie didn't like each other much at all but they've learnt to live with each other the years and I like to think they love each other in a cat way!


When thinking about if they attended the 'Kitten Kollege' there is of course subjects that both of them would do better in than the other. Winston is quite studious, he's all about precision and perfection. He takes everything in and enjoys learning from experience. He sleeps to gain his energy and to be the best that he can in a variety of subjects, while Louie tends to be, well .....lazy. Winston would most definitely get an A in English Literature and History, these subjects require concentration and studying which he's really very good at. He would also get a B in Home Economics, he's very good at sorting out his own meals........., anything goes!

Louie is really quite the opposite to Winston and although very lazy during the day, he's a bit of a night owl. Not good for the concentration levels during the day hey Lou! Louie is often found hiding out of the way, usually upstairs asleep making sure he has plenty of energy for later in the evening. Louie would get an A in P.E, he's a bit of a loon and can't focus on things very well, he likes to jump about and do all sort of crazy leaps and springs especially when playing and hunting. He would also get an A in Home Economics, he is a total greedy guts and eats anything and everything going. He would eat any type of cat food if he could even if it's the wrong sort like kitten food or countless treats if he had his way.......even if he's not meant to, he can rustle out his treats from a mile off, he's stealthy about it too, often we discover just an empty packet strewn on the floor. He would probably get a D or E in anything that requires full concentration or for him to be quiet, he's quite the vocal little creature, especially if he doesn't get what he wants. I imagine he would be told off in class for being the noisy one! 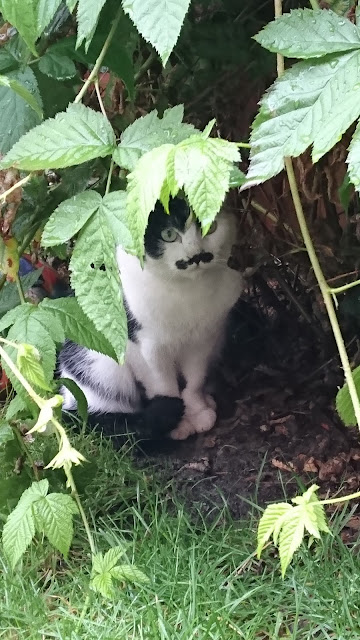 So as you can see, both cats ...... very different. They are very much their own characters, I would think attending the 'Kitten Kollege' might teach them a thing or two......well one could hope. I'm sure every cat owner has many a story to tell about what their cat or kitten gets up to, they certainly are entertaining creatures. If you fancy having a look into more detail about what the 'Kitten Kollege' offers have a little watch of this video for more of an insight......

So now you've seen how I grade my 2 kitty cats, how would you grade yours? What would they be good at and not so good at?

* This post is in collaboration with Whiskas, but all thoughts are my own. Check out their website for more information on their cat food and their You Tube channel for more fantastic Kitten Kollege videos.
Posted by Helen - Blogging Beautifully at 10:17 pm