*The Best Value Prep Schools in the UK

Prep schools have been a staple of the education system in the United Kingdom for many decades, often producing exceptional results and high rates of achievement. Prep schools tend to take students who either demonstrate exceptional academic ability or, in some cases, after they pay a fee. Fee paying schools have been a controversial part of the UK education system for a long time and have traditionally been perceived as something that is only open to the elite and rich and so drives up inequality in our society. However, especially if one looks outside of London, there are many fee-paying schools where fees are affordable to many people. Below, we look at some of the best value prep and all-through independent schools in the country.

Fees at the Bristol Grammar School begin at £2,590 per term for the reception year, rising to £3,150 per term for years 3-6. Bristol Grammar was founded as an institution in 1532, by way of a Royal Charter issued by Henry VIII. It’s stated aim when first opened (and unofficial motto) was ‘good manners and literature’. The school has sat on its current site since 1879. It has operated as a prep school since 1900.

Gateways School is another great option for those looking for affordable fee rates; fees for the reception year stand at £2,625 per term. These fees rise to £3,178 per term for years 4-6. Part of the appeal of this prep school is its small class sizes. While this means a slightly lower chance of securing a place, it is worth trying, as smaller classes are generally better learning environments. 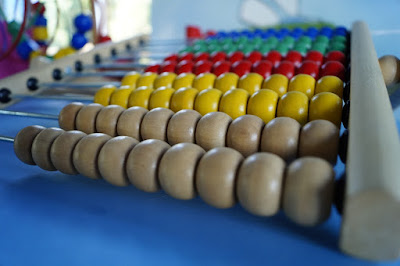 Highfield Prep School has received glowing reports from Ofsted owing to the specialist teachers it employs for subjects as diverse as French, drama, and music. This prep school believes in rigorous and frequent testing, with the aim of acclimatising pupils to exam situations as early as possible. Fees begin at £2,950 for reception up to year 2 and rise to £3,365 for years 3-6.

Brentwood School has received consistently good reports from Ofsted and offers both day and boarding options for students. It is regarded as perhaps the best private pre prep school in Essex. The school teaches boys and girls separately until they reach sixth form age, but all students are free to mix and socialise outside of the classroom. The school sits on beautiful grounds with some 72 acres of open, green space. The school also enjoys state-of-the-art facilities with regular investment in new and improved facilities.
Prep schools used to be something unattainable for most of us, but they are rapidly becoming more accessible and many are now much more appreciative of the advantages of having a broader demographic amongst their students. Particularly bright pupils can also apply to many prep schools based on outstanding academic achievement, opening another route for admission.