Well this week has been dull, and blue, most definitely blue. My phone and meagre selection of photos also tells me I haven't been up to much. The only exciting thing to happen this week was our new addition to the family - Berty. Since we returned from holiday last week the holiday blues have set in and it was back to work on Monday. While I was working, mentally I was still in the Dordogne supping wine and a week on I'm  still dreaming of lazy days, sun and chilled evenings in France.

I have done oodles and oodles and washing, there seems to be washing in every available space in our house, everywhere I look there is a pile that needs folding and putting away (sod the ironing), it's never ending. Luckily the weather has been dry and quite humid so I've been able to get alot out on the line to dry. 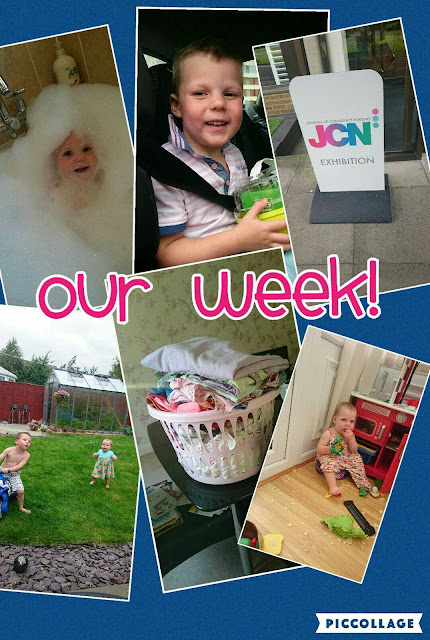 I attended a nursing conference on Wednesday which was good. Run by the journal of community nursing and general practice nursing it was an insightful day with some interesting topics. It was also pretty much on my doorstop so that was pretty cool. Later on that day Alfie had his first settling in session at his primary school, wahhhhh! More about that in another post I think. So overall it's been a bit of a strange one this week, getting back into the swing of work and trying to curb the holiday blues and trying not to think about how much alcohol and cheese was consumed whilst away which might account for any weight gained, arghh!

Quite a short roundup from me this week but I can only write so much about this week! I'm trying to get back on the blogging train but as with everything it is difficult especially when I had a good 2 week break from it (more or less). Amway I'll stop prattling on now, hopefully the weekend will ease the blues somewhat and the next week will be a good one! Have a great week everyone.
Posted by Helen - Blogging Beautifully at 6:30 am