*An Update* Well I have some news to bring you! After letting 'Berty' settle in when we decided to get 'him' out to start handling 'him', it would appear that Berty is actually Betty. Can't quite believe the shop didn't sex her right but then I really should have checked when we got her home - ironically Alfie originally wanted a girl to call her Betty as I mention in this post!

Bet you thought I was about to announce the pitter patter of baby number 3........! Not quite. We do however have a new addition to our family. Let me introduce you to 'Berty the boy hamster'. After much consideration and convincing hubby we have welcomed this little brown furry into our home.

Myself and Aldi are no strangers to keeping hamsters, Adi used to breed them when he was much younger and I have had many over the years during my time working with animals. I was always that person that would re home animals that no one else seemed to wante and I therefore ended up with a menagerie and several of these were hamsters. I'd been thinking about getting Alfie a pet for a while, I am an animal lover myself and know the importance of introducing an animal to promote responsibility and encourage a caring nature and I feel that at the ripe old age of 4 that Alfie is ready for this responsibility. Alfie seems to have inherited my love and Adi's for animals and shows a real interest in all types of creatures, more so reptiles but I drew the line at a corn snake at this moment in time! We would also love a puppy but currently feel that we need to settle in our home a bit more and do a few things around the house before committing to a pup, hopefully at somepoint in the future.

So rewind back to a few weeks ago when we were wandering around the pet section at Notcutts, Alfie was absolutely taken with the hamsters, it was the first time I'd seen him taking some real interest in the smaller animals. It was at this point he asked if he could have a hamster as a pet. It took me aback if I'm honest, I hadn't really thought how to respond to the 'can I have a pet' questions just yet but my default answer was well lets see what Daddy says!

When I spoke to Adi he wasn't massively keen to begin with but after a little gentle persuasion we decided that perhaps it was the right time for Alfie to have a pet. As we were going on holiday we told him that when we got back he could choose a hamster. Before we left for holiday I took Alfie to get all the things that we needed, this added to his excitement but he understood that we would wait until we returned before choosing his pet. He already had a strong idea in his mind about what it would be called and the colour, he had informed us that he wanted a girl hamster, she was going to be called Betty (no idea where he got this name from) and that he wanted her to be brown. 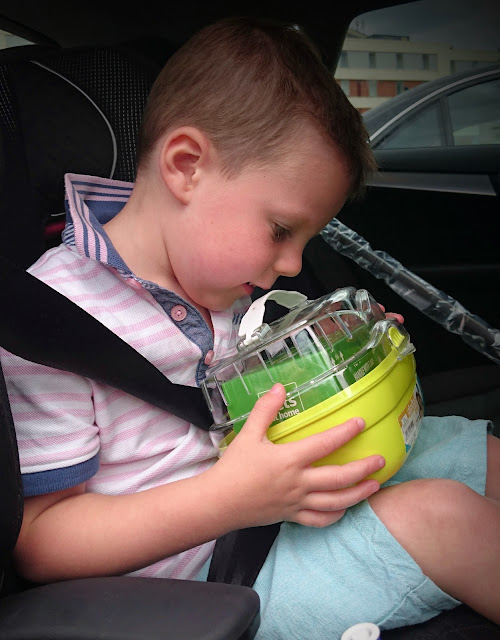 Before and during our holiday we have been talking to Alfie about Betty, we needed to make sure he understood that she would need feeding, water, to sleep, that she would be nervous when we got her home and that she needed to be cleaned and handled regularly. He seemed to absorb it and kept repeating to us what her needs would be, it was really quite sweet. When we returned home on Saturday he was already reminding us we were going to get Betty on Sunday!  When Sunday arrived I took a very excited Alfie to our local Pets at Home, before we picked Betty I let Alfie choose a few things to add to her cage and some little treats. We then had a look at the hamsters, unfortunately the only hamsters that they had in were male but that wasn't an issue Betty just became Berty! We had a look at the selection they had and in the last little cage were 2 little brown ones, one with white patches and the other all brown. They were curious little things and a little jumpy but were much more interested and intrigued than the others. I had a feeling one of these might the one Alfie chose and when I asked if he wanted one of these he nodded. I asked him to point out which he liked and he pointed the little brown and white one with big ears, this was the chosen one and Berty was picked. 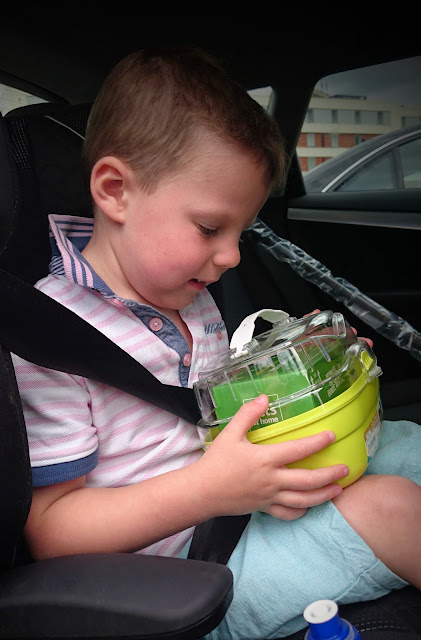 Having had experiences of hamsters escaping from boxes I decided to get a little carrier to transport him home in, Alfie was as pleased as punch as you can see from the pictures and he had him on his lap for the journey home. He kept me informed on how Berty was doing and that he could feel him scrabbling around, luckily we all made it home in one piece with no escaping, phew! 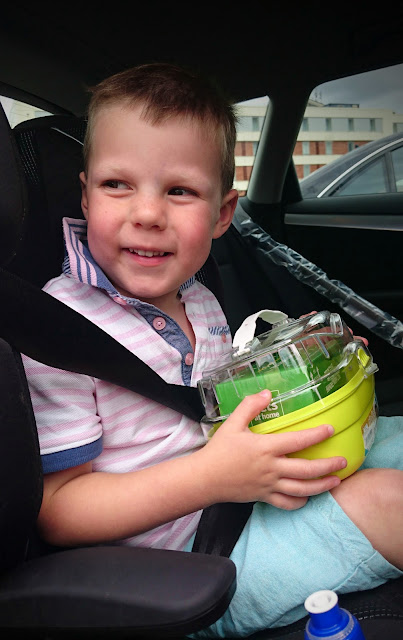 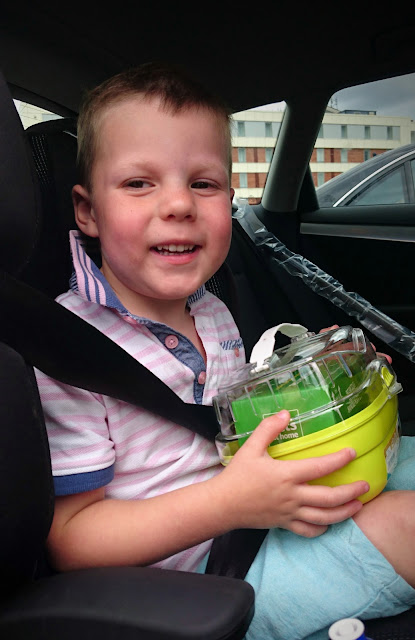 When we got him home Alfie was so excited to introduce him to Daddy and to his new home. Over the last couple of days we have left Berty to explore his new home and let him settle in, he's still quite nervy but very curious and he's been popping out to see us quite alot. Over the next week or so we are gently going to get him used to taking some food from our hand and trying to get him a little bit tamer before Alfie can start to handle him. He's a cute little thing, huge ears and bright little eyes and I think he might be quite a chunk as he seems to like his grub. 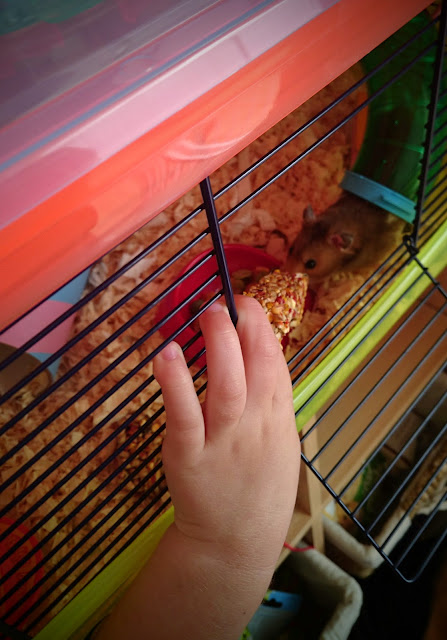 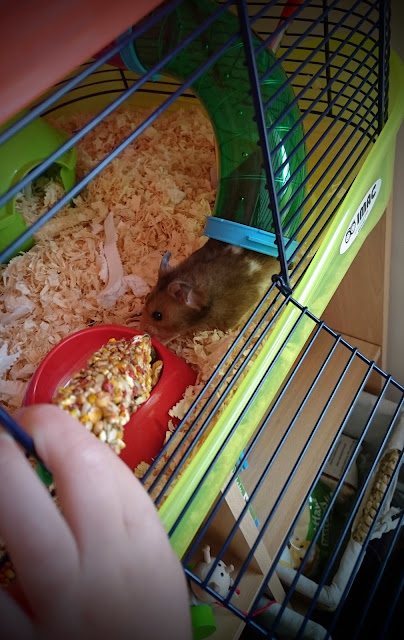 I'm really looking forward to embarking on this new adventure with Alfie, he's a very caring lad and I think he's going to enjoy caring for Berty. Have you considered a pet for your child?

Posted by Helen - Blogging Beautifully at 11:53 am