We had a very lovely Easter weekend. It was sooo nice to not have to work or worry about having to work. A definite bonus of my new job is no weekend working or bank holidays! Such a treat. It also worked out brilliantly with my days off, I have a Tuesday and a Thursday as my days off so obviously they fell on either side of the Easter break, I decided to book the Wednesday after off giving me a lovely 8 day break, although why I didn't think to book the Friday off aswell I do not know, clearly my brain was not in gear, it would have only cost me 2 days annual leave for 11 days off in total, doh. Never mind.


We started the day off early. In fact very early, baring in mind the clocks had changed I genuinely had no concept of time. The first I knew of Alfie waking was an over excited boy shouting to us that the Easter bunny had been. The clever little bunny had left a bucket and a trail of chocolate eggs all the way into our room which Alfie followed and shrieked with delight everytime he found an egg. A lovely start to the morning, if not super early (it was 6:45am so in my mind it was still 5:45am!). 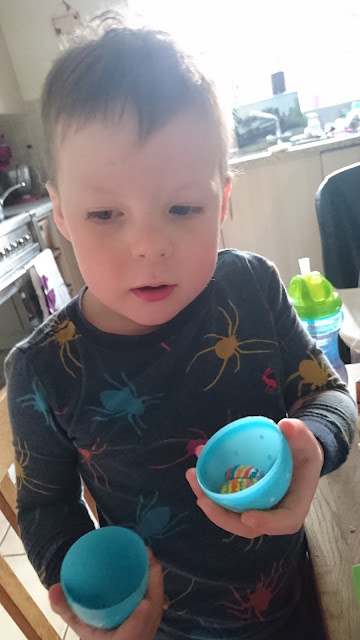 The issue was that because Alfie was now super excited there was no convincing him to sit in bed and watch TV for a bit, plus the pesky Easter bunny had left eggs around the house that Alfie had clocked from upstairs and insisted that he looked downstairs to hunt for more. The Easter bunny had hidden tons of eggs, and Alfie was so delighted as he found more and more, it actually melted my heart! 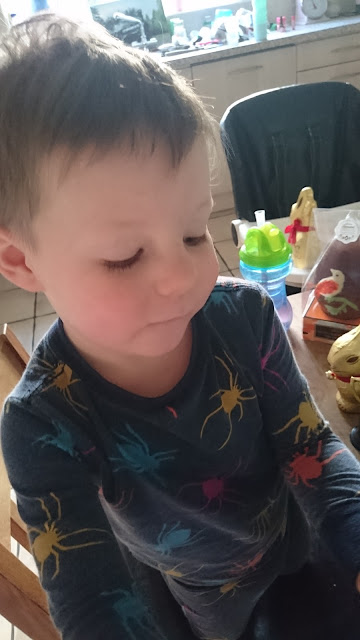 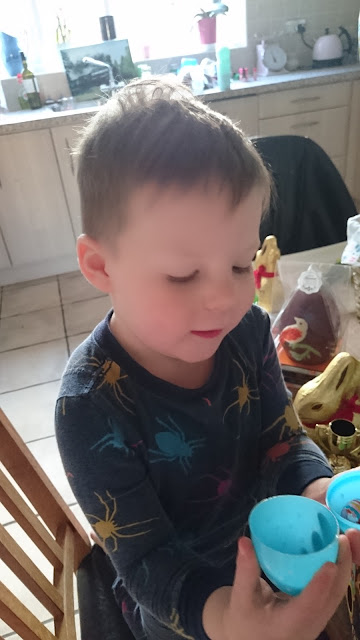 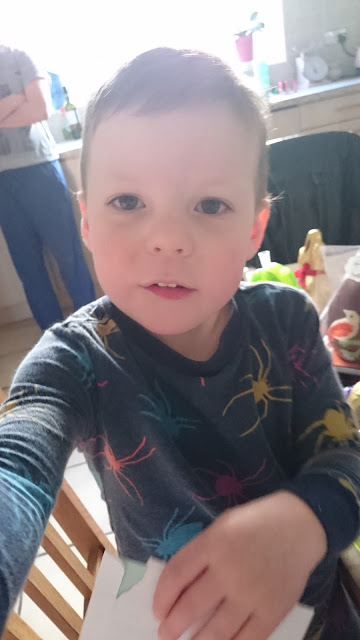 As more eggs were found in the house and Alfie became distracted by the Easter baskets I took the opportunity, oops I mean the Easter bunny snuck outside to hide more eggs. Seen as Alfie loves being outdoors I knew he'd love searching for more high and low in the garden. I was running around the garden like an idiot, freezing cold in my jimjams hoping and praying that no nosey neighbours were staring out their windows thinking I was some kind of mad woman, ha! 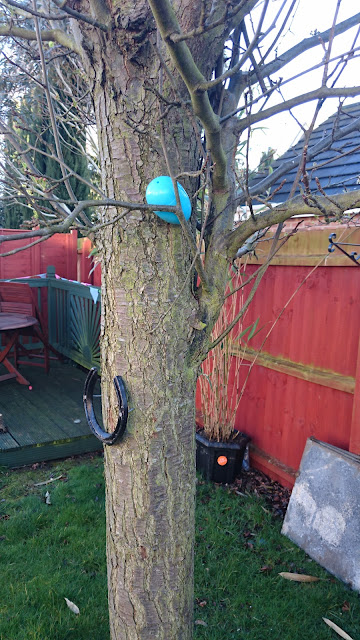 Alfie is such an outdoor boy, he loves nothing better than being outside, getting grubby and exploring that I knew he would enjoy the outdoor egg hunting more than anything. Once again I was blown away with how excited he was everytime he spotted an egg. Even though I was absolutely freezing my tits off (while Daddy was still upstairs snug as a bug men!) nothing made me happier than seeing how much fun he was having. It amazes me how something as simple as searching for a plastic egg can bring so much joy to a nearly 4 year old, just wonderful. 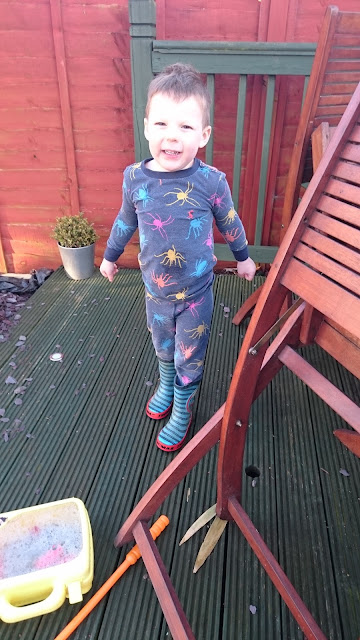 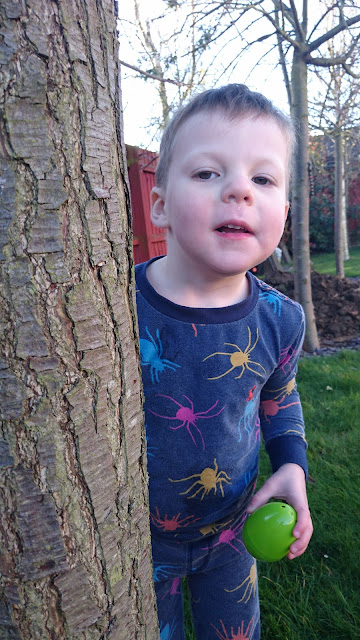 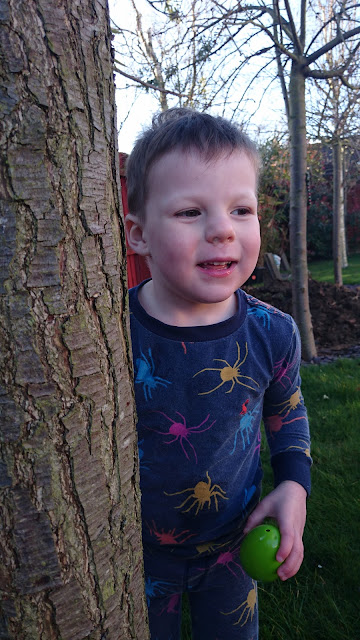 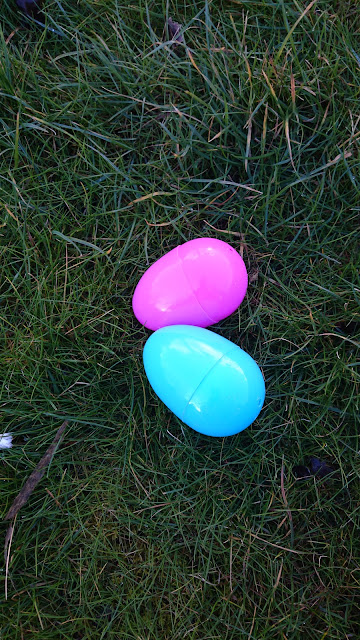 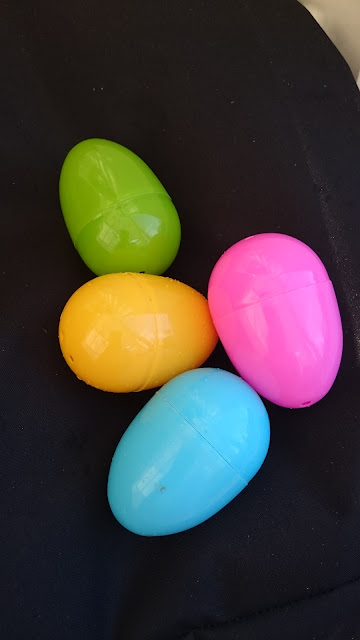 Eventually, and after what felt like an hour freezing outside I managed to convince Alfie to come in (time for a cuppa, finally!). After warming ourselves up and having a little bit of chocolate.....very naughty before breakfast Elarna was awake and she had her first proper taste of a little bit of chocolate (after breakfast for her!). I have been quite cautious with her that she hasn't had any chocolate up till now, bit mean I guess but I was really trying not to encourage it but knew I wouldn't be able to avoid it over Easter. Naturally she scoffed it down and clearly is a chocoholic like moi. Part of the reason why I created the baskets was to have less chocolate in the house and have more emphasis on the other gifts I bought. Of course there was a fair bit purchased from family members and a little bit from us but not as much as previous years. I realise I'm sounding like a bit of a bore but chocolate really is my downfall (and ahem, wine) so the more that's in the house then more I end up eating! Less is definitely more this year. 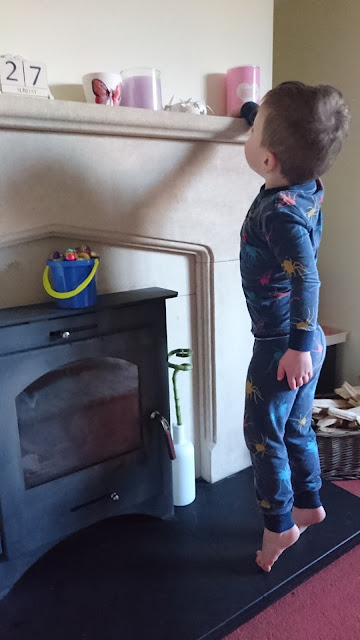 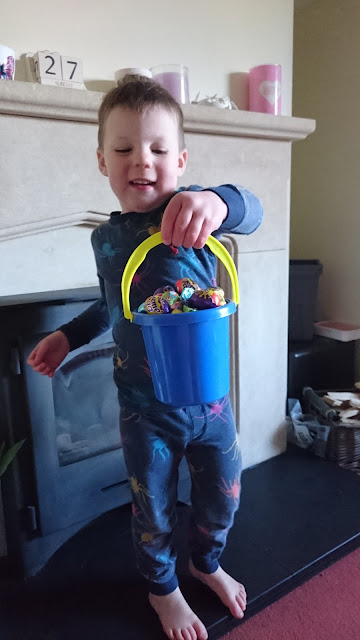 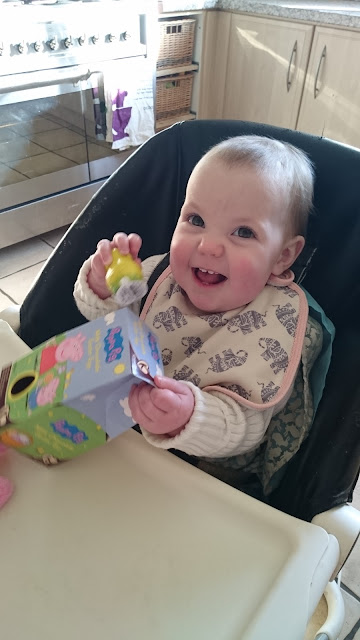 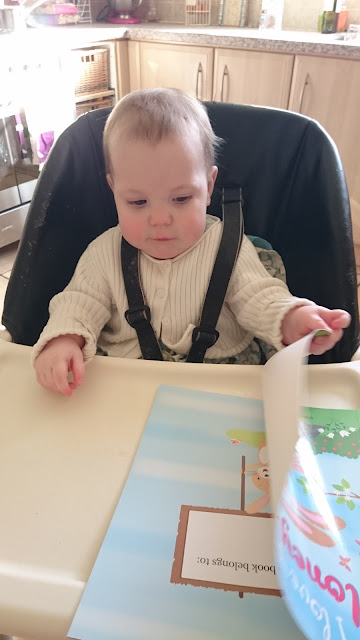 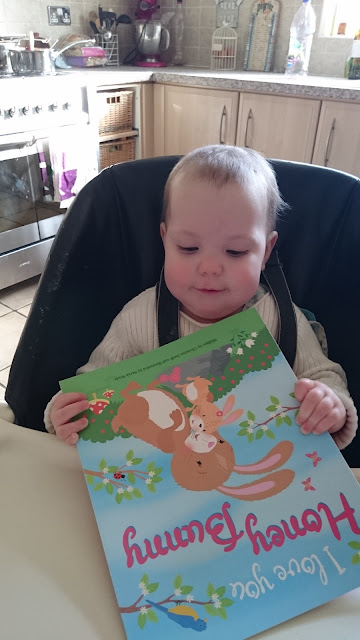 Elarna didn't really have a clue what was going on, I expect she was curious as to why Alfie was bouncing off the walls on a sugar high so early but other than that she just enjoyed having a nibble on her little choccie bunny. After Alfie came down from his high (which was pretty horrendous!) it was a case of making sure he had some proper snacks, fruit and some water and then a good bounce on the trampoline to chill him out a bit! 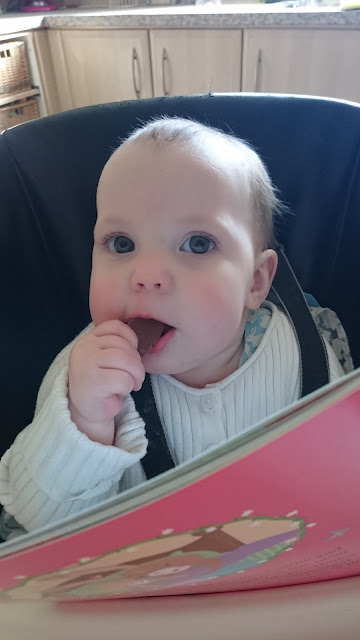 We had such a lovely, chocolate filled Easter weekend. It was just the right mix of fun, relaxation and family time. We even managed to squeeze in a little visit to the pub for a couple of hours on the bank holiday. It was sooo nice to have 8 days off, after finding it difficult to come to terms with maternity leave being over it really makes days off with the littlies all that more special.

How was your Easter break?
Posted by Helen - Blogging Beautifully at 6:30 am