Alfie the Superhero with Ella's Kitchen!

What little boy wouldn't want the chance to be a superhero? When Ella's Kitchen contacted me to ask if Alfie would like the chance to sample some of the new range from the brand and to design a superhero cape I was obviously going to say yes. I knew Alfie would love to get stuck in with some crafty stuff and enjoy some snacks at the same time. I have always liked Ella's Kitchen range of items and knew they would be a hit in our house. 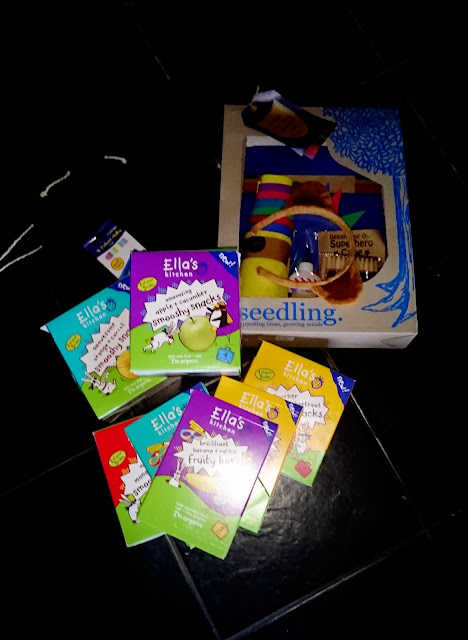 We were sent a fabulous kit to design and make a superhero cape and determine a super power, we were also sent a selection of the new products to test out. The snacks were a range of pouches and fruity bars, all completely natural and just fruit and veg smooshed with no other added ingredients.

One of the major things I love about Ella's Kitchen is what you see is what you get. I have to admit the flavour combinations of the pouches were a little unexpected........e.g apple and cucumber, orange and carrot, mango and pumpkin, and strawberry and beetroot. To combat this I tested them out first in front of Alfie, usually a petty good method to get him to try new things! We opted for the apple and cucumber pouch to begin with, it was really fresh and I really quite liked it, especially when we're put them in the fridge beforehand. Alfie tried it and it was a winner too......we have tried the others but this one still remains the favourite. The great thing about the new range as the packaging is fun and can be reused as either a superhero mask or collectible finger puppet, how cool! 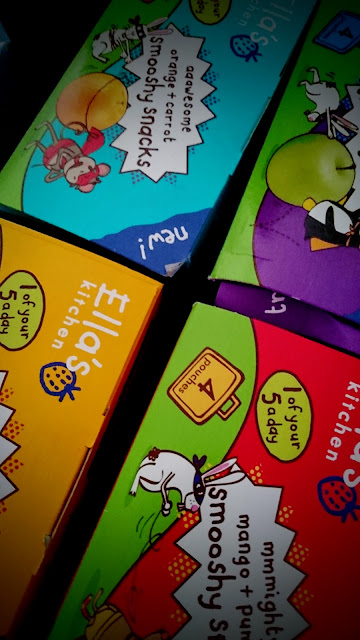 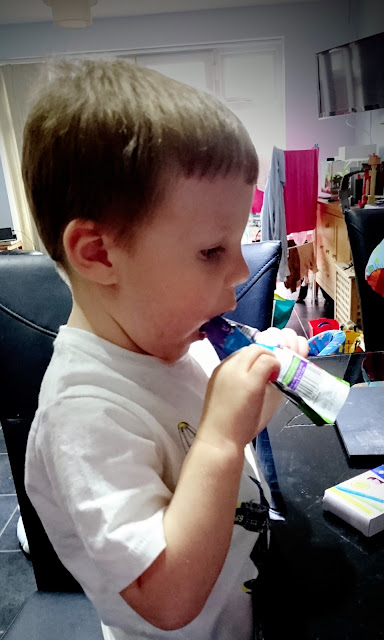 Anway, on with the cape designing! I won't write too much as I took a ton of pictures. We had a great couple of hours while Elarna was napping to have some mummy and son time, get a little bit messy and have fun with glitter........ and create a bit mess! Apologies for the mess in the photos, we did this right in the middle of packing so there are boxes everywhere. 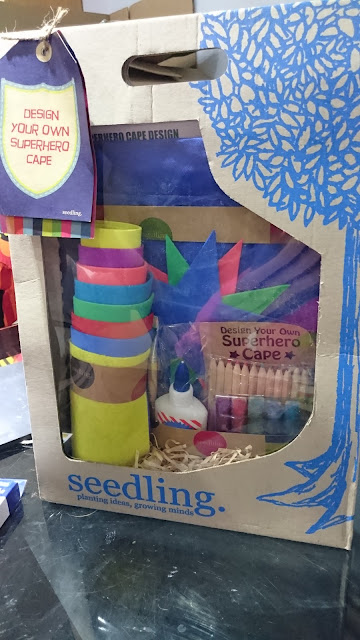 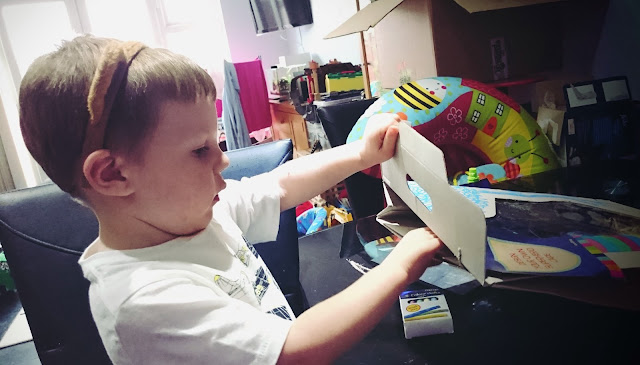 Alfie had chosen to be a monkey (staying true to life!) so we were sent monkey ears, as well as a whole kit to design his superhero cape to go with them. Alfie loved the ears but what he loved even more was Mummy wearing them and I couldn't take them off.......I had to keep them on........worst thing is I forgot I had them on and was still wearing them when my husband came home from work at 6, ha!! 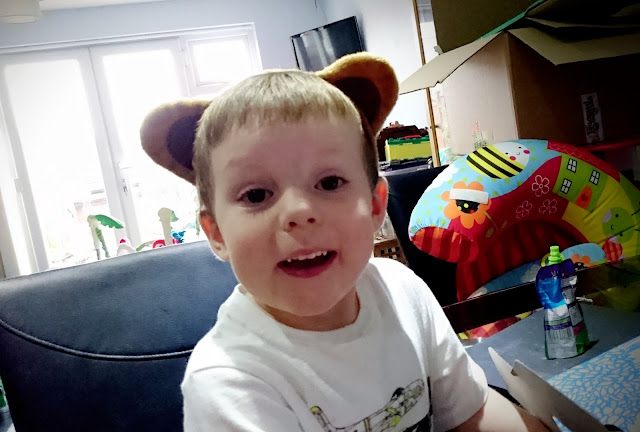 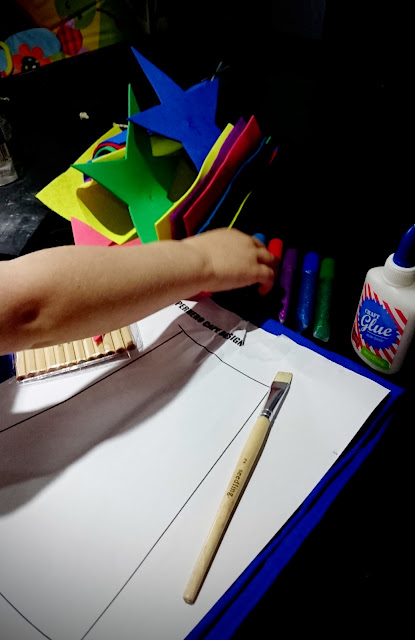 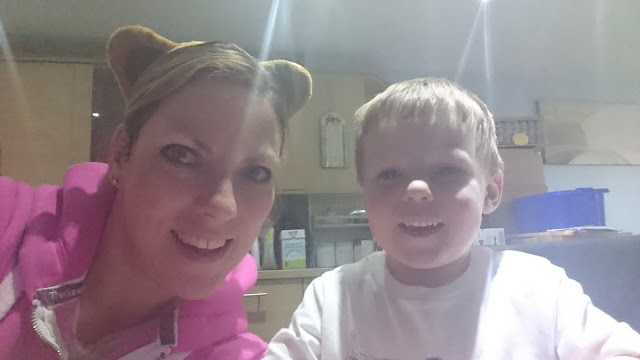 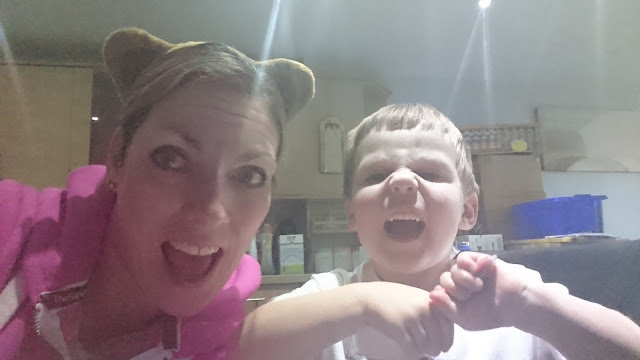 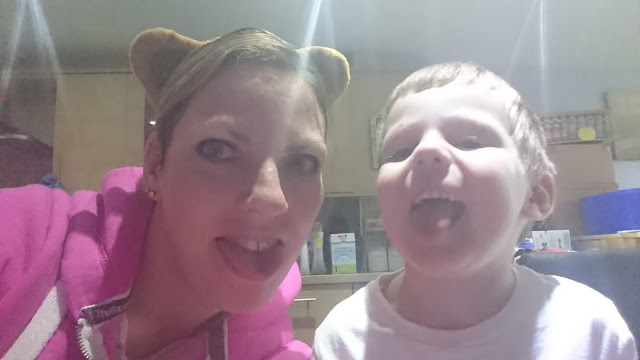 With a little bit of instruction  demanding from Alfie I designed the prototype on paper first, I was told that it had to include stars, squares and circle's..... he was very specific. 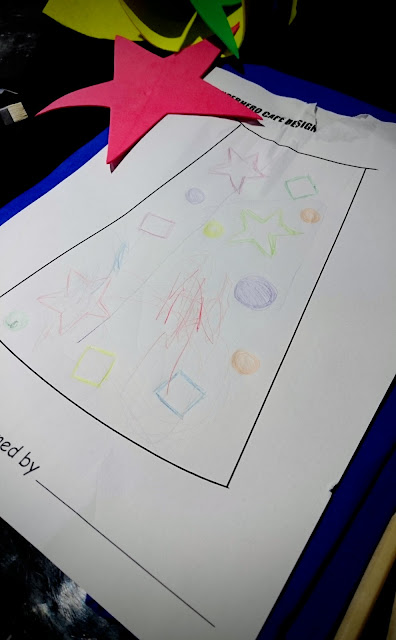 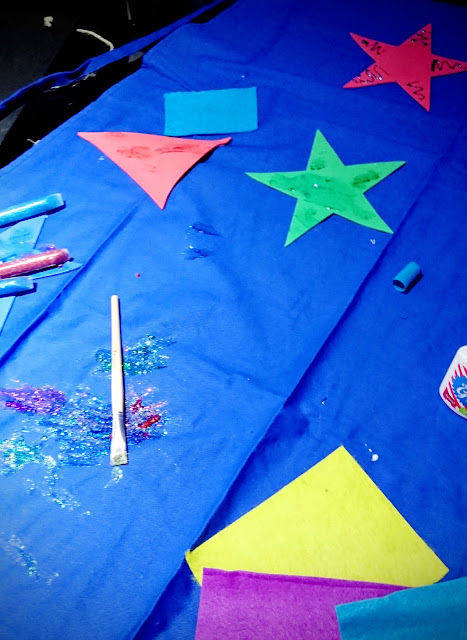 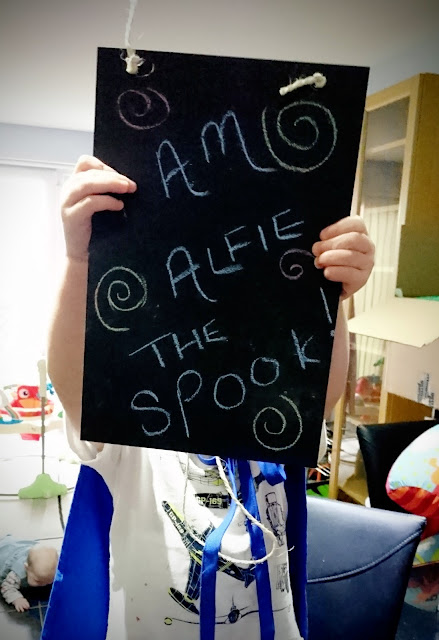 After ALOT of cutting, glueing and painting a TON of glitter glue on the cape (and Mummy) we were finished and Alfie was really quite pleased with his efforts bless him! I have to admit, I'm not usually the arts and crafts Mum,  I want to be, I just don't deal well with a whole load of mess but we did both have fun and it was a nice afternoon spent. It has been quite hectic with the house move so it was nice to just chill and enjoy some time with him. 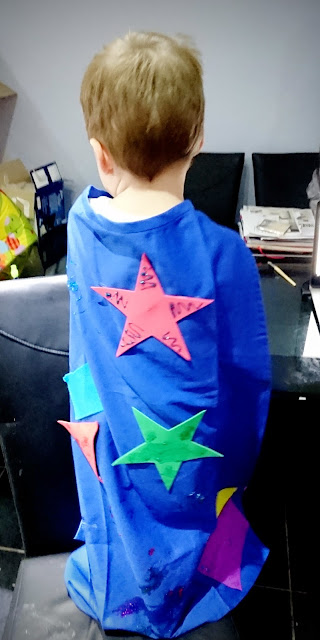 We were also asked what sort of super power that Alfie would have. I influenced him in no way whatsoever and when I asked him he told me that he wanted to be a spook! Hilarious, he couldn't justify it in anyway just that he wanted to be 'Alfie the Spook' so who was I to tell him different! Bless him. 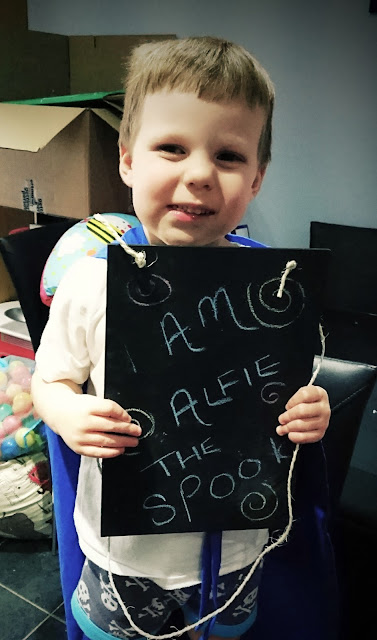 So what do you think of Alfie's super power? What would yours be? Mine would probably be invisibility, I would love to sneak and snoop on some people!

* Please note we were kindly sent some samples free of charge and the superhero kit to create and craft a superhero, all thoughts and opinions are that of my own because if they weren't what would be the point!