Surviving Illness as a Parent.

It is so unbelievably sucky being ill and having to go about usual activities and be Mummy. What makes it worse is having a husband being ill at the same time meaning there is absolutely no relief for either or us. I am solely blaming my husband for the way I've been feeling in the last few days, he's happily been spreading his man flu to me and it got me hook, line and sinker.

I'd started to feel a bit icky at work last Friday, by Saturday I'd developed a cold and by Sunday I felt utterly disgusting. I was asleep by 9pm and had no option but to take the Monday off work to which I slept for most of the day and Tuesday I was still not much better. We both seem to have contracted this nasty virus that's doing the rounds with no real end in sight, although we're starting to make slight improvements. On Tuesday I had a shower and put makeup on which is always a good start but I still felt fairly grotty! If you've followed me over on Instagram you might have seen my SOS insta stories and give me sympathy posts.

With both myself and hubby poorly it really brought to light just how hard it is to be a parent and function and look after the kids. Usually if one of us is ill we could grab a nap or have some quiet time but with both us feeling like shite and the kids not really getting that  we just kind of had to grin and bare it. 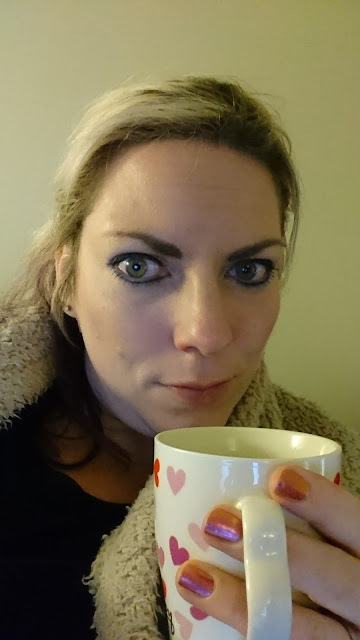 We did the usual rescue attempts like putting the TV on with films on loop, the tablet, toys out and where as Alfie will sit and watch for a while or play on his own Elarna just constantly craves attention at the moment so she ended up climbing all over us. I even tried a bit of crafty activity which kept them entertained for a little while but I sadly didn't take into account the mess that was created after..... all this while my head was banging, my ears were fuzzy, I was snotting, shivering as well as sweating and really just wanting to shut my eyes. 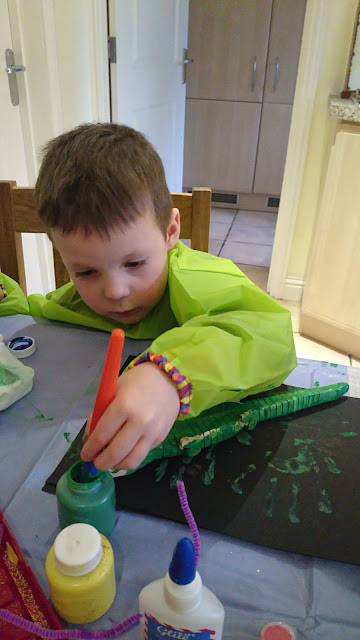 So while I've been suffering and feeling oh so sorry for myself I thought I'd put a shout out to some fellow bloggers to see just how they cope with the kids when feeling poorly sick. I got some great responses so please continue reading for some tips and ideas on surviving illness as a parent.......

My lovely friend Sarah from Run Jump Scrap says TV all the way!

Alex from Better Together Home suggests to ask for help if you're able from family or friends.She had help from her Dad with her daughter when they had flu which was a godsend.  Laura from Five Little Doves also says to ask for help and to take accept help when it's offered. In actual fact on Tuesday my parents did help out and it really was super useful.

I loved this idea from Talya who blogs at Motherhood the Real Deal she suggests making it a bit more like quality time, snuggling up on the sofa and having a real family day. Gemma from Somewhere after the Rainbow suggests similar, films, popcorn and a snuggly blanket. 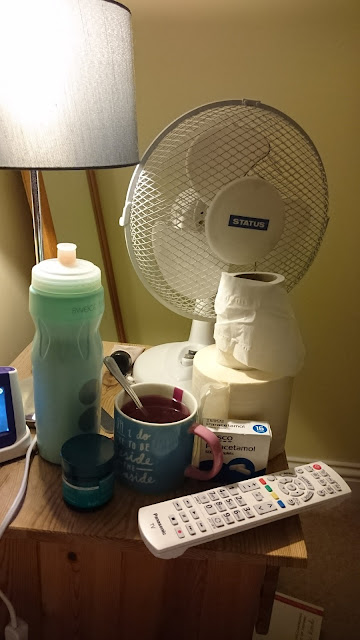 Hannah from The Amphletts says to take a walk in the fresh air with a hot drink. I did this on Wednesday and it really did help blow the cobwebs away and make my head feel alot clearer. Kelly who blogs at Nature Mum Blog also says to get some fresh air too.

I really liked the tip from Deborah from Country Heart and Home to keep a stash of tissues around the house for all the runny noses! Also from Alex from Lamb and Bear who declares a PJ day, filling the living room with toys and snacks on hand nearby.

The general consensus it would appear is to forget about everything else, park yourself on the sofa, arm yourself with tissues and snacks and get a ton of toys out haha. The most important thing is to listen to your body and try and get rest when you can. I have had some seriously early nights and was able to sleep during the day on Monday when I felt at my worst. Noone tells you when you become a parent about these sort of days eh!!

So these are few tips and pointers on how to survive illness as a parent. If you can think of anymore please do let me know!!