I've been in a right grump all day, no idea why but I'm guessing a bit of a Christmas come down.....! As I made a start to take the decs down I felt a bit sad, another festive December over and done with,  just like that. Like every occasion you spend so long getting prepared and then it's over you're left with enough turkey to feed the 5,000's, acid indigestion a whole load of cardboard and bloody wrapping paper to try get rid of!

I wasn't going to write a Christmas roundup post but then thought what the hell after speaking to Sarah from Run Jump Scrap the other day I thought it would be a nice thing to do. I hadn't really looked back through the pictures I'd taken and really I hadn't taken loads but the ones I did manage to take made me smile.

So Christmas Eve was a case of a very excited 4 1/2 year old. Elarna at 2o months didn't really have much of an idea why Alfie was so excited or what all the fuss was about but she seemed to feed off his happiness and was bouncing around with Alfie. We watched a Christmas film earlier in the day and got them in their pj's fairly early so we could get Santa's snacks and drink (s) ready and chill them out a bit ready for bed. 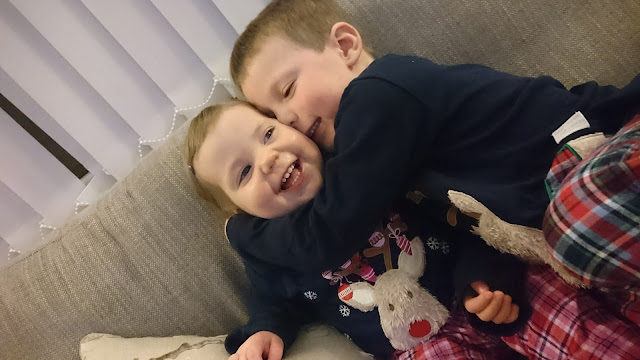 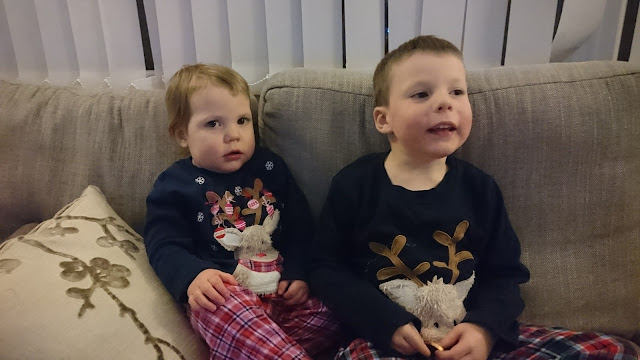 We don't really have many traditions other than festive pj's, a Christmas film and then 2 books before bed (Santa comes to...... and of course Twas the Night Before Christmas....) but also I try and get a photo of the 4 of us. This is no easy task as getting the 2 of them to look at the camera and sort of look happy is tricky. We got a couple but they are annoyingly a bit fuzzy so I need to try and edit them to make them a bit clearer, but I haven't had the time in the last couple of days to try do it. 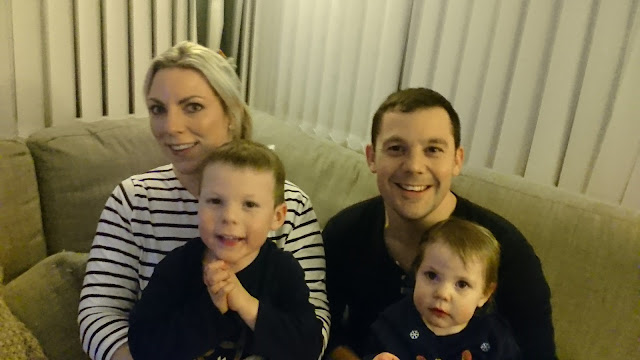 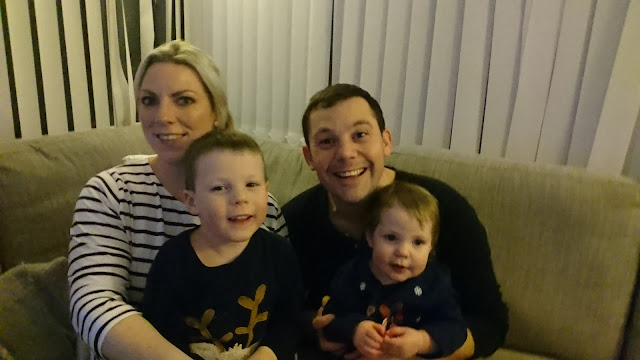 So after the whole family photo fiasco it was to start preparing for Santa. The sign got hung outside the front door, along with a carrot which Alfie wanted to leave outside for the reindeer's as well as sprinkling some reindeer food down (which as a note to myself for next year I must put less glitter in as our path is still quite sparkly haha) and then Alfie left out a mince pie, a small cup of beer, port AND 'purple juice' aka blackcurrant squash. According to Alfie Santa would be very thirsty as he's having a busy night. There was also another carrot left inside as well as the 'magic key' in case Santa couldn't make it down the chimney. We were also instructed by Alfie that the fire couldn't go on otherwise Santa would burn his feet........

Elarna went to bed with no issues but Alfie was insistent that he was going to stay awake on the sofa to speak to Santa and give him a cuddle. We gently had to remind Alfie that Santa wouldn't come unless he was very much fast asleep. Luckily he agreed and was pretty much dead to the world within about half an hour of going to bed. 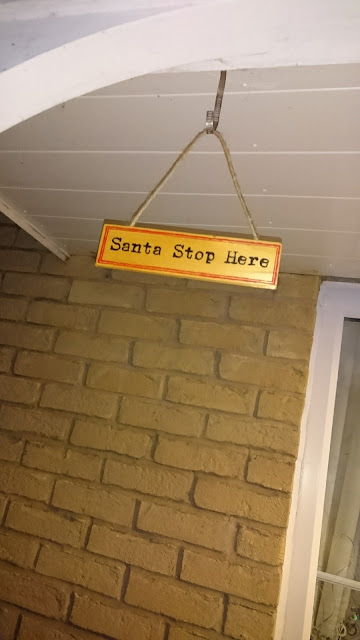 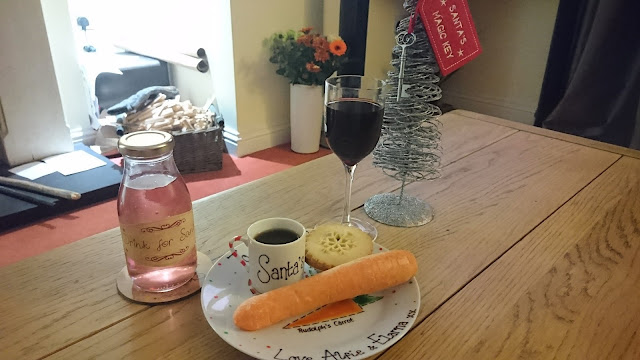 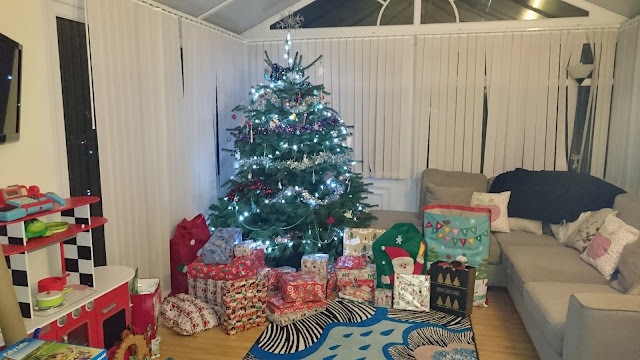 So Santa did visit and made a right mess......he left the fire door open, left soot everywhere, knocked the ornament over and left crumbs all over the table. Pfftttt what a monkey! The reindeer's also very much enjoyed their carrots. Alfie was delighted to see that Santa had enjoyed all of his treats. He was beside himself when he saw all the pressies in the conservatory. He'd already opened a couple of gifts from his stocking but was thrilled to see Santa had left them both lots of other presents. He was actually shaking when he started opening them and it was so sweet. He was so pleased with everything that he got, completely appreciative and the present that he really, really wanted (an ICE train, don't ask me what the ICE part is but it's part of his Marklin set) he was utterly excited about. 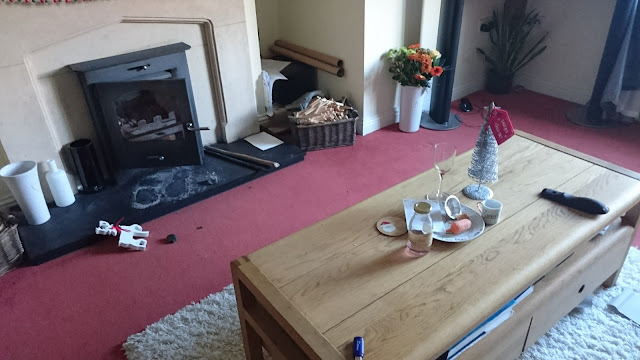 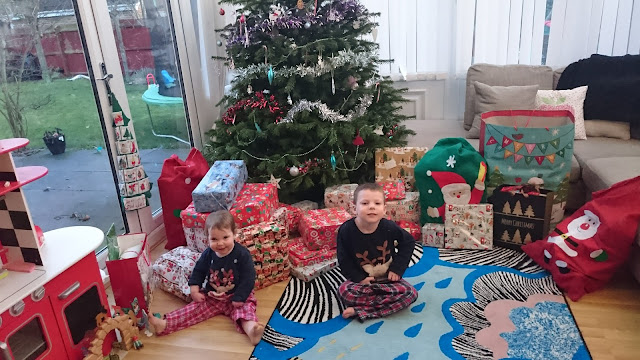 Once pressies had been opened it was most definitely time for some Christmas champers. The Grandparents arrived soon after and it was time for round 2 of present opening. As with any Christmas there is usually some drama and this time in the form of my Mum thinking that they'd left Elarna's presents back at their house so my Dad ended up driving back home (about 20 mins away) to bring them back only for us to find them left in the kitchen.......oops.  It was clear noone really checked very well around our house for them so I ended up ringing their house phone in the hope to catch my Dad at home to tell him to come straight back to us, which he did......... haha! 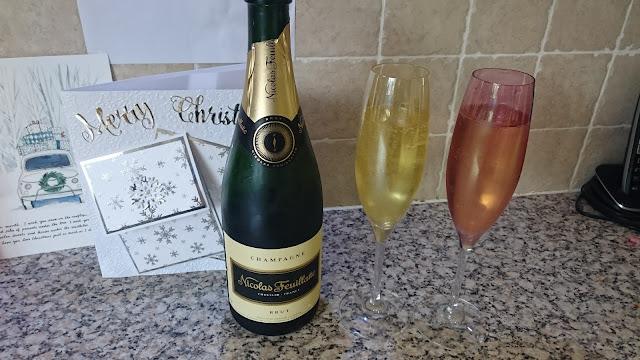 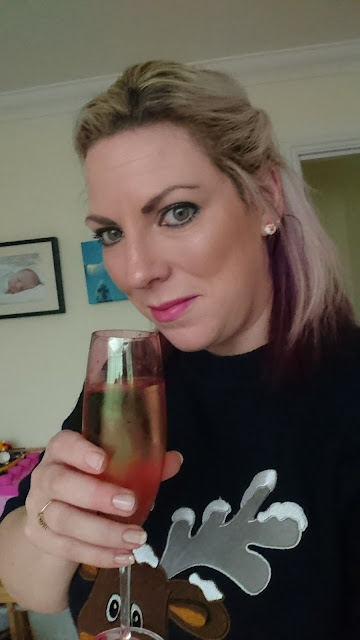 The rest of the day followed as most previous years have. Tons of food, lots of booze and general chit chat. I'd done a Christmas quiz to make sure the conversation stayed on a festive path and I'm really pleased I did as everyone seemed to enjoy it. I'll definitely be doing another one next year, I quite liked researching a variety of rounds too! 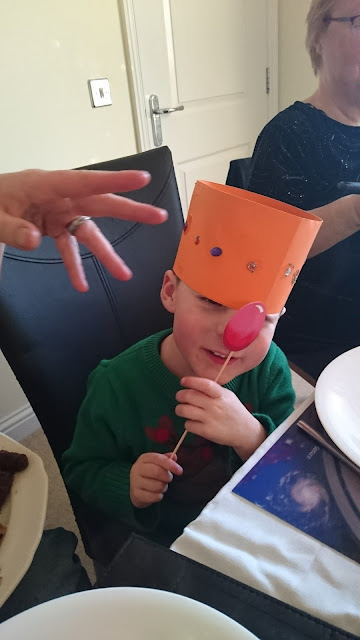 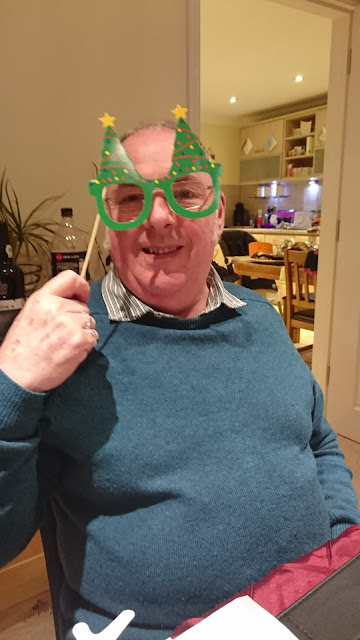 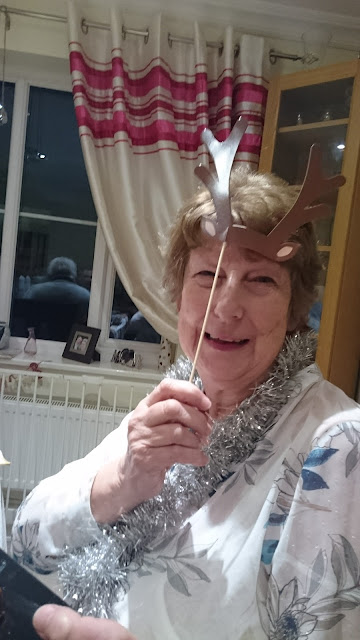 We love celebrating Christmas with family, I can't imagine what we'd do if we spent it just as the four of us although we have debated it in the last couple of years ago but truth be told I'd miss having the Grandparents over. My husband loves to cook and he's bloody good at it so I'm more than happy for him to crack on, trust me it's a much better option than if I were to cook, ha. 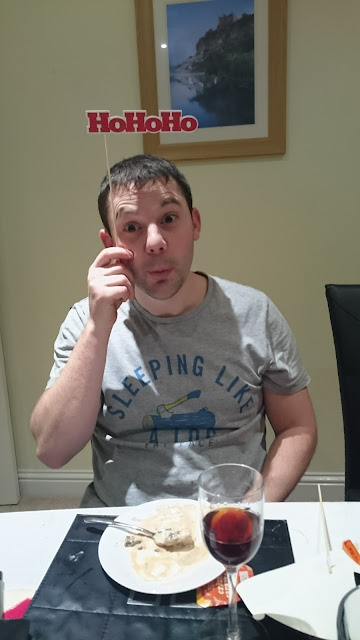 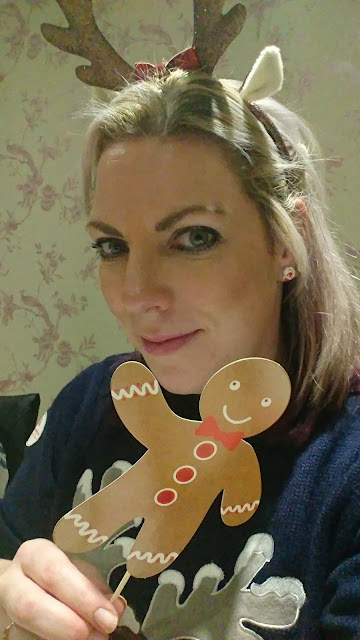 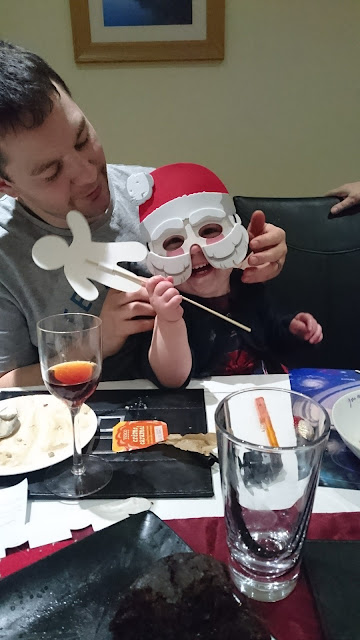 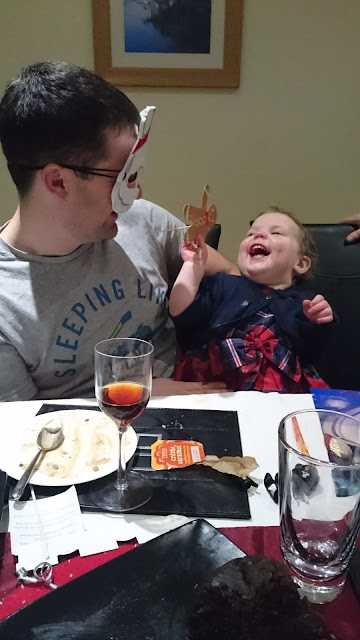 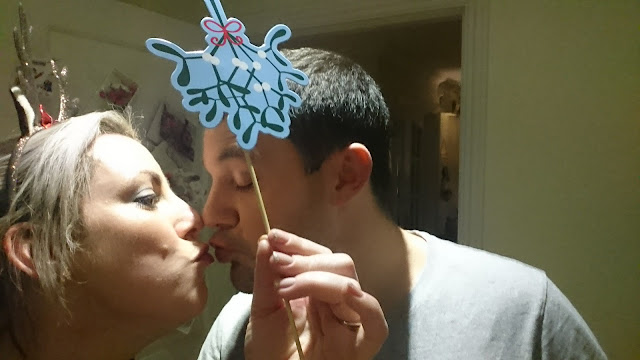 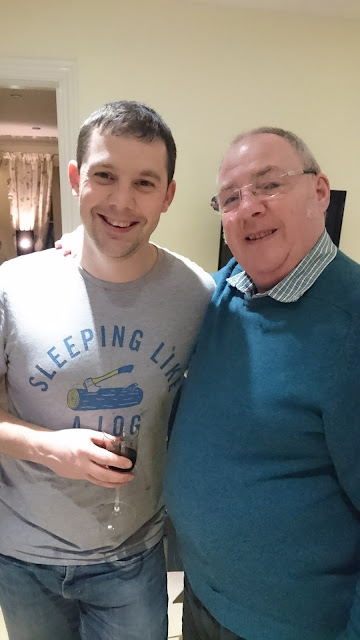 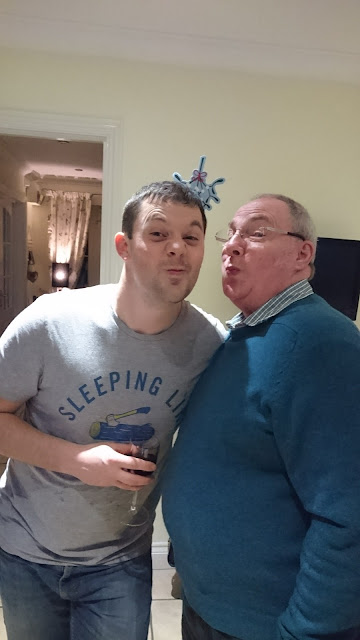 After putting the kids to bed, which wasn't too much of a chore we sat and played Jenga, always fun watching my Mum (who was a bit tipsy) trying to play by the rules and fail miserably hehe. It was a lovely end to a very pleasant day. The thing about Christmas is it's just over too soon and I kind of feel like I want to do it all over again. Oh well, I'm sure December  2017 will quickly creep up on us and we'll be doing it all again! 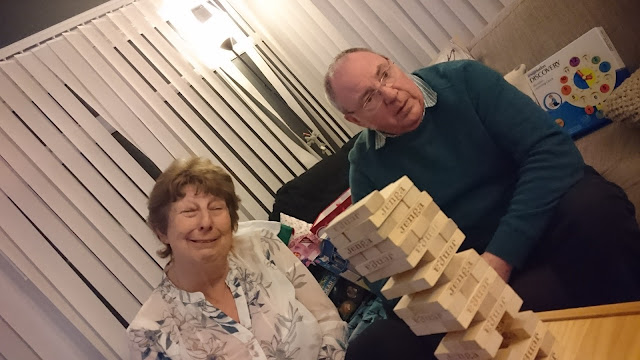 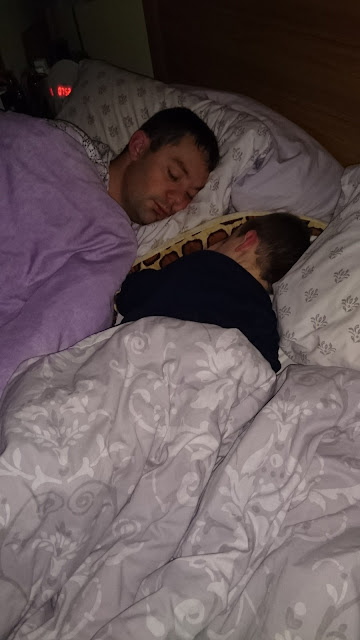 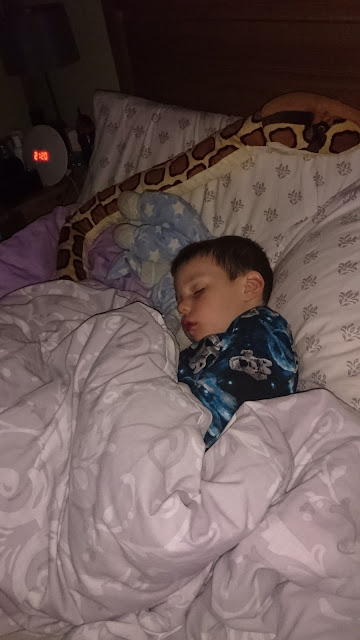 Boxing day arrived and there was only one thing to do, a cool and fresh walk to blow away the cobwebs and fuzzy Christmas heads. You can't beat some fresh air to get ready for round 2 and the boxing day booze and food! Once we'd had our mammoth walk we literally just ate and drank more for the rest of the day while the kids played with all their new toys. 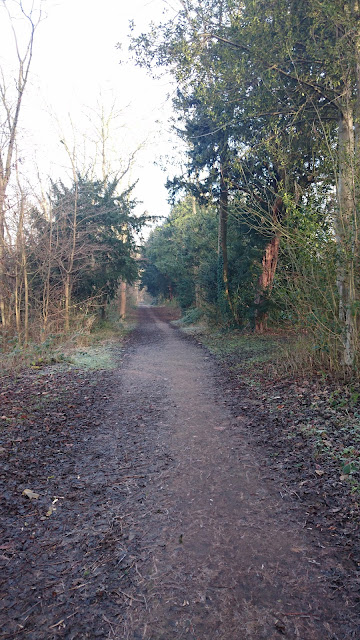 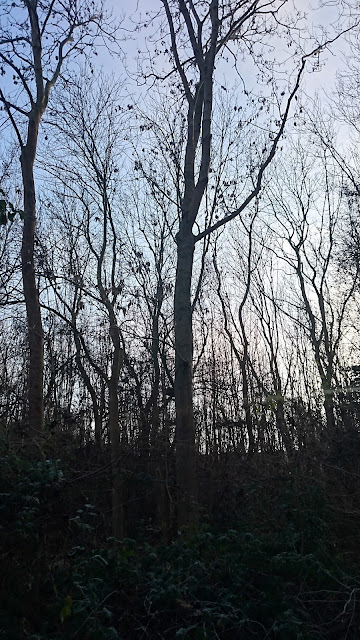 Unfortunately the day after boxing day Alfie became poorly and we had 24 hours of a tummy bug with him which wasn't so great but thankfully it didn't last too long and he was back to his normal self relatively quickly. Anyway I've prattled on quite enough now, I had a great Christmas and I'm already looking forward to Christmas 2017.

How was yours?
Posted by Helen - Blogging Beautifully at 2:56 pm