As Alfie is steadily progressing more and more in 'toddlerdom' we're heading into a new world of toys and products to keep our little man occupied and entertained. Alfie has been very busy testing out a couple of new toys from the Tomy range, Luke the Loop and My First Train Set. As with all Tomy toys these are colourful, appealing and packaged to entice the child into a world of fun and enjoyment but with an educational aspect too. 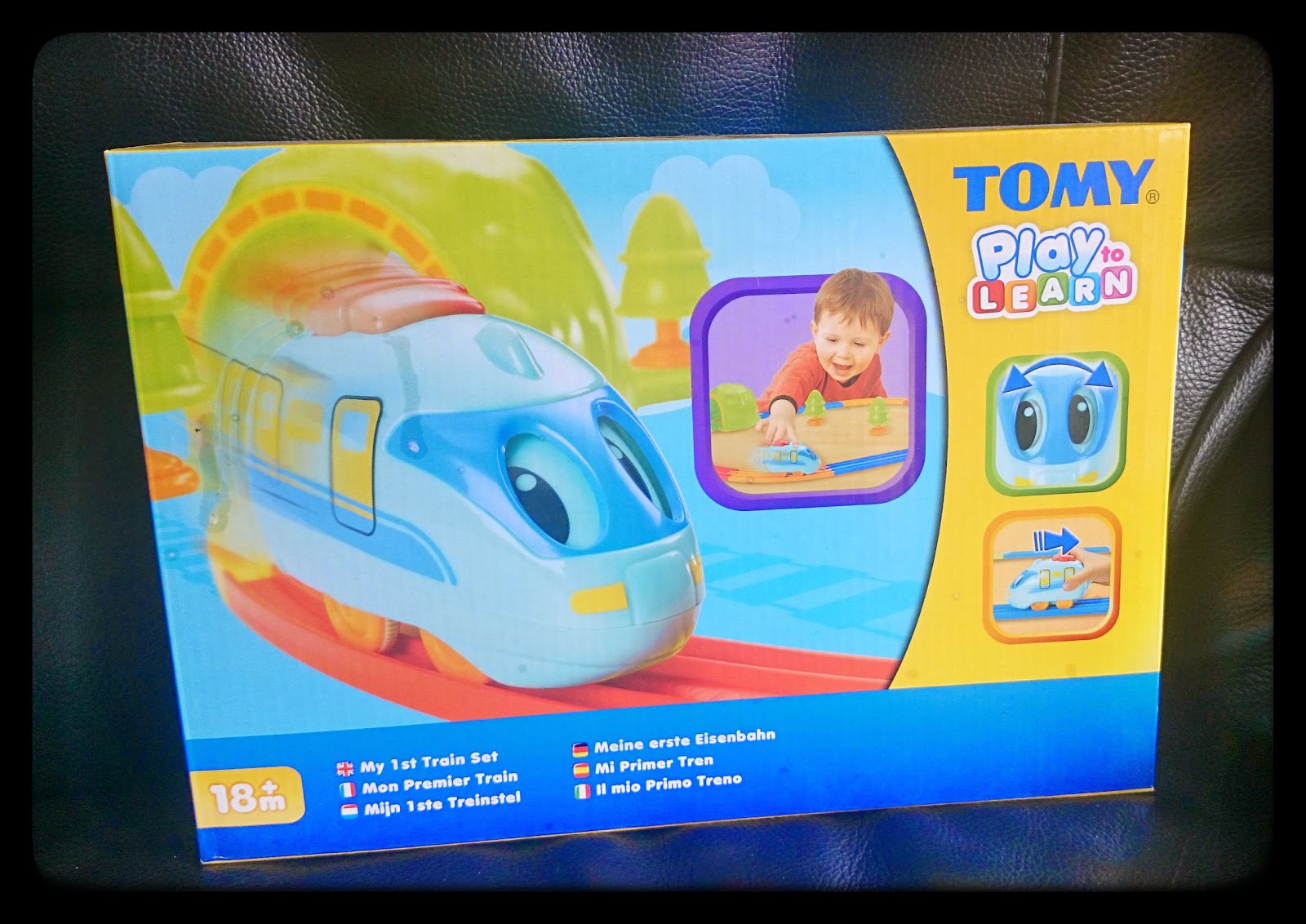 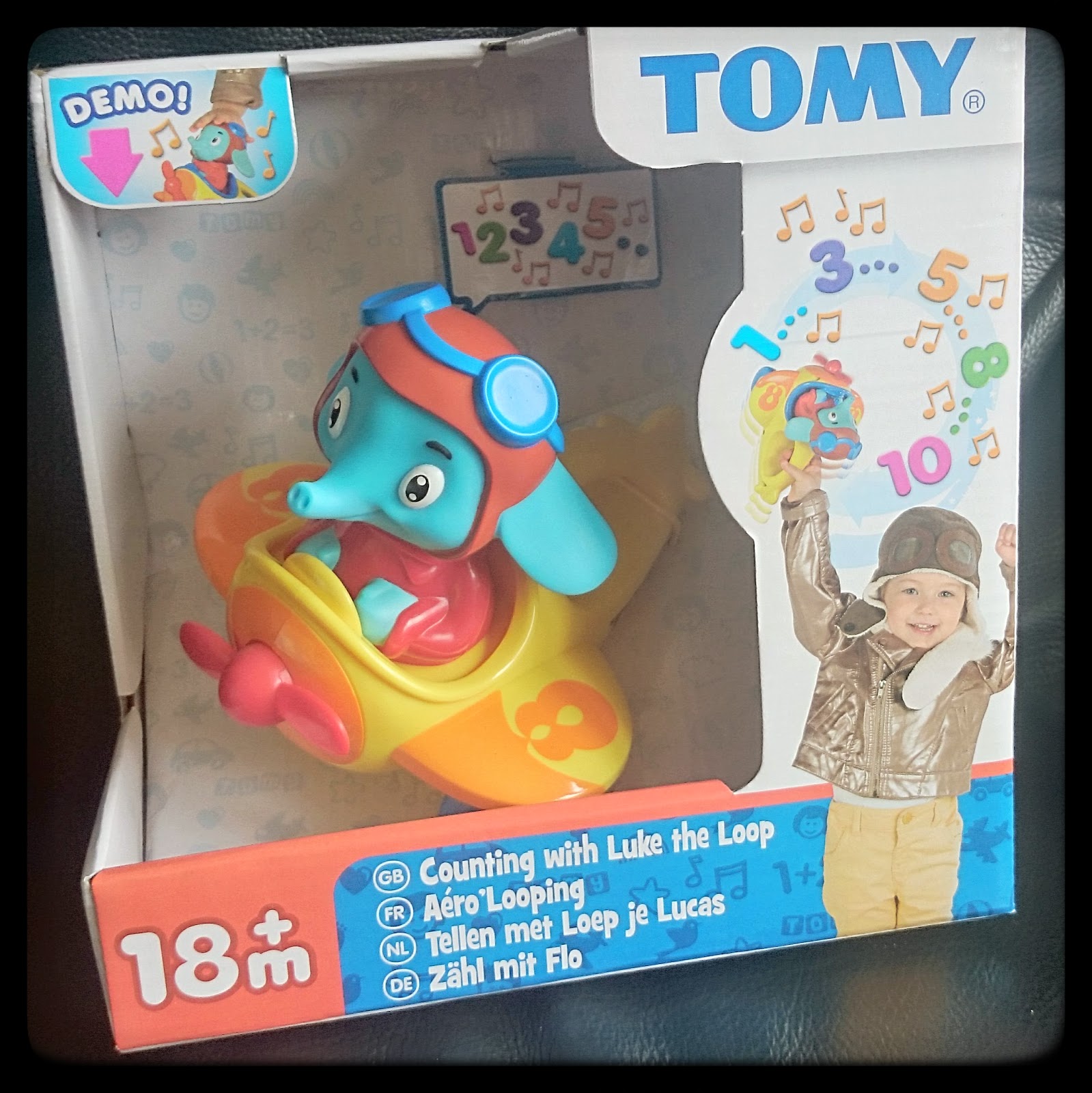 Alfie already being a huge 'choo choo' fan was very excited to see the train set and he couldn't wait to try it out, he was also very interested by Luke the Loop but the train set came first in this instance!

The train set is very simple to construct and makes a small track that a little train can whizz along simply by pulling it back and letting it go, Alfie thought it was great and kept pulling it back to make it go around and around the track. The track was also a decent enough size for some of his other cars to fit and be pushed round it. Also included in the set are 2 trees and a green tunnel which we separated but can be joined together to make one larger tunnel. Overall a very sweet item that provided lots of entertainment for Alfie. 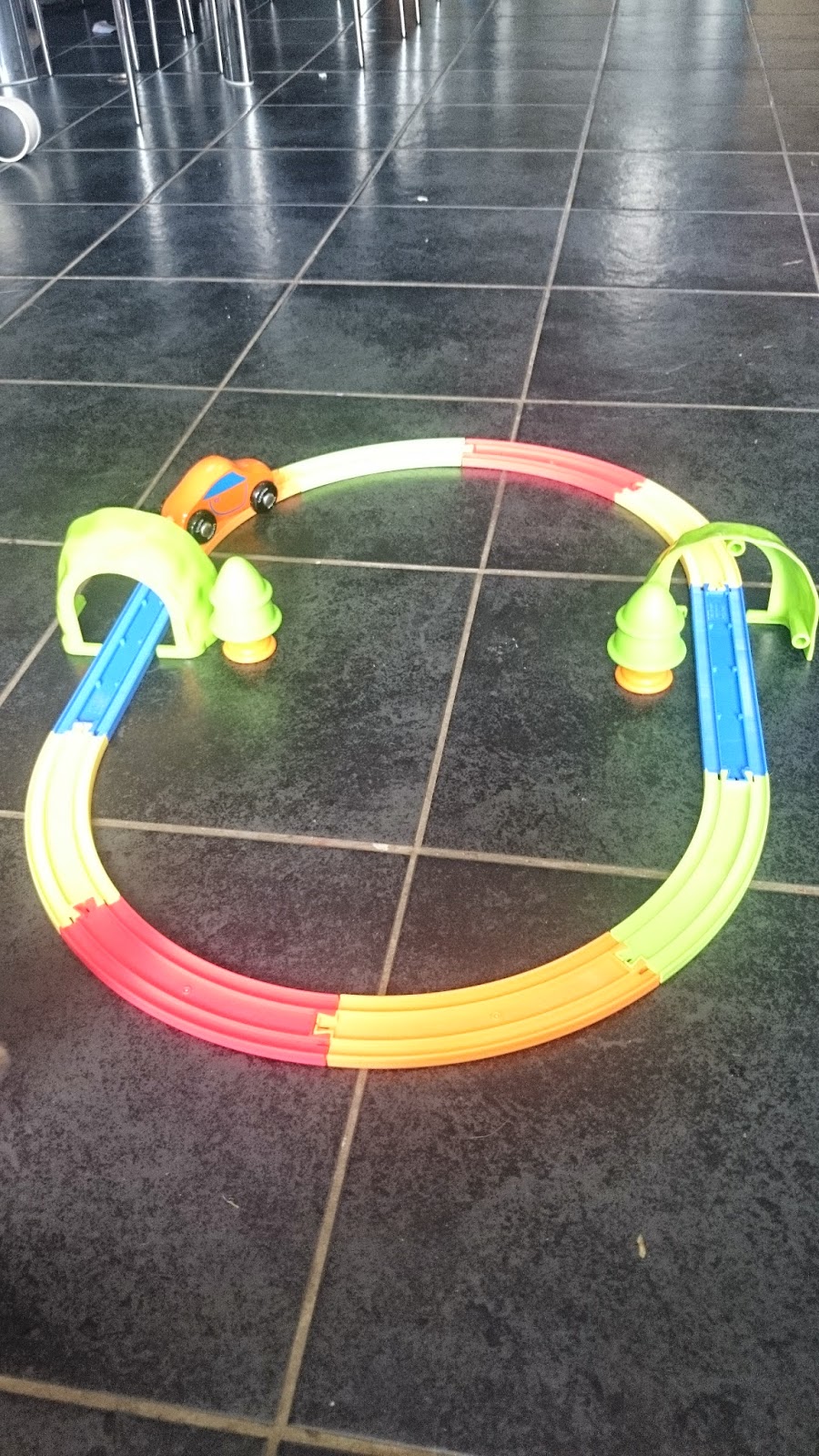 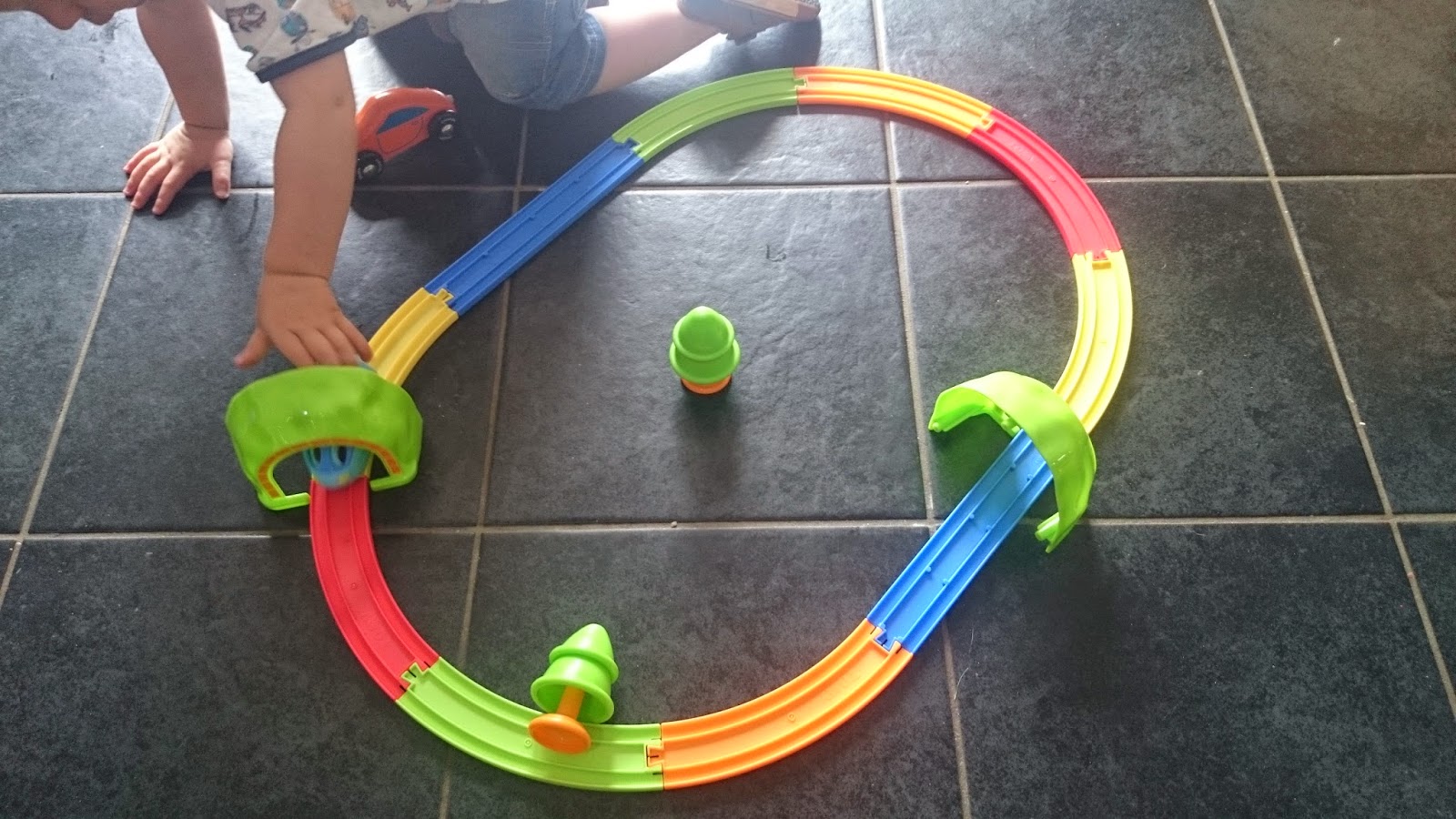 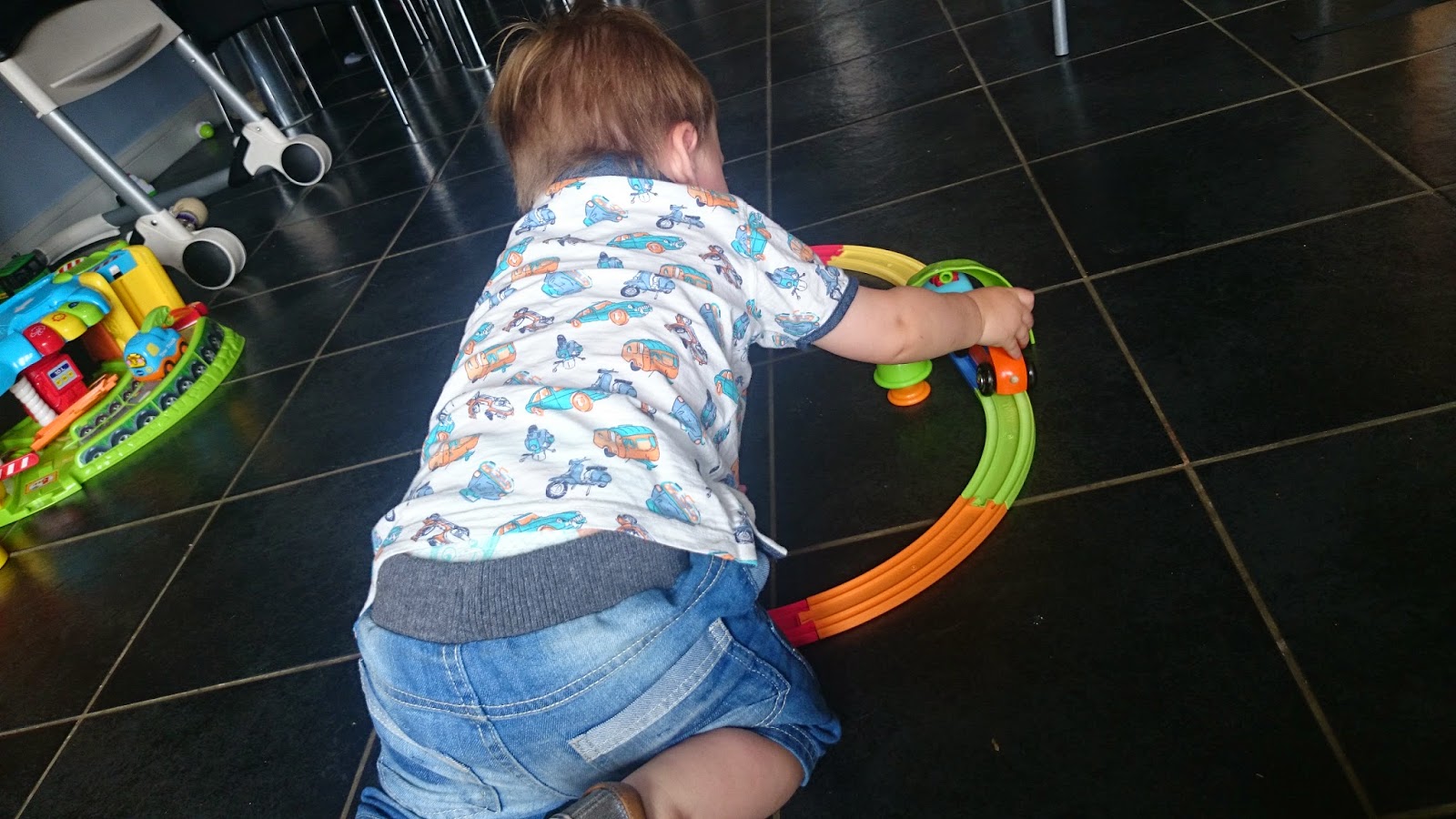 Luke the Loop was also received with interest although Alfie wasn't to sure what to do with it at first, it is also a little bit noisy and at times annoying when it keeps going off but Alfie enjoyed playing with it and flying it through the air and saying 'neawww neawww' with it. Luke the Loop is perfectly sized for little toddler hands to be able to grab and hold and play with. 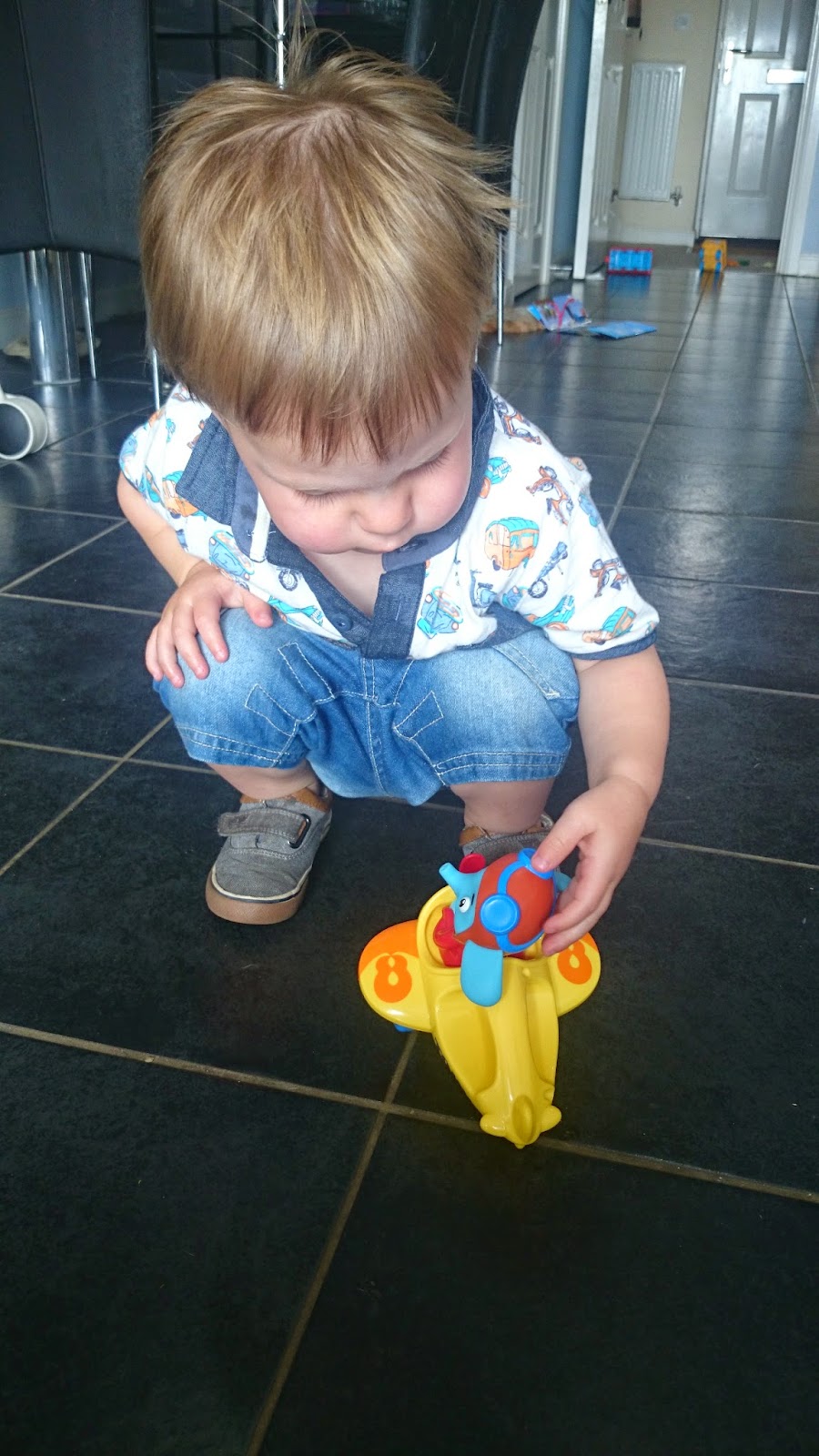 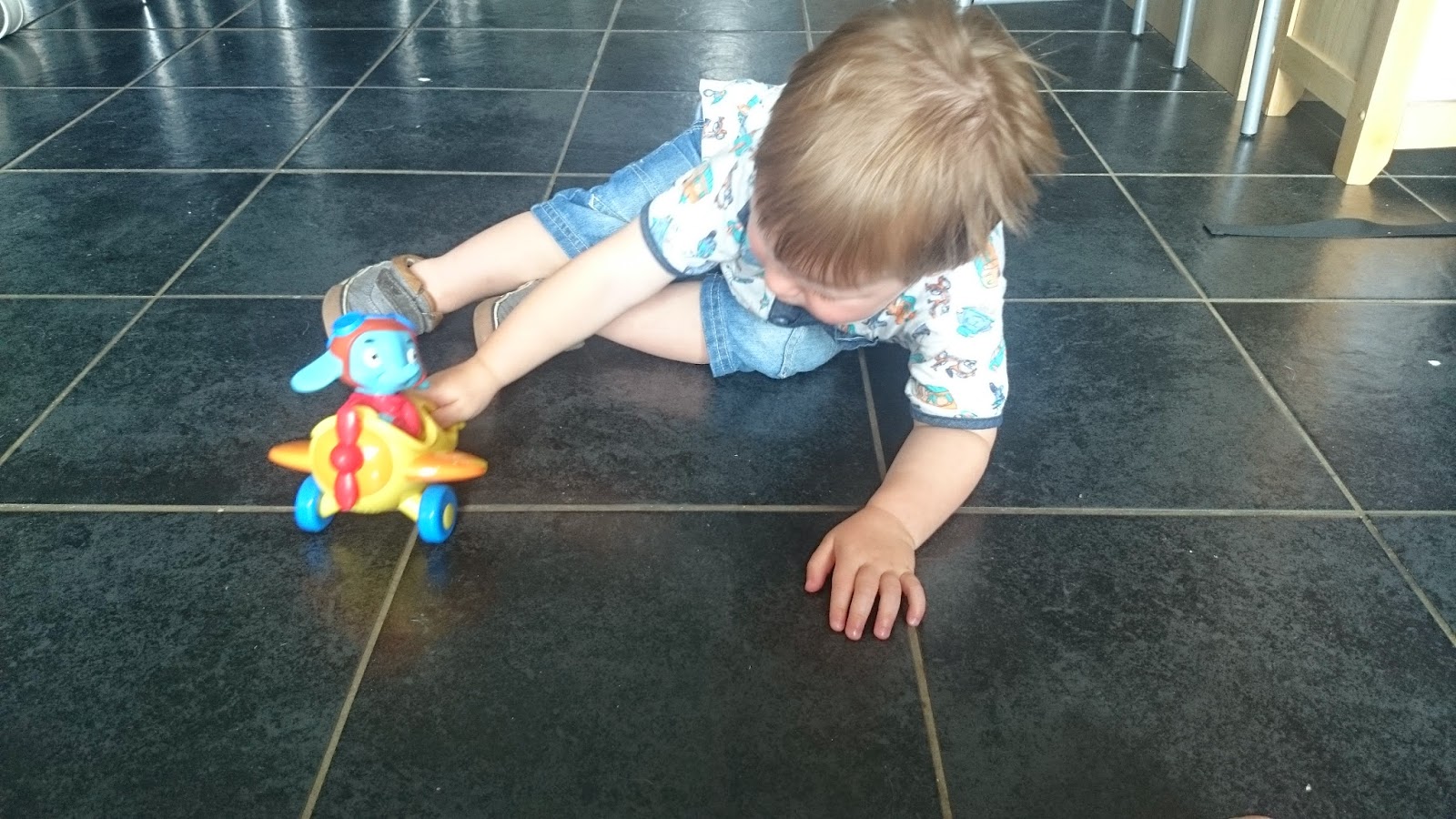 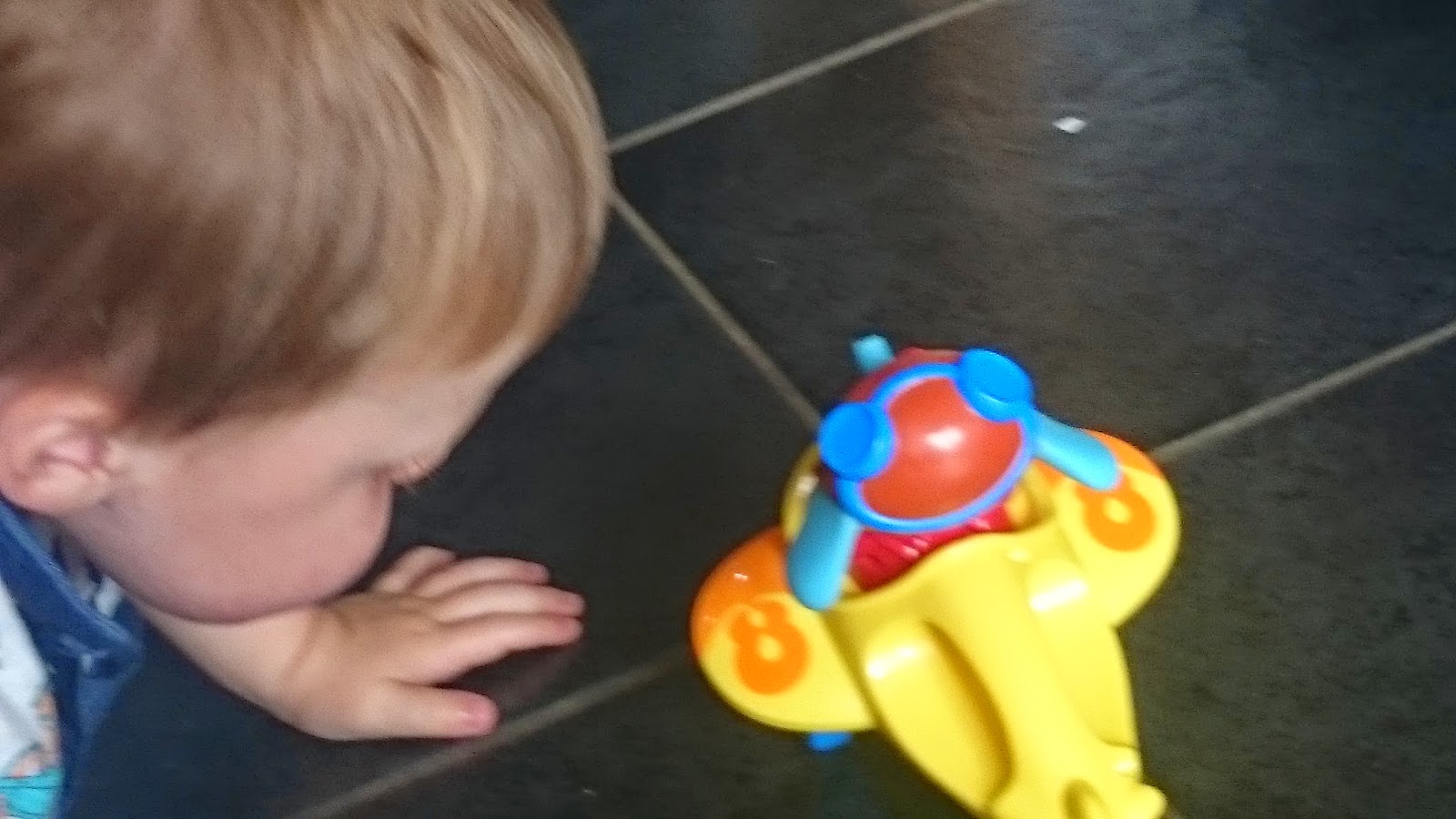 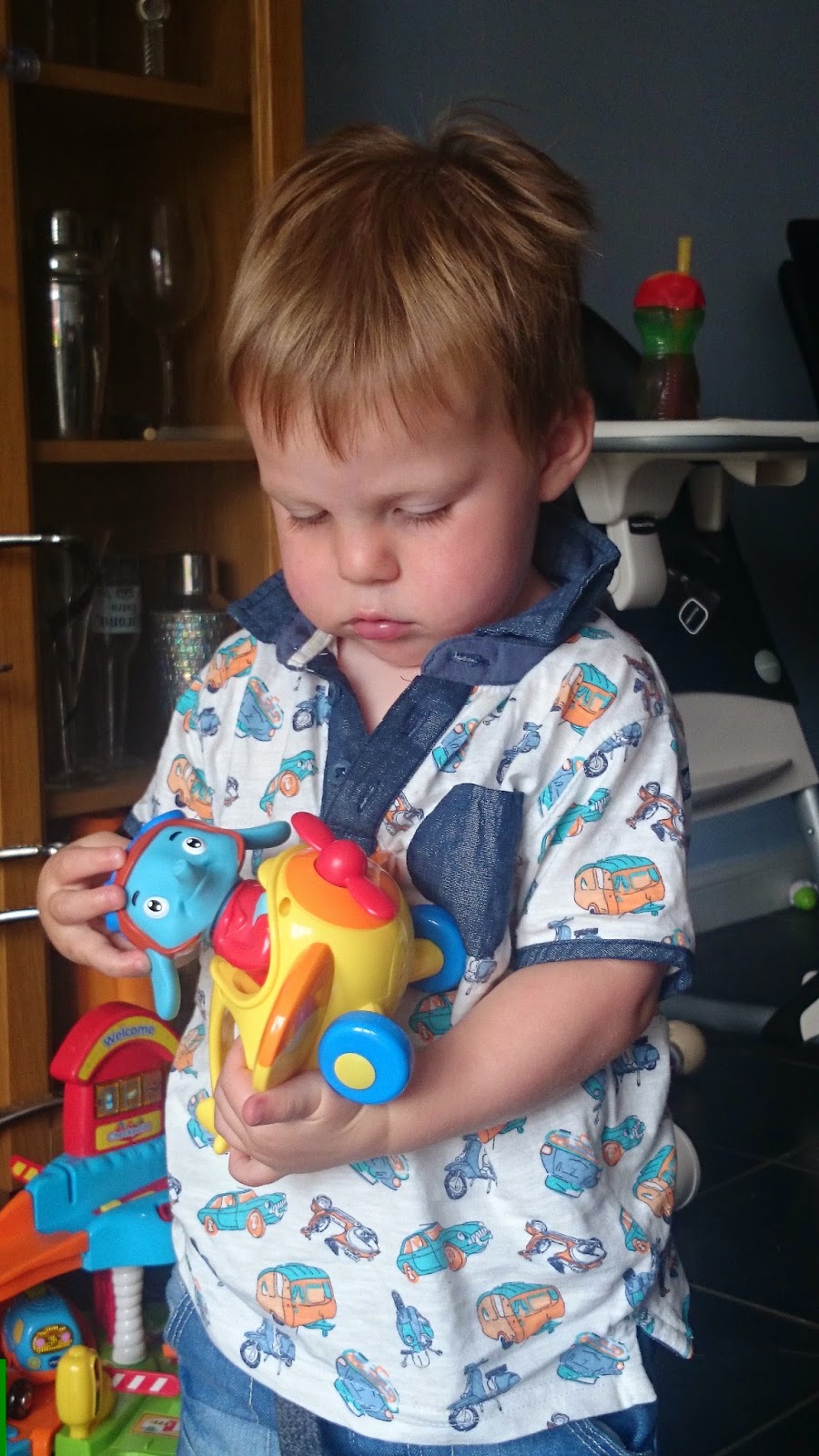 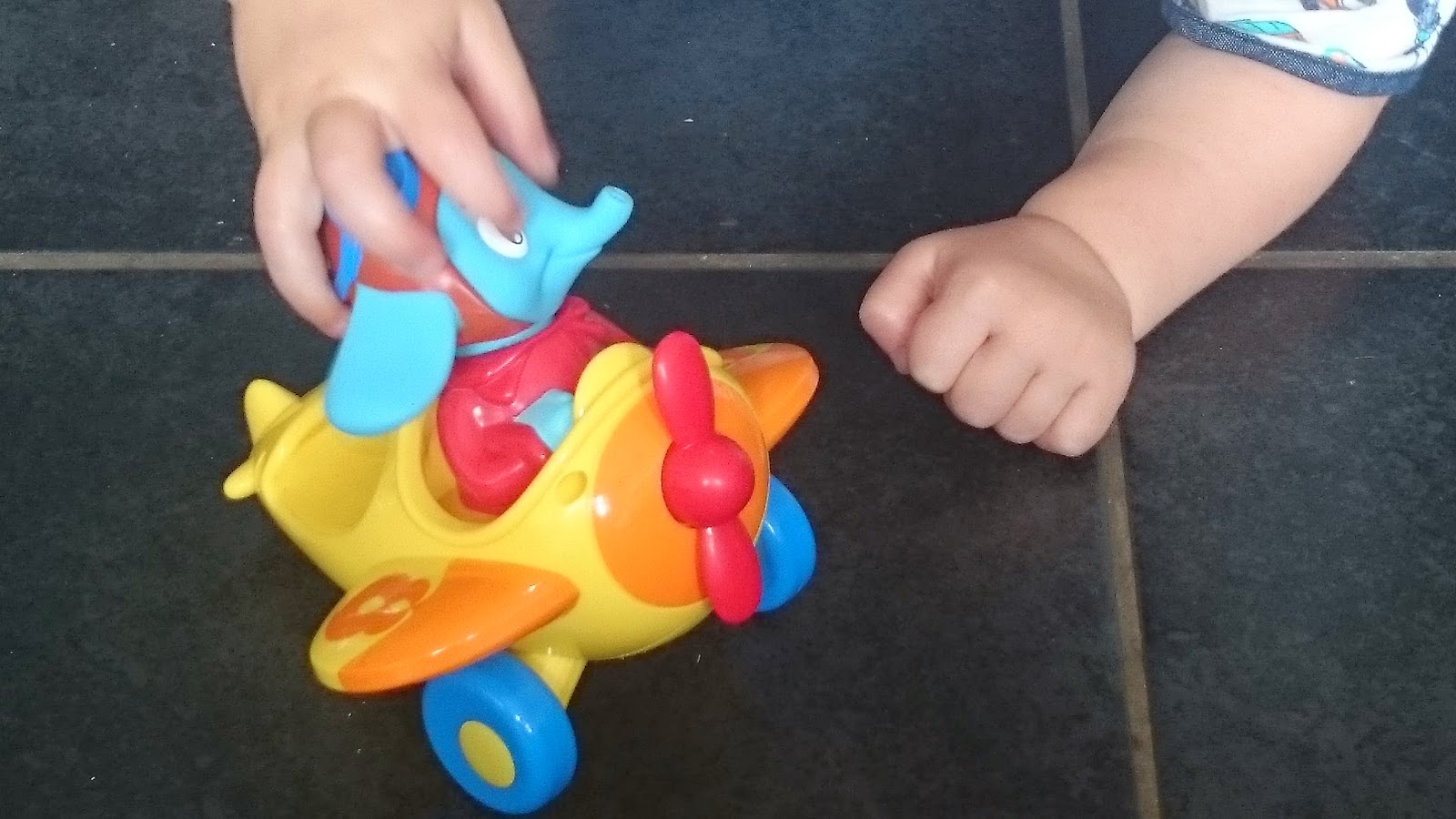 As you can see Alfie had a great time testing them out and as a toddler toys do need to be pretty robust to withstand the toddler treatment, I'm pleased to report that both have stood the test and have sustained no damage despite being thrown, played with and hidden in the sand pit!

The Tomy train set costs roughly around £9.99 and Luke the Loop about £15.00, both extremely reasonable prices, especially the train set. I would happily recommend either of these to Mum's or Dad's that need some entertainment to keep their toddlers occupied.

As always I'm generally impressed with the standard of Tomy toys and it's a pleasure to be able to review them.

* As part of the Tomy blogger program I am kindly sent items to review free of charge, all thoughts and opinions are that of my own.
Posted by Helen - Blogging Beautifully at 9:20 am