I feel like I have doubted my son. Over the last few months time and time again we've toyed with the idea of taking his pull ups off at night. He's nearly 4, has been potty/toilet trained for well over a year now and I had been wondering when was an appropriate time to take off the pull ups and aim for him to be dry through the night. I've been convinced that he's not ready for some time as everytime he wakes on a morning he is still quite wet. We had come to the conclusion that the reason his pull ups were usually wet on a morning was more him being lazy and just doing his first morning wee in them as they were never overly drenched. I've been worrying that we've gotten into a bit of a viscous cycle because I just kept dismissing trying as I was convinced that it wasn't the right time and we should just wait. It wasn't just me with these thoughts, my husband felt the same although he was more confident that we should just give it a go. You can spend hours on Google trying to find out when is the right time, what to do and how to do it but I think you have to go with your instinct in the end.

It was my husband that suggested that we give it a go one night. I admit I was a bit dubious, although we'd been talking about it to Alfie for a while I felt we were kind of unprepared.......I mean we had the awful, crackly waterproof sheet that you put underneath the normal sheet, it wasn't that kind of prepared, I think it was more mentally for me that I hadn't fully got it into my head that we might be in for some disrupted nights sleep. However, I did agree to give it a go and we'd just see what the night brought. We got spare sheets, duvet and pj's ready just in case and decided to just crack on. We did the normal routine with him and then made sure he had a wee before bed. He went to bed just fine, it was just a normal bedtime to him......so far so good! We had read up alot online beforehand about what we should be doing, how we should be doing it, what we shouldn't do blah blah blah, as with everything when you start reading up for advice it's a minefield of controversy! Put pants on, don't put pants on, wake them up for a wee before you go to bed, don't wake them up before you go to bed, reduce their water intake before bed etc etc etc the list goes on! I think you should just do what suits for you. Anyway, we decided that the wearing no pants in bed made sense, apparently the sensation of wearing pants can feel like pull ups which may cause more accidents so we thought we would err on the side of caution and go with no pants. We also made the decision not to wake him before we go to bed for a couple of reasons. Alfie is such a deep sleeper, I hated the thought of disrupting his sleep and also once he is awake he is a bugger to get back to sleep so in all of our interests we decided just to see how how he got on without us waking him up. It is also suggested (in the million pieces of advice found online) that waking them up to wee can actually then become habit forming and harder for them to go dry through the night so it seemed sensible for us to just leave him be. 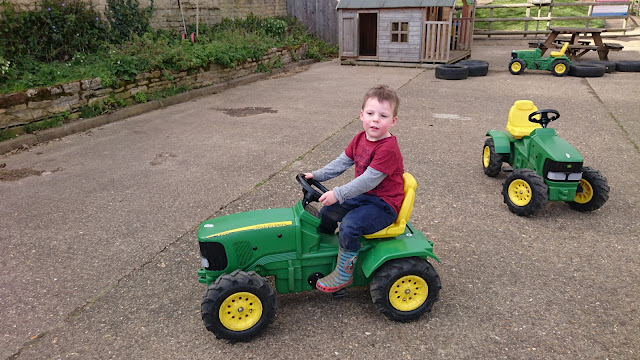 So we went to bed as normal on the first night and I really was expecting a disturbed night, I slept terribly thinking I'd be up changing wet sheets in the middle of the night. What I didn't expect is to be woken at 7am to Alfie taking himself off to the loo! I do not give this boy enough credit. What an absolute star, we had a successful first night and we could not be prouder. In fact to this day we have not had any disturbed nights and only 2 accidents in the morning! I am so proud of him for acing it, it's been almost a month now and 2 accidents in my mind is bloody brilliant. I so wish we'd been a bit braver sooner as I do think he was capable of it but never mind, we've achieved another huge milestone and I'm super pleased with how well he has done. Here's hoping it continues! So my advice would be if you think they're ready but you're not too sure just give it go, you might just be surprised.

How did you get your little one to be dry through the night?
Posted by Helen - Blogging Beautifully at 6:30 am