A month and a bit ago we were in the South of France. Smack bang in the middle of a world wide pandemic. Some might think crazy, some might think mildy stupid - for us neither of us thought we were being idiotic but instead a chance to get away and have some well desrved r&r to a place that we love and is dear to us and is away from everything. The Dordogne is a place we stay and have stayed for many years, a place that we know well, felt quite safe , we were prepared and happy to go. We book, usually a year in advance usually as we leave so we know that we have a reservation, hence why we decided to continue with our holiday this year despite the risk of quarantine - which became very much a possiblility as you will read! I can't say we didn't consider cancelling as we did, but mostly because we bought a puppy and we weren't sure about leaving him in kennels (but we did and he was fine). In a change to our usual ferry journey we chose to travel by the Euro Tunnel, it was a good decision we could stay in our own car and avoid having to be near people and it's alot quicker! It was a great decision and one we would defintely use again.

There was not a moment while we were away that I felt unsafe, at risk or that we had made the wrong decision. France actually felt safer at times than where we are in the UK. Where we stay is in the middle of nowhere with large grounds and a private pool, there are very few people near, it's fantastic and a real get away from it all place. We could choose to do as little or as much than we wanted and seeing as we have previously done a lot of the touristy things we decided to do less of this and spend more time by the pool, utilising the large grounds and choosing to do more outdoor activities such as visiting gardens and little towns.
There did seem to be a little less social distancing, but shops like large super markets seemed much quieter with less hustle and bustle so it wasn't an issue. The wearing of masks/face coverings while we were away were defintely more stringent but while we were away UK then followed similar restrictions which I guess was to be expected.

We had some nice meals out, we even managed an adults only meal out thanks to my parents who joined us on our 2nd week! What a treat that was and it was lovely to have them with us for the week. We also had the most glorious weather while away hitting over 40 degrees on a couple of days and on the others mostly high 30's so it was just lovely to be able to relax by the pool, catch up on some reading and let the kids be wild and free....literally!
The 2 weeks weren't without its drama however. We had ear infections from the husband and the kids.....that was a fun trip to the French pharmacy. We found a snake in the pool filter, that was arghhh! Alfie thought it was great, me....not so much, luckily we the husband managed to safely remove it and let him go into the woods. My Dad also reversed his car into a large rock as soon as he arrived - oops. Then later in the week Alfie got a particularly nasty wasp sting to just under his eye, the poor boy is terrified of wasps as it is due to a past history of stings and he really did react very badly to it as the next morning half his face was totally swollen and he couldn't open his eye so that resulted in yet another trip to the the pharmacy. I swear Google translate has never been used as much as this year! We then had the final straw of the UK announcing quarantine on arrival back in the UK from the Saturday. We were due to return on the Saturday which was incredibly frustrating as the announcement came at 11pm French time, it left us very little time to think about heading home early and trying to get home to avoid the quarantine which was going to kick in 4am Saturday morning. Very annoying and thankfully we did manage to head home a day early and managed to book a ferry crossing - all be it I booked the wrong way (Dover to Calais) like a fool, then we manged to book another one the right direction but in the end we mananged to book a Euro Tunnel at last minute which was how we were originally returning so ended up getting that and getting home 11pm Friday night. It was a very long journey home, incredibly stressful but glad we made it home in time.
Do you know what the best thing was about finally getting home? The feeling of coming home to my own bed and climibing in it absolutely exhausted. There is simply nothing better than returning home and getting under my own duvet - which incidently is always a fresh set so when I return it is all clean. I had recently been sent a couple of gorgeous sets of bed linen before we went away from Terry's Fabrics (kindly gifted). This is a wonderful company with such a huge choice of bed linen, blinds, curtains and more with a budget to suit all.
What is to love about the duvets and company?
- They are the most amazing quality and if anyone knows my love of flamingos I was delighted to be able to find a king size duvet with a fun flamingo design. The palm tree one is beautifully elegant and simple which is lovely and in contrast to the bright and bold flamingo one.
- Super quick delivery and arrived in perfect condition.
- Fantastic choice of sizes and, there are some particularly lovely childrens bed sets and yes I have already been eyeing up the Christmas range!
- They wash well and stay nice and crisp which is a bonus, I hate duvet covers that quicky look and feel worn, this is not the case with this company.
- A variety of brands to choose from and prices to suit any budget, I promise you will be spoiled for choice.
Overall I had a wonderful sleep after a rather tiring and stressful journey home. 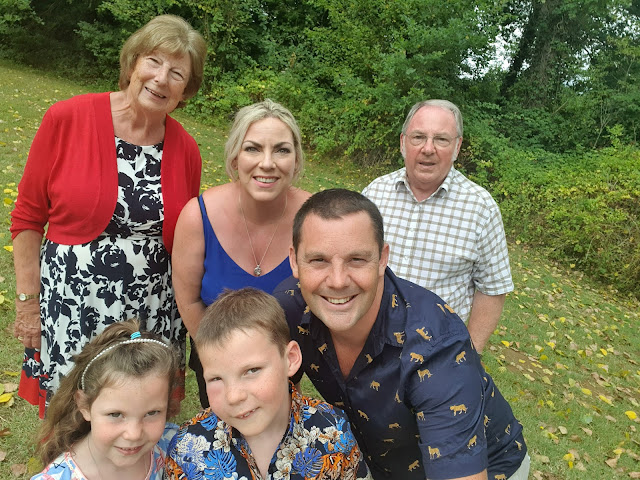 Overall we had a fantastic break away, I am so pleased we were able to get away and had no regrets about going to France I only wish I knew what was going to happen in the next few months so we can book somewhere for next year. Roll on our next break away. Would you holiday in a pandemic?
Posted by Helen - Blogging Beautifully at 8:44 pm