We are just shy of 24 hours before myself and the other half head away for a few days away. Thousands of miles away to the UAE. Eek. Just us. No children. Whatttttt?! I know, sounds ideal doesn't it,  many parents would jump at the chance of having some adult only time, a chance to reconnect, a chance to talk without the usual 'mummy'.....'daddy' yells. No crazy mornings trying to juggle school runs, getting to work, packed lunch days and life in general. I have to admit I'm not dreading it but it's taken a while for me to feel excited, the anxiety is creeping in from time to time for a variety of reasons, but I am hopeful we are in for an amazing few days away.

I guess I should start with the reason why we are heading away without the kids, we're not been selfish and not taking the kids with us was a huge decision for us and not one that we made lightly but there are reasons behind it, but first let me explain a bit more about why we're going away.  In 2010 I married my man, a dream wedding and memories made to be cherished.  Fast forward to 2020 and here we are 10 years later, unbelievable. Not quite sure where the blur of 10 years has gone but yet here we are. 10 years is pretty special I think, a whole decade of marriage and 2 children that we are keeping alive....go us, whoop! We knew we wanted to do something special but weren't quite sure what. Weeks went by and we still weren't really sure, did we want to do something with the kids? Did we want to renew our vows.....well I have would but hubby thought this was silly! A party? Do people even do that?! No clue.  It then occurred to us that we had tons of Avios points to spend with British Airways as we'd been collecting them for the best part of 10 years! We had a ton accumulated with no real idea what value it would equate to. My husband also had a companion flight (effectively a free ticket) after a massive cock up on a previous flight to San Diego *don't ask* which had an expiry date in the end of April so we knew we had to make a decision. We chatted about places in Europe (pointless waste of a our free flight though as we could use it long haul), we discussed Florida (too much to organise for this year), we thought South Africa and maybe New York again but wanted to go somewhere we hadn't been before so but I suggested Dubai just on a whim and it suited us.....short(ish) flight time (6 1/2 hours ish) and a reasonable time difference of 4 hours ahead so not too much in the way of jet lag and we could go for less than a week but more than a long weekend so it seemed a winner!

Unbelievably,  and after a mammoth phone call to British Airways it transpired we had enough points to get us both a business class flight there and first class on the way back! Crazy! Never thought I'd ever get the chance to fly in luxury that's for sure, and considering I am not keen *slight understatement* on flying this was a massive positive. We chose our hotel and because the flights have cost us virtually nothing but taxes we have been able to treat ourselves to  (what we hope) is a rather nice hotel situated on The Palm. So, we are off to Dubai, in a matter of days ...... without kids to celebrate our anniversary.  It is a weird feeling as neither of us have never been apart from the children together for an extended amount of time. We did go to NYC for my 30th but Alfie was about 8 months old and was non the wiser, we have, of course had a handful of weekends away without the kids but never have we both been such a distance away for this period of time. We fly tomorrow and return Sunday so it's not even a week and they will be back at school which is why we arranged it at this time so I'm hoping this will mean it won't be too traumatic for us, them and/or the grandparents! We haven't made a big deal of it and I'm certain our anxiety is so much more than what the kids will be. 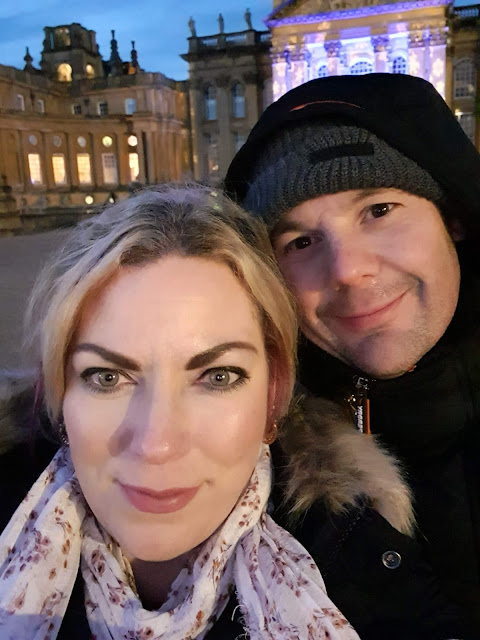 I admit I have found it difficult to be excited, although I am starting to feel a bit more of that building but naturally it is mixed with a bit of in-trepidation and anxiety, a bit of both stressing about the kids but also the flight! I know the children are going to be fine, they will be looked after and I have total trust in the grandparents that they will make them feel safe and secure, I'm sure there might be some tears on leaving (probably from me!) But all will be fine.

I am looking forward to visiting somewhere completely new and different and everyone I have spoken to has been so enthusiastic about Dubai and about how we will have a great time. I've stocked up on the kalms and rescue remedy to get me through the flight so hopefully my anxiety regarding the flight will be less so! It is going to be weird, I know it is and we are going to miss the kids terribly but I think this will be good for both myself and my husband and the kids and as they are a bit older it's going to teach them that we won't always be around and time away as a couple is potentially something that we could look forward to in the future. I just hope I can enjoy myself while I'm there.

Wish us luck and watch this space for updates!!
Posted by Helen - Blogging Beautifully at 9:55 pm