{Gifted tickets} Come hear the music play......life is a cabaret old chum, come to the cabaret..... It's a very well known lyric isn't it, an iconic musical but would you believe as a lover of musical theatre it's not a show that I've ever watched, shocking I know! This is no longer the case as last night I had the pleasure of watching Cabaret at The New Theatre, Peterborough.To be honest I wasn't really sure what to expect, I had thoughts that it would be similar to Chicago and to a degree the performances are with that 'Fosse esque' dancing and leave little to the imagination costuming but that is where the comparison ends. Not really knowing what the show is about prior to watching it meant I could really become immersed in the seedy and intriguing world of the Kit Kat club.

So, if like me you've never seen Cabaret either on stage or screen the show is adapted from a short novel called 'Goodbye to Berlin'. Set in 1931 Berlin, around the time that the Nazis are rising to power, the show is centred around the risque Kit Kat cabaret club and focuses on the relationship between American writer Cliff Bradshaw and English cabaret performer Sally Bowles. The master of ceremonies, Emcee takes us on the journey through 1931 Berlin and draws the audience in to the decadent but almost sinister world of the Kit Kat club. On doing a bit of reading around I found that the club is essentially a metaphor for the developments in late Weimar Germany. It is so much more than the goings on at a cabaret club. Before I get too much into that let me talk to you about the cast......

As mentioned above, Emcee, the master of ceremonies, the host is played by the extremely talented John Partridge (ex Eastenders actor and frequent west end performer) and I have to say what an excellent choice for the role, he can sing, he can dance, he's flamboyant, humorous and draws the audience right into the Kit Kat club. His enthusiasm for the role is plain to see.

Kara Lily Hayworth as Sally was superb, what an actress, I was captivated watching her, relatively new to the theatre scene I believe, she played Cilla in the West End for a couple of years and was met with high praise for the role. The rest of the cast is unbelievable, what those guys and gals do with their bodies is unreal! The dancing and staging is just everything that ticks my boxes and the songs and lyrics are powerful and have such meaning to them. I felt like I was watching it in the west end, it's such a slick production and thoroughly enjoyable. 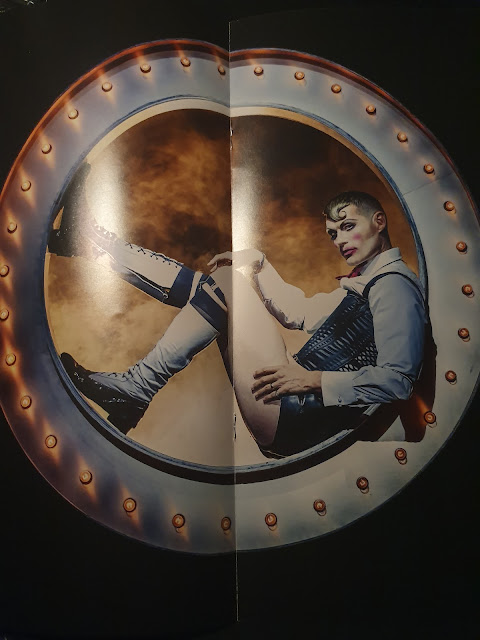 The show is risque, it's raunchy and a bit naughty! I don't think my Mum was expecting full frontal nudity, so it is worth mentioning that there is an age restriction of 13+ for this reason. However, it's not just about life at the cabaret, there is a darker side, a political note throughout and sadness, the ending is not like other shows I've seen, I left the theatre in awe that a show would make me question things so much and dissect a story line quite as much as I have! No spoilers though, you will have to go see it for yourself. What a show. What a show. 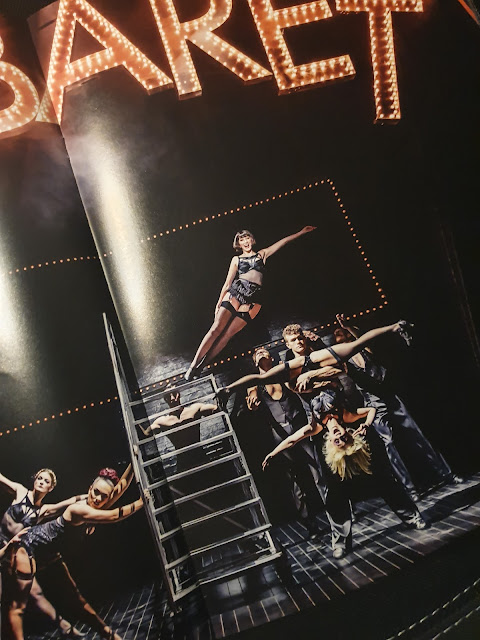 After not knowing what to expect, I can honestly say this is at the top of my musical list, it's takes alot to beat Chicago, Cats and The Bodyguard which are shows that I have seen multiple times but I would see Cabaret again without a doubt. Overall it's a 10/10 for me, the story is intense, the songs are fantastic, the dancing is fabulous, the cast are professional and make the show what it is. I absolutely loved it.

Cabaret is showing at The New Theatre until the 25th January, I'm not sure on the availability on this but head over to the website for further booking information. It's a must see.