{Gifted} Bellies are interactive little baby dolls that originate from 'Bellyville', these tiny little babies come with a variety of surprises which are discovered when taken out of the packaging. On first impressions, I have to be honest they look a little creepy but to my four year old daughter thought she was just really cute! We received 'Yumi-Yummy' the crazy little pink haired, pig tailed baby. She likes all things sweet and loves to eat anything, she loves the colour orange. Strange little thing she is! There are six varieties available each with different personalities and likes and dislikes. 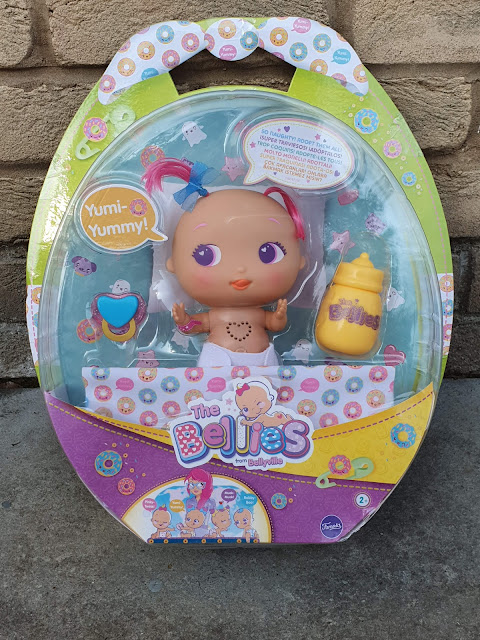 Within the pack is:

Once taken out of the pack you activate her by pulling the 'umbilical tag' and she will start saying her name and babbling, her heart will beat and start to glow red. She really does babble quite alot and I struggled to pick up many words other than her name. She sounds kind of cute though! 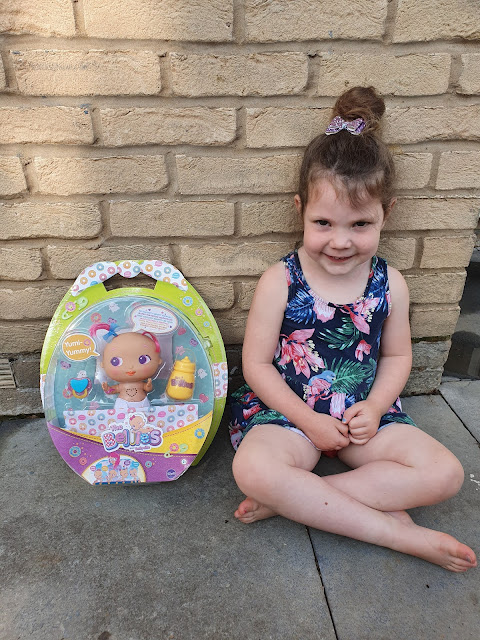 You can take her nappy off and inside there is a poopy surprise! I was expecting something slightly more than just a sticker within the nappy but Elarna thought it was amusing. You can pretend feed her using the bottle and she will babble all the time and you can put the dummy to her mouth where it will stay as it's magnetised and she will make contented little noises. For further ways to look after your bellies doll you can use the 'poppypaedia' to make sure you are taking the best care of her. 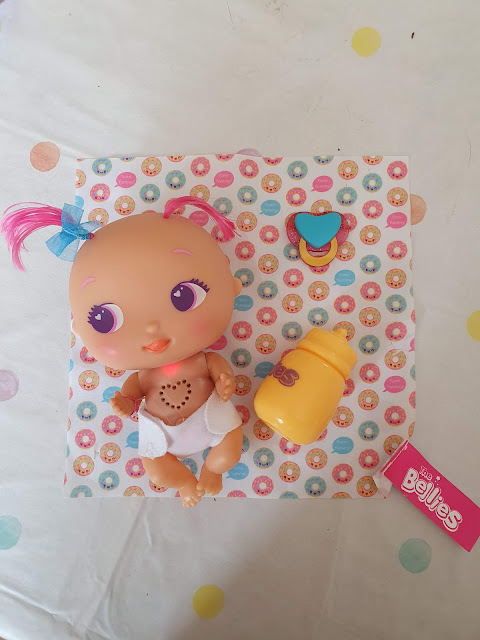 - They are cute little things and the interactive feature is a nice touch, my daughter is four and enjoyed playing with her

- Cute little accessories that are included within the pack

- The little birth mark on her bottom is a sweet idea, undo the nappy to discover what birth mark is there! 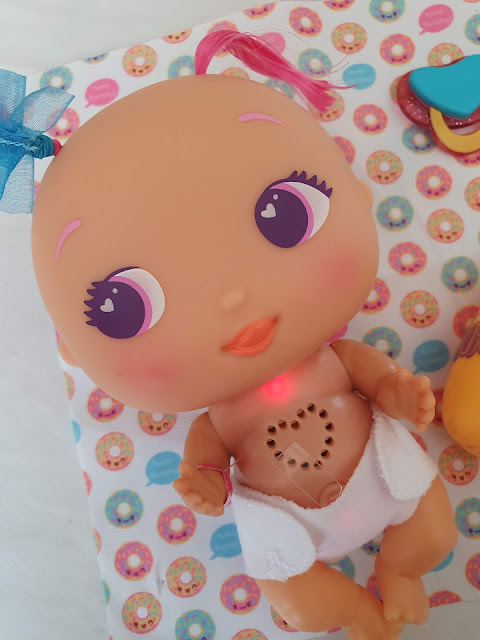 - I wasn't keen in the magnetised dummy, it wasn't very secure and would have preferred it to actually fix into the mouth 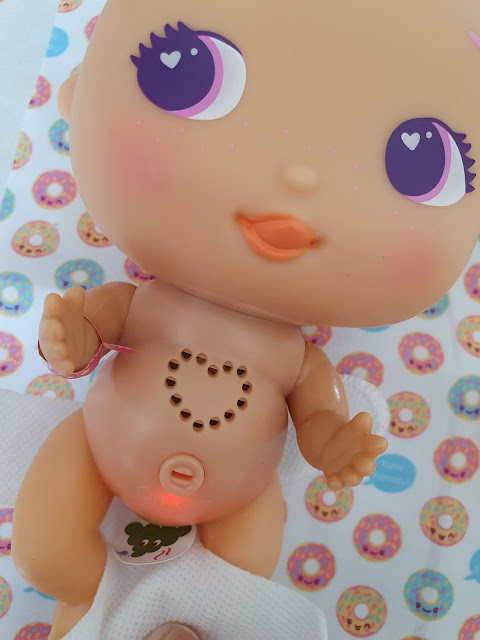 Overall we mostly liked it, Elarna played with her alot and took her to bed with her so she could go to sleep when Elarna did. I wouldn't say it's a toy that she keeps going back to but I think she will play with her on and off. Elarna is a child that likes to role play and interact so that part of the toy definitely appealed. Aimed at age 3 and up I would agree with this age recommendation due to the small parts. 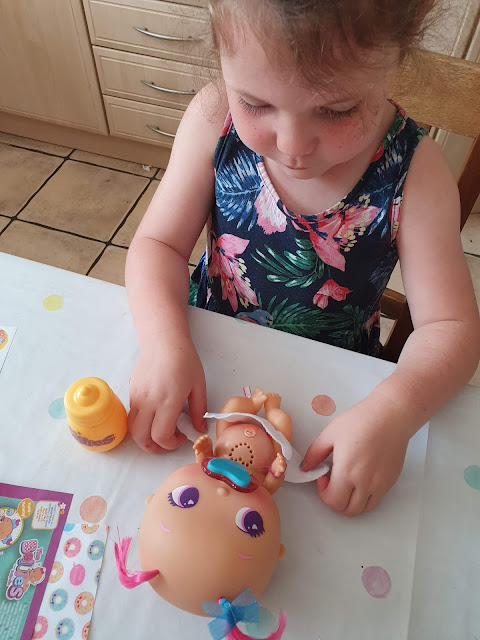 Available from leading retailers such as Smyths and Amazon amongst others this would be a great toy if the price was perhaps a little lower! These interactive toys are all the rage at the moment so they will definitely appeal to children that enjoy role playing and having some interaction with their toys. 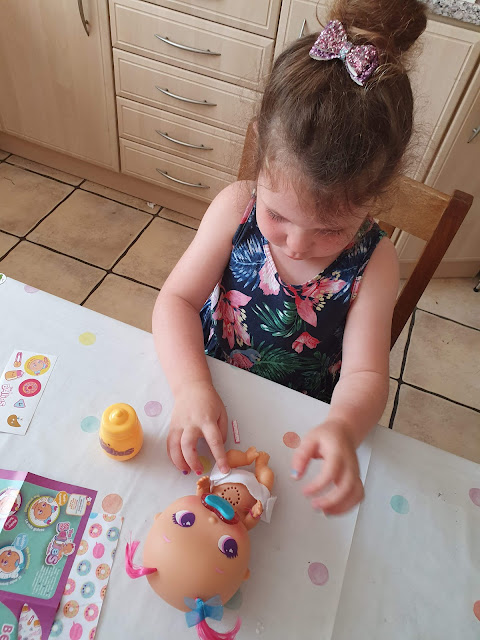 * Please note we were kindly sent the item free of charge in exchange for an honest review, all thoughts are my own.