Ad {gifted} You may remember back in May we reviewed the rather fun Zuru Dino Smashers well we are back reviewing a new addition to the range, the newly launched and the rather EPIC dino smash egg. This colossal egg features a whopping 25 surprises to be discovered within it. It really is a rather large egg as you will see below! 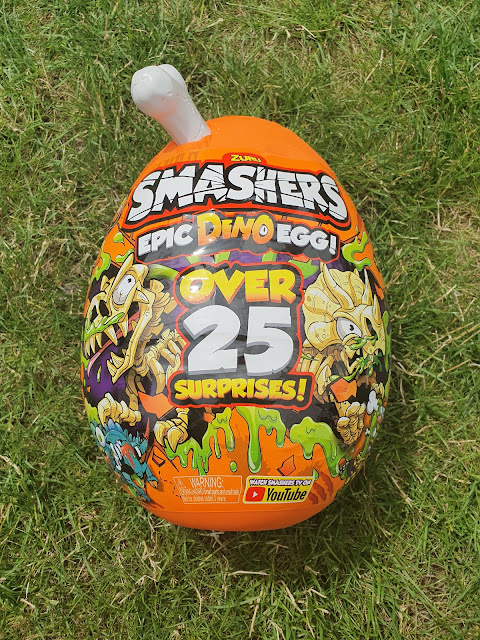 We were also very kindly sent a metal collectors tin to put all the collectible dino's in which has been very handy, but less about that and more about the giant egg! 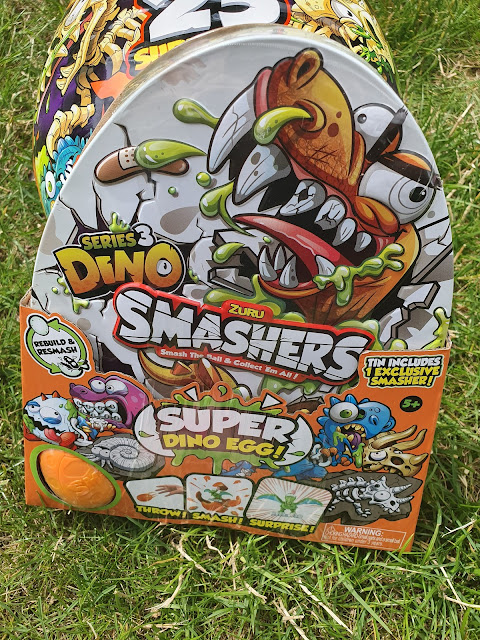 The larger than life egg promises some super eggciting.....see what I did there haha, treats! Alfie was beside himself when he received it and couldn't wait to smash his way through and see what was inside. 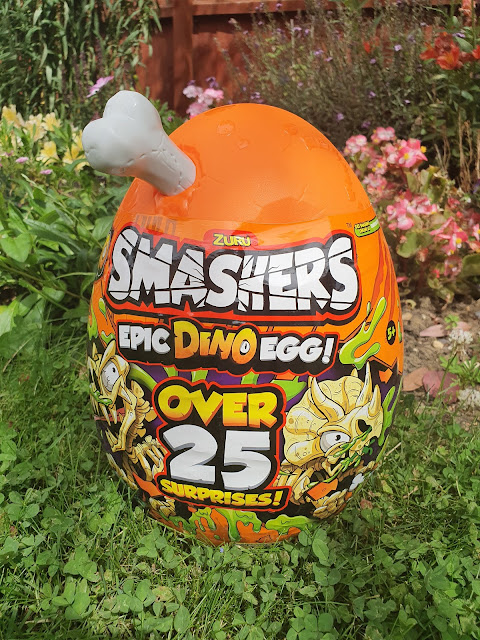 Once you've found your way through the packaging the egg can be smashed apart to reveal the contents. Inside you will find a dino egg yolk bag containing lots of treats. Not only that but within some of the other treats found within are bits of bones which then will form a big smash-o-saur! 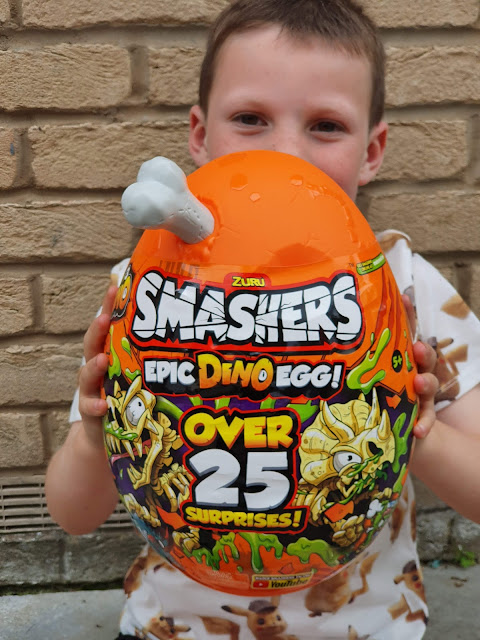 What I really liked about the egg is the different items that can be found within it, from smashers, putty, slime, kinetic sand, a fizzer as well as the different parts of dino bones and collectors map and character list. There is also a smash and rebuild stand included which is SO handy when you want to try and rebuild the eggs. 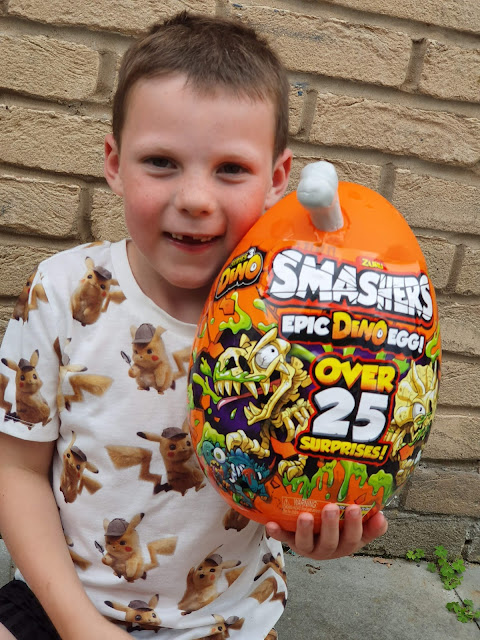 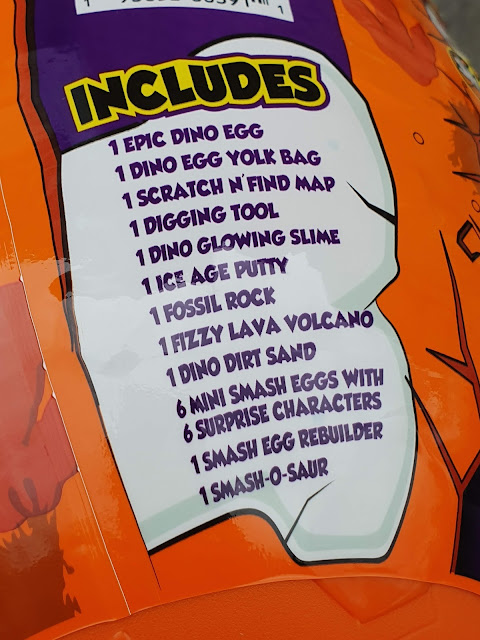 - RRP £24.99 (although certain places it is on sale for £19.99 at the moment), what a great retail price as it just contains so many extra bits and pieces!

- You can rebuild the large egg and use it for storage or just keep rebuilding it and smashing it for fun!

- It looks so impressive, it definitely isn't a disappointment! Would make a fantastic present.

- The dino's and collectible creatures found inside are so funny and cute, Alfie loves them and is pleased to be able to keep them inside his tin 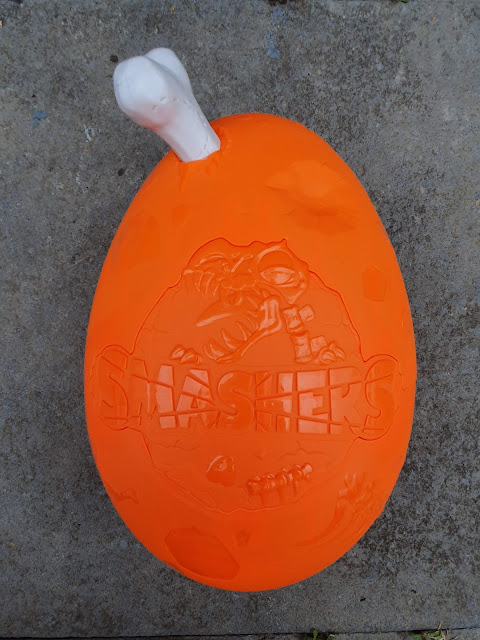 - Overall we love dino smashers, the only thing that is annoying is just how many orange bits there are to the eggs, we have sooooo many now it's verging on ridiculous and I would love to know if they can be recycled? I just don't know what to do with hundreds of orange bits, there are only so many times you can rebuild the eggs before they lose their appeal. 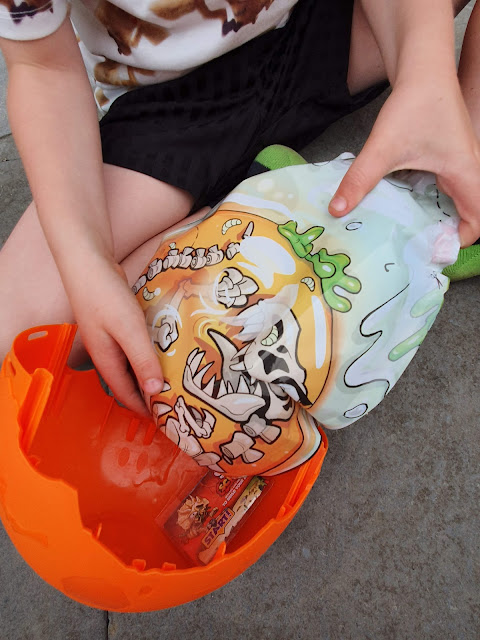 I will leave you with a few more pictures, not too many to spoil the items inside but just enough to give you an idea about the contents inside. If you have a dino mad child like my son or a child that is into collecting things then I can highly recommend! Available from many leading retailers. 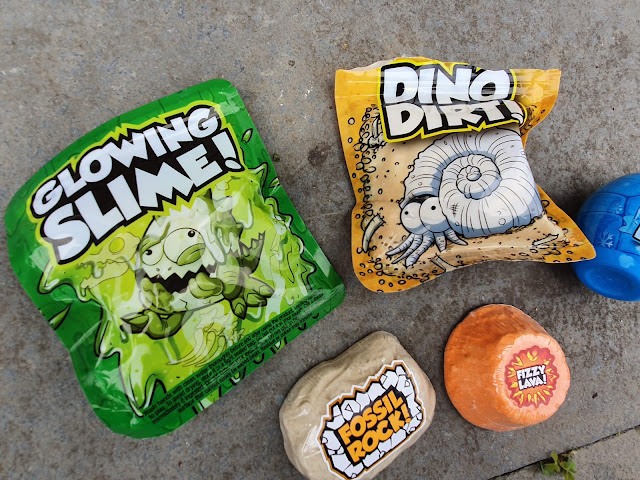 There are lots of dino's to collect and there is even an app that can be downloaded to track which ones you have found and also has a bit of an interactive feature which is cool. Aimed at age 5 upwards I promise you won't be disappointed.

* Please note we were kindly sent the items free of charge in exchange for an honest review, all thoughts are my own.
Posted by Helen - Blogging Beautifully at 10:15 pm