Ad {gifted} Chop, chomp, parpppp!!! Smashers are back for a 3rd series and they do not disappoint!! Along with this surprise eggs comes the smash rex who if you have a dino mad son like my own is a fantastic addition to the range, and something a little bit different. We love these surprise toys, they are like the toy that keeps on giving and my kids love finding out what creatures they are going to discover. 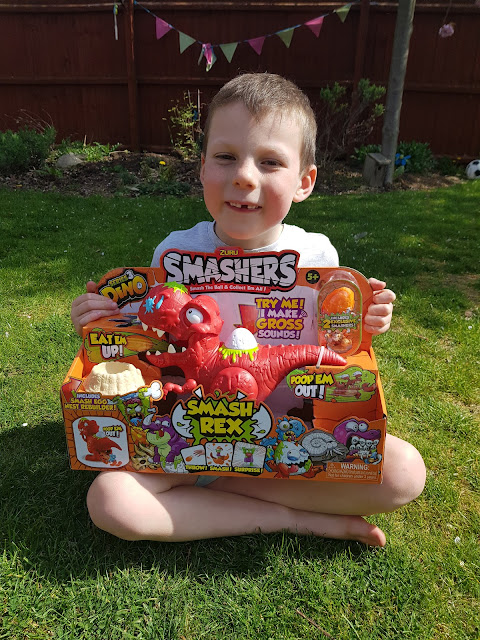 We were recently sent a selection of Zuru smashers series 3 items, including the smash rex to try out and see what we thought. The kids had a whale of time hunting out the dino eggs that I had hidden around the garden.... got to make them work for the toys haha. We were able to do our dino egg hunt in the garden while the weather was nice.... where has the sun gone, so much for spring?! Inside our hunting pack we had a magnifying glass to help with the search and plenty of smashers to hide. 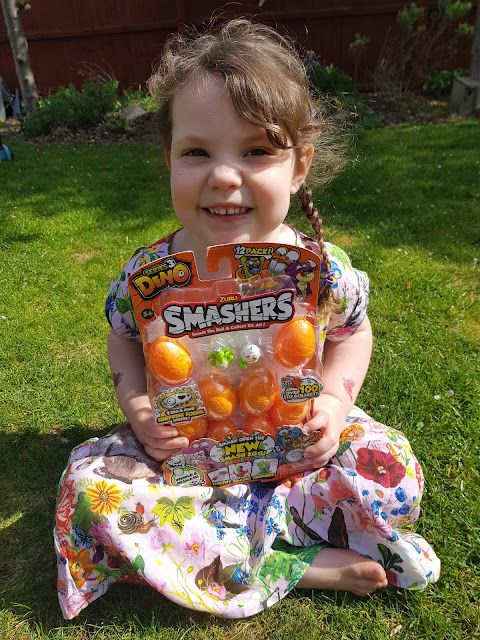 The smashers are available in one, three and eight packs as well as the smash rex and the super dino egg storage tin to store all those secret finds in! The smash rex provides extra playability with the smashers, simply pop an egg in his mouth, lift his tail and press down for the egg to smash it in his mouth and then poop it out ..... with realistic comical sounds!! Perfect for the child that loves gross things! Ewww! 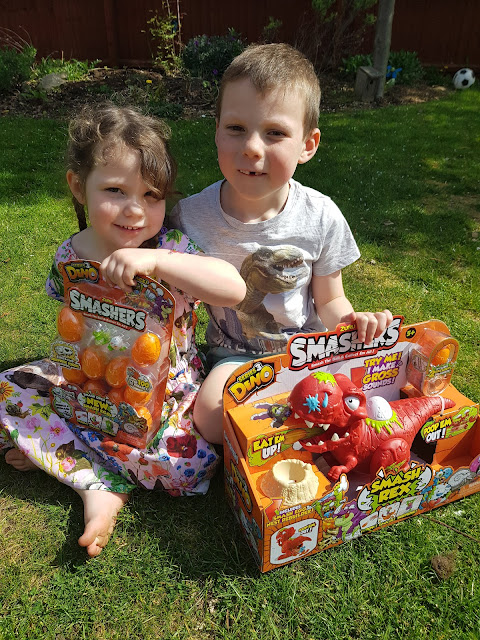 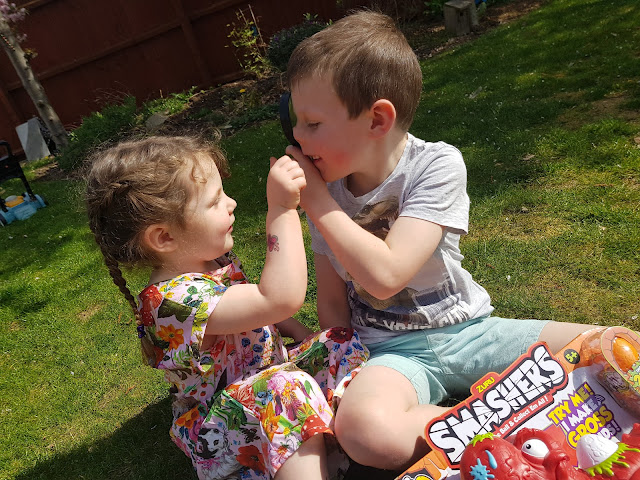 With over 100 smashers to collect there are plenty of opportunities to collect lots of different varieties, you can even download an app on your phone to keep track of which ones have been received. Also the smash eggs are able to be rebuilt so you can continue to smash and play frequently. Included in the smash rex is a smash egg rebuilder which is very helpful when trying to build the eggs back up again - which does take some practice! 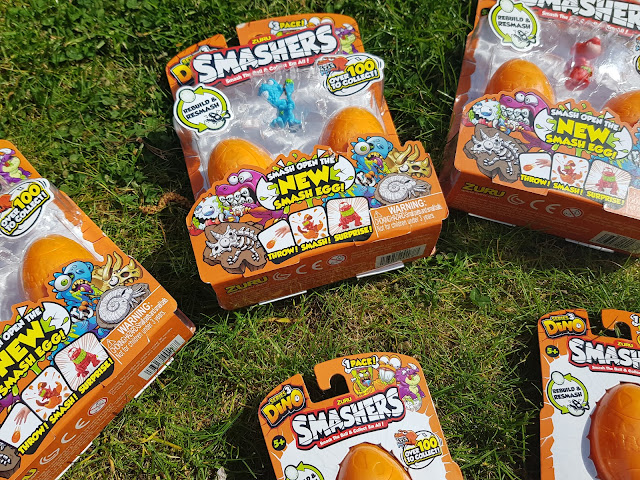 As you can see below there are groups of dinos that can be collected, there are also skull smashers and dino fossils to scrape and wash some cement away and discover another dino surprise! I love having a slightly different way of discovering the dino's, it's really inventive and just adds a nice little touch to the smashers. There are also rare dino's to find within the smashers. 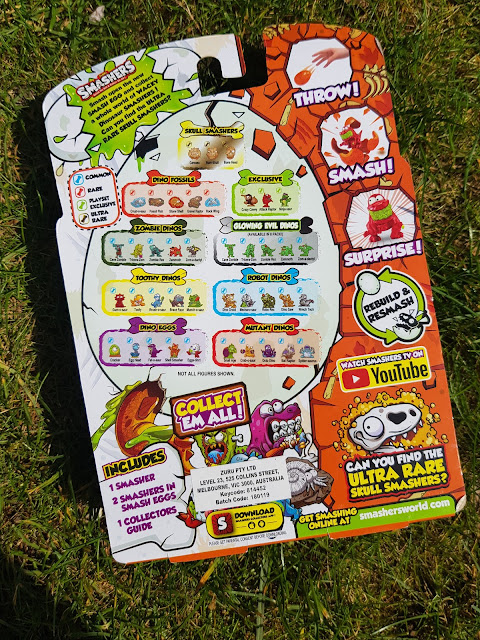 The eggs themselves are well put together so they don't fall apart when you remove them from the packaging, they take a bit of a chuck with a bit of force to get them to come apart or pop them in the smash rex mouth to munch them apart to release , we collected all of the bits once smashed and put them in a bag to rebuild at a later date. 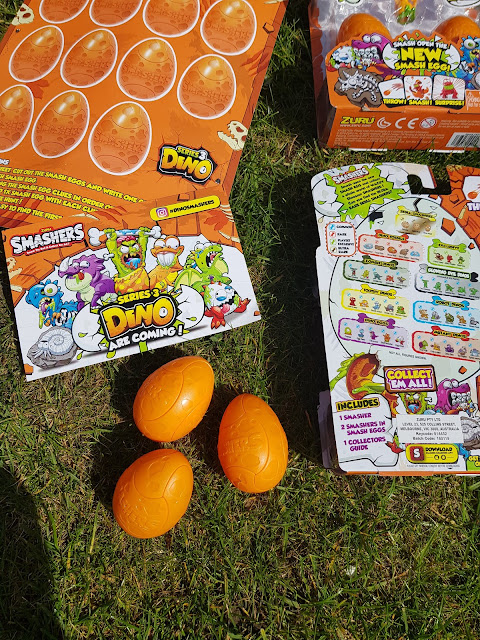 What did we like about Zuru smashers, season 3 dinos?

- Lots of dinos to discover and collect including some rare ones

- Available in a variety of prices from £1.99 to £19.99 so perfect for pocket money pressies and more elaborate birthday gifts

- The smashing aspect is lots of fun, the kids absolutely loved smashing them and being able to throw them around to try and break the eggs

- The smash rex is a great addition to the range, it adds another dimension for the children to play with the eggs, some of the dino's can even be hidden inside the smash rex too so kind of doubles up as storage 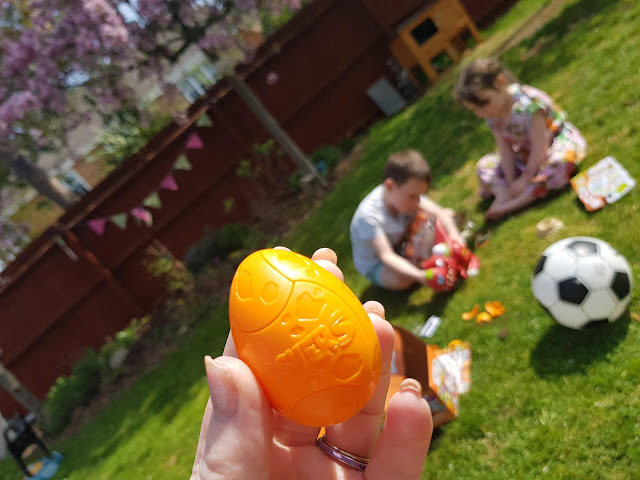 - The eggs aren't the easiest to rebuild once smashed, the nest is helpful as are the instructions but there is definitely a knack to it, also if you have alot of the eggs you will find there are a huge amount of bits to them

- The smash rex does take some practice to get it to chomp, the egg needs to be in a certain position for it to work we found 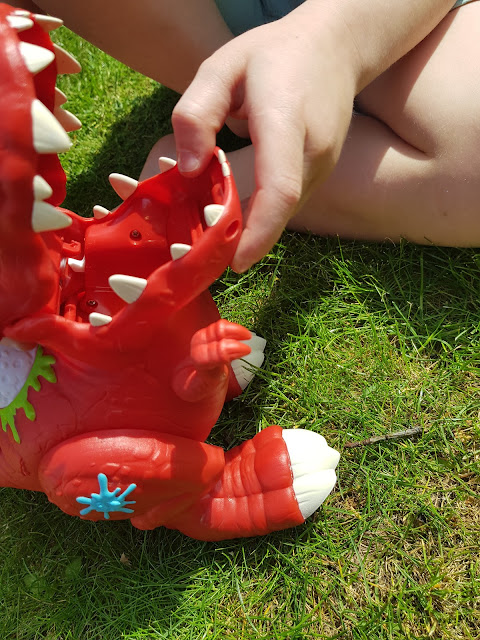 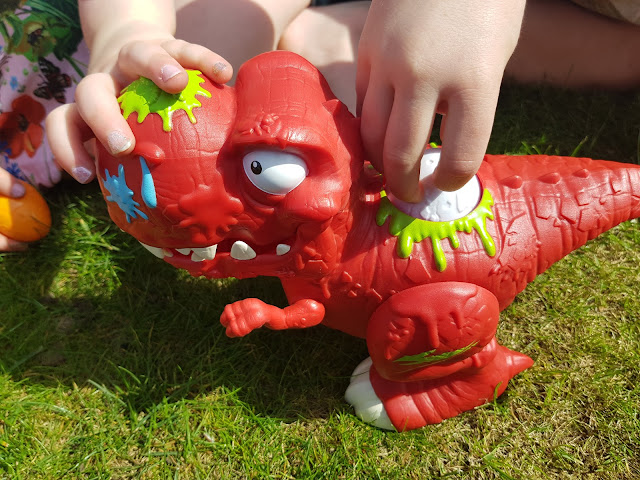 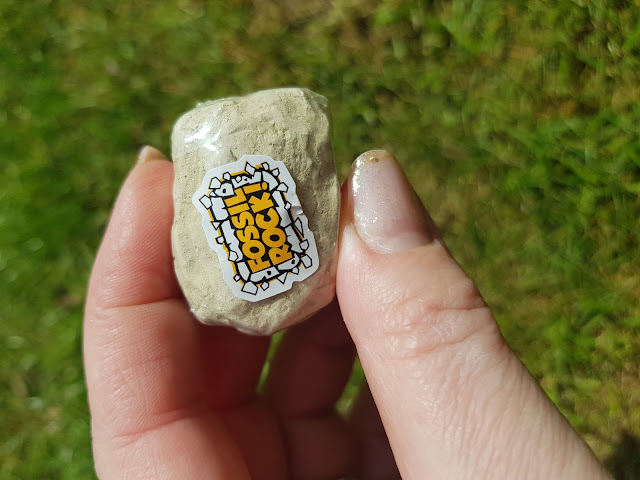 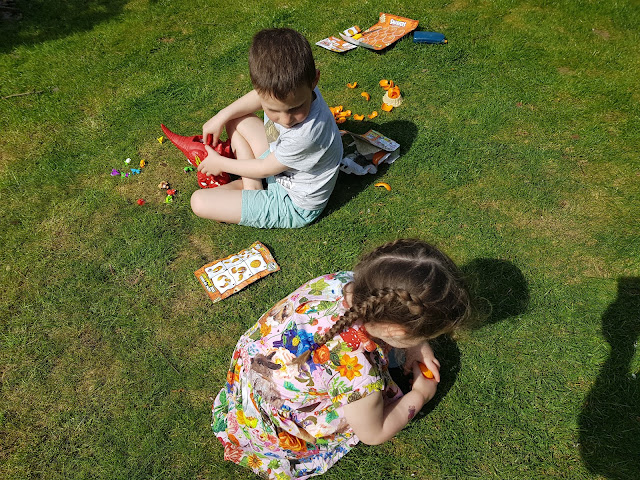 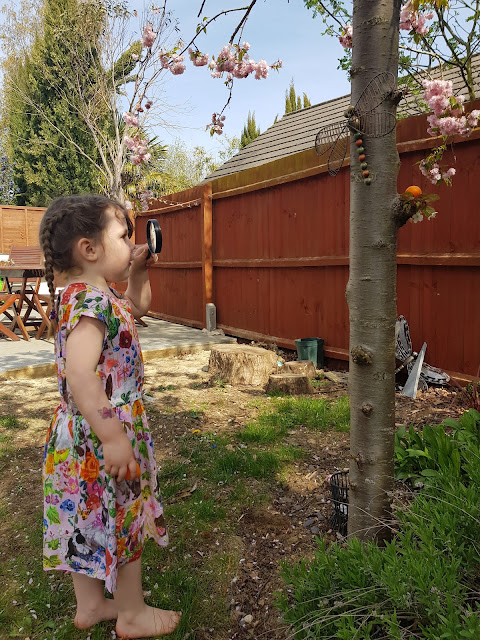 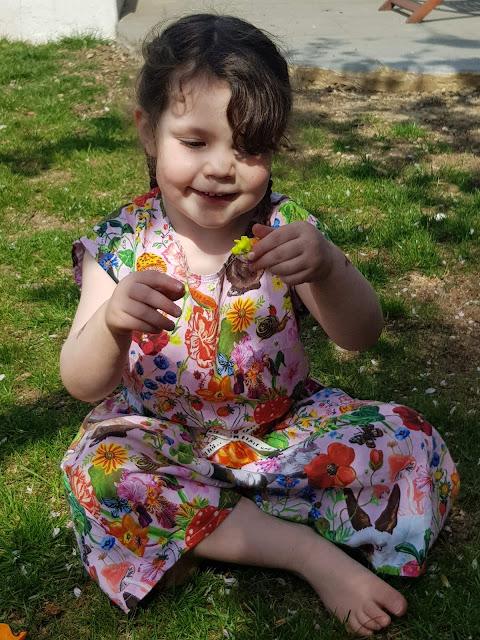 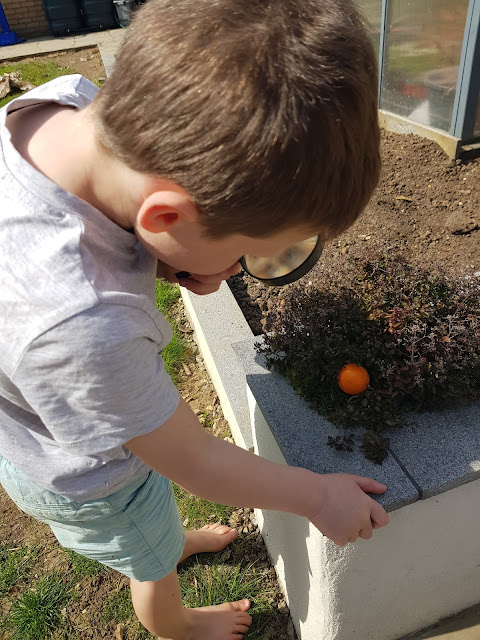 Overall, we really like the Zuru smashers series 3. The attention to detail on the dinosaurs is amazing and there are loads to collect. They are lots of fun and having the ability to collect lots from different groups and record them on the app is a great idea! 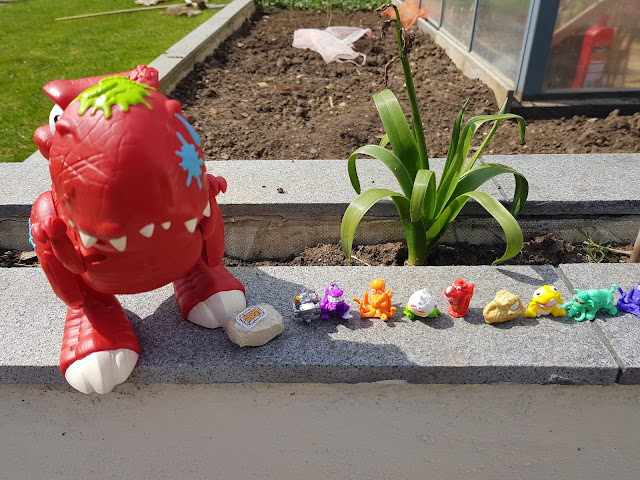 I'll leave you with a few more pictures of the smashers and our little collection of dinosaurs!! 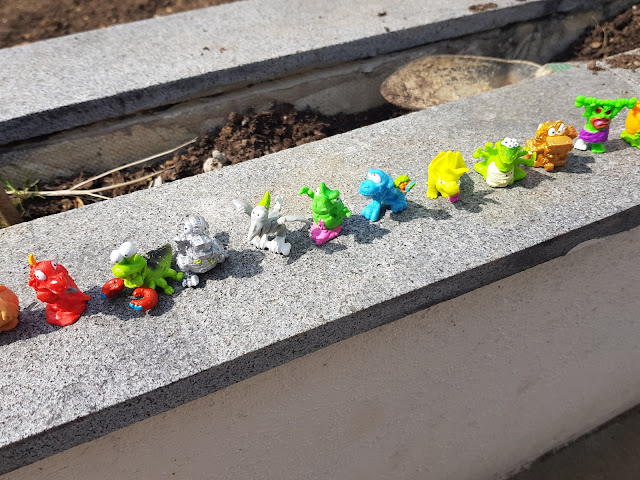 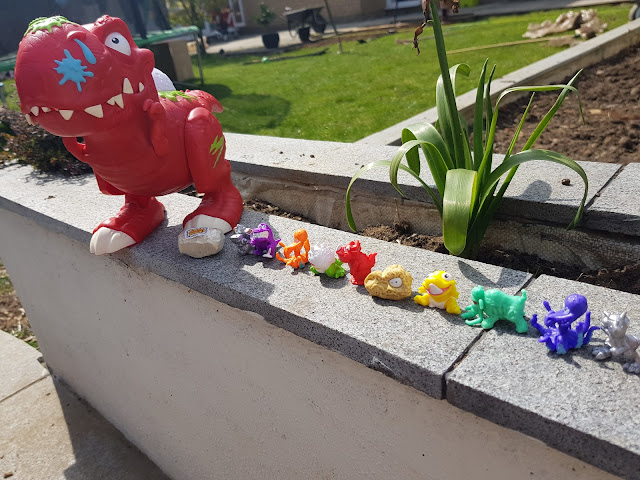 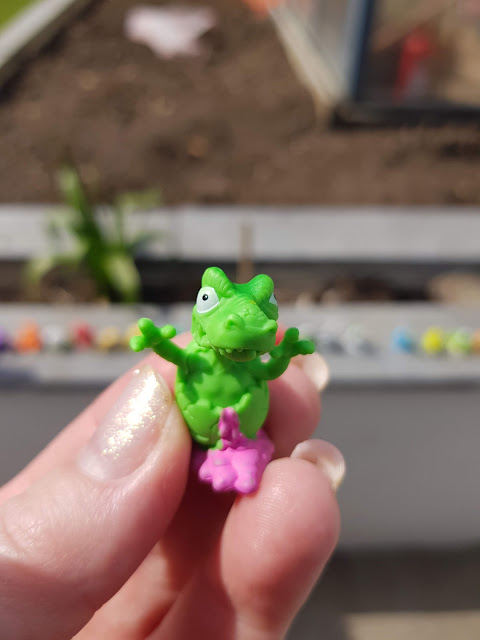 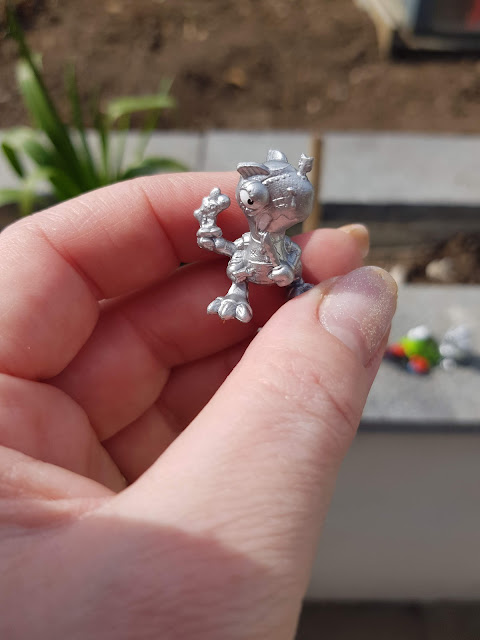 * Please note we were kindly sent the items free of charge in exchange for a review, all thoughts and opinions are my own
Posted by Helen - Blogging Beautifully at 9:29 pm