My Dream Bedroom Designed by Alfie....

Imagine asking a 6 year old child to design their own bedroom. No boundaries, no rules just their imagination free to run wild and be allowed to create their ultimate bedroom. Homelet Insurance challenged us to come up with a dream bedroom so I asked Alfie,my eldest son to get his creative head on and to come up with his ultimate dream bedroom. I kind of guessed what route he would go down, it was either going to be animals, reptiles or dinosaurs and he did indeed to choose down the tropical route.  It was all centred around one particular animal.......can you guess what it might be? 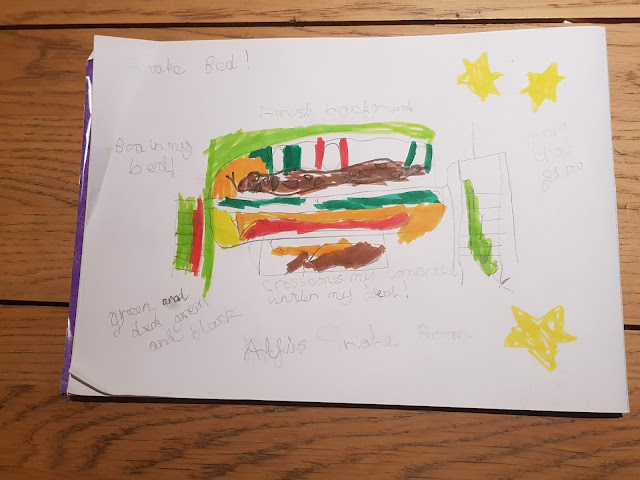 Yup you guessed it..... his dream bedroom would be a snake bedroom! Eek! I think this is all influenced by the fact we actually do have a real, live snake, a cornsnake called Crossbones (don't ask!). He's currently kept in our study, out of the way of prying eyes and noisy children but Alfie is desperate to have him in his bedroom - something that I'm not too sure about at present! 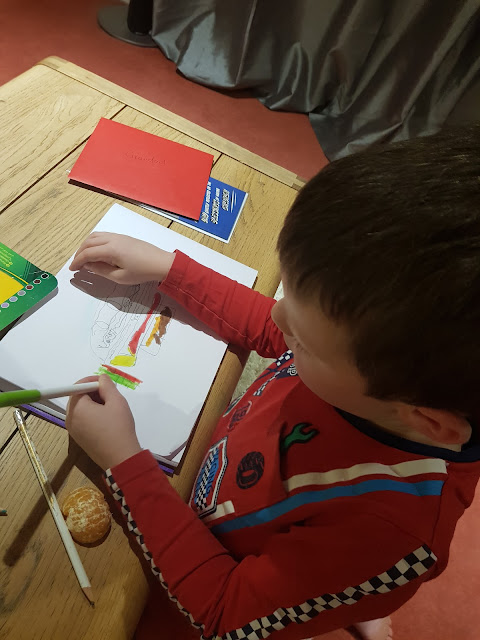 It came as no surprise really, the boy is reptile, particularly snake mad. He just is obsessed with them so when I saw his drawing of his dream bedroom it was exactly what I would have imagined him asking for. He was very specific with his requests about the room as I'm sure you can imagine from a 6 year old..... 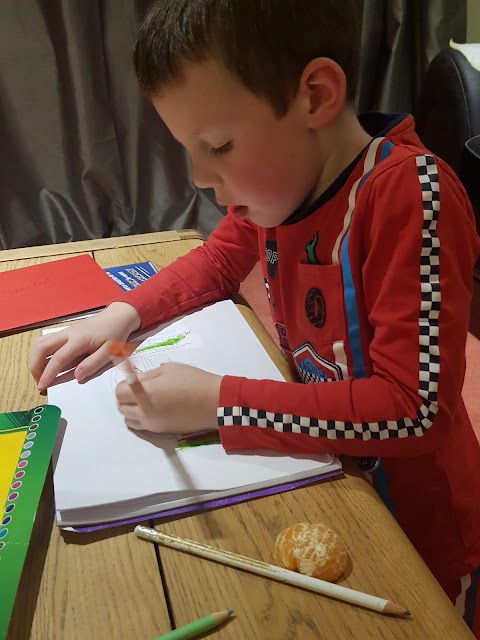 First up, apart from moving Crossbones in his room he was very sure about the colour of his room, bright green and dark green were the colour he wanted his walls, he also wanted a rainforest mural to be a big part as a feature wall. The walls also need some bright, glow up the dark painted stars on so that all his snake friends can see in the night! He told me that he'd like to keep his cabin bed so that Crossbones can fit underneath it and then he can decorate his bed with loads of toy snakes and green leaves to make it look like a jungle. 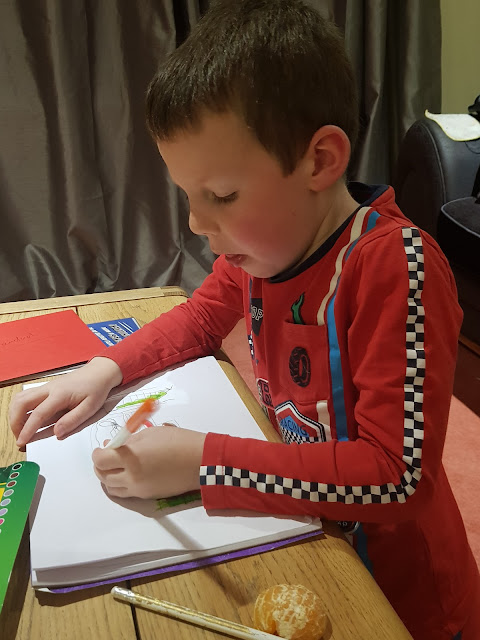 He also wanted to have a 'jungle canopy' I wasn't entirely sure what he meant by this but it looks like he's coloured it green on the picture so I guess it is to add to the aesthetics of the room! He also requested a slide like a snake....helter skelter anyone? How awesome would that be though, a snake themed helter skelter in a bedroom, very cool. 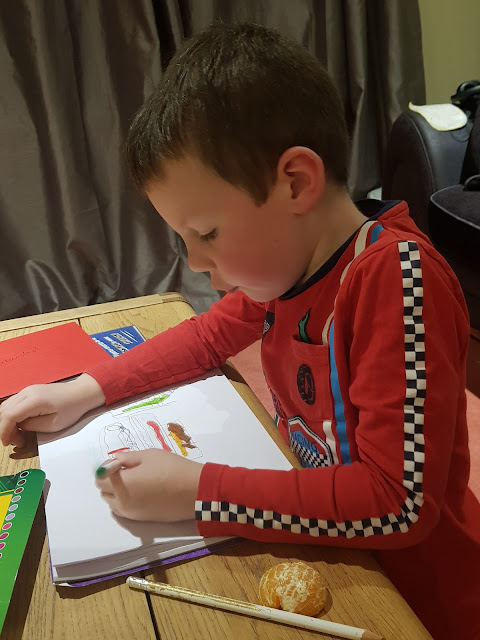 He also requested a snake themed ladder to climb into the bed,  a jungle themed bookcase (to store all his Steve Backshall and reptile books in!) and a plethora of different soft toy snakes, oh and tarantula's....these do feature in Alfie's wish list on a day to day basis but myself and my husband sadly despise spiders so this is a no go, the closest he would get to having a spider is his remote control spider and his soft, cuddly spider toy! 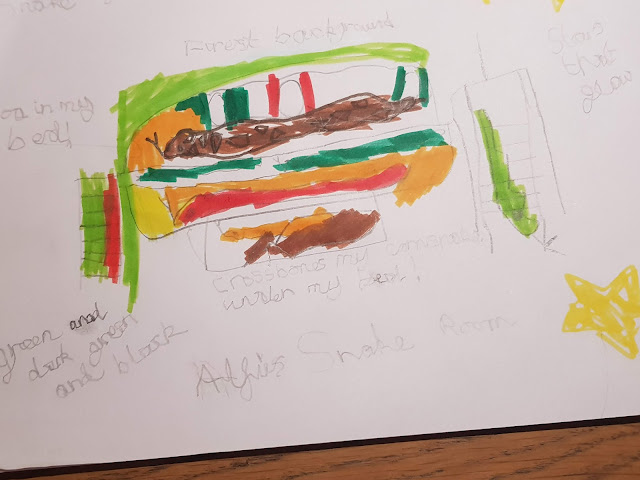 Overall this really would be Alfie's dream room, I know that if he actually had a room that resembled a jungle/rainforest filled with reptile related items he would be in his element, probably the happiest boy alive! If you have fancy getting involved with dream bedroom fun use the hashtag #MyDreamBedroom over on social media to join the fun. What would your dream bedroom be?

* In collaboration with Homelet.
Posted by Helen - Blogging Beautifully at 10:19 pm