For those who know me it'll come as no surprise when I say I love anything rude, offensive or a bit naughty! We were recently introduced to Cards Against Humanity which is most definitely not a game for the easily offended but is a right giggle. We were recently sent a fantastically funny and rudey game to review, Gutterhead (RRP £49.99 available from well known retailers), this is basically the drawing version of Cards Against Humanity - hilarious! 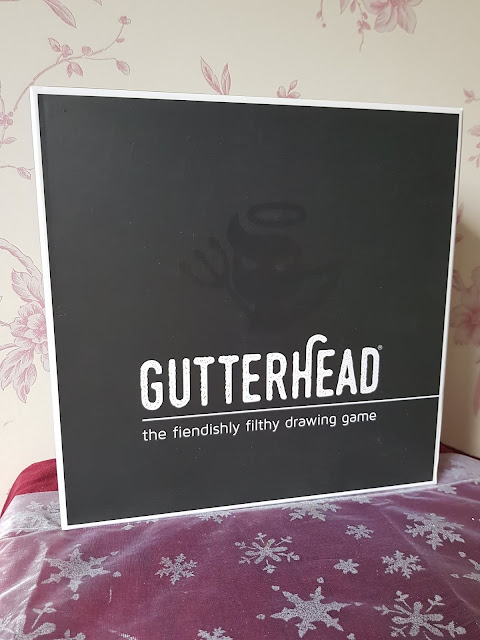 This is the game that just keeps giving, the laughs, the fun and the downright filthy. It's an absolute belter and we had such a laugh when we played it. Teams compete to get to the end of the game  and throughout exposing their outrageous and quite possibly completely rude side. 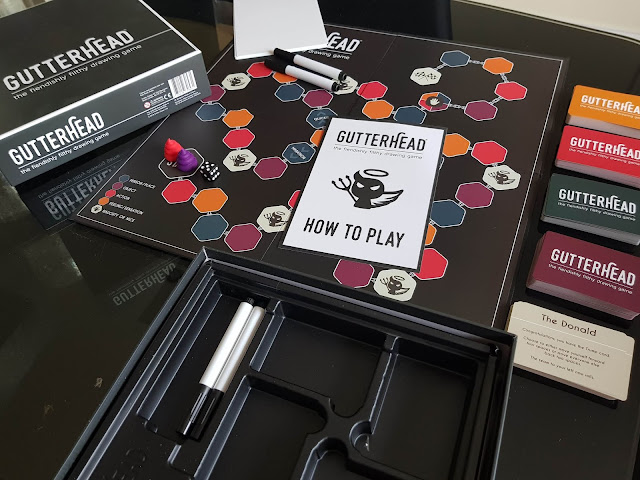 Through drawing and miming team members must guess correctly to progress in the game. One team member picks up the card and shows the word on it to one of each of the other team members, these team members then proceed to draw the word (LOL) and the first team to guess wins and moves forward. With over 240 cards with a variety of filthy words and phrases there is never a dull moment. I have featured a couple of the cards that feature in the game, I don't  want to spoil it too much however, so it is purely a taster! 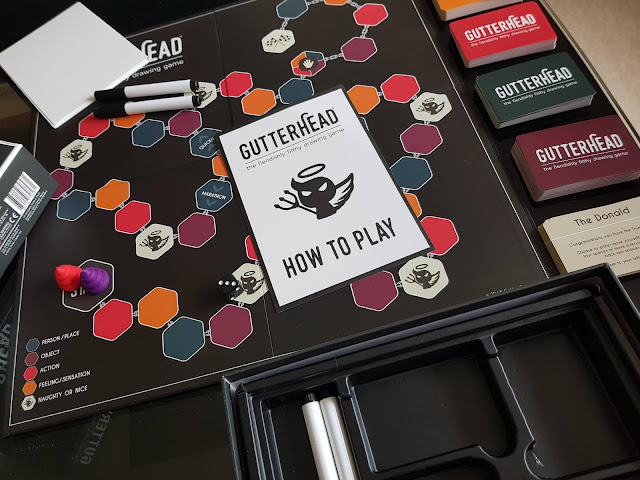 Included in the game is:

- Game board, dice and rules 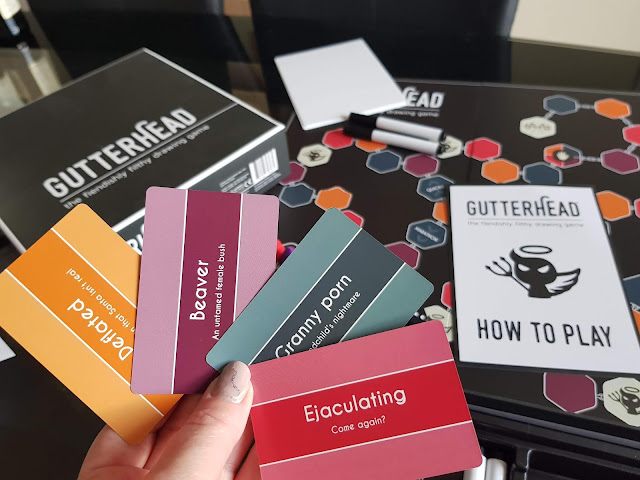 This game is hilarious but not for the faint hearted, some of the words and phrases are super rude, I wouldn't say it is as offensive Cards Against Humanity (you will know if you've ever played it that some of the cards are very dark, you really do need to be not easily offended), it is a bit more light hearted and lots of fun. 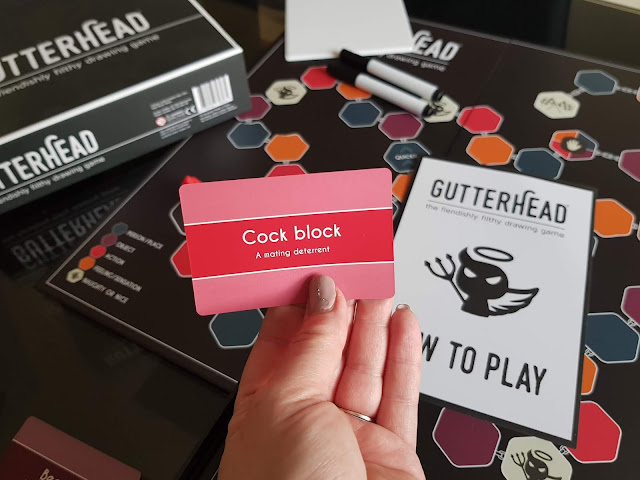 Now I'm not one to condone drinking.....butttt it certainly adds to the game, it increases the humour and makes the whole thing just all the more hilarious. This is a game certainly to be played when the kids are in bed around adult company, play with 4-16 players.....the more the merrier! 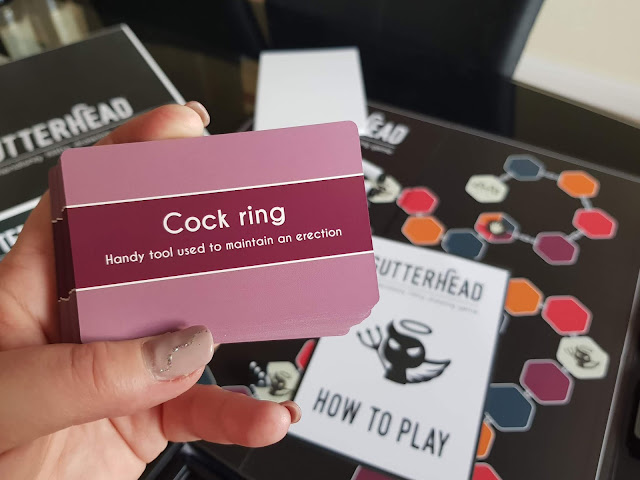 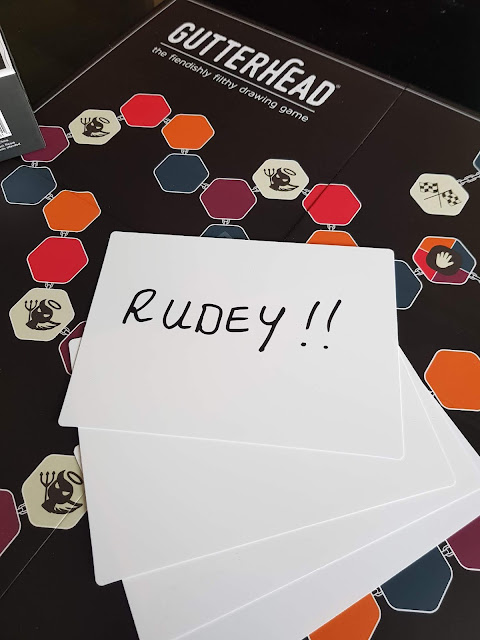 A must for any party - this would be brill for Christmas (once the kids are tucked away in bed!) or new years eve!! We love it in our household so please do check it out!

* Please note we were kindly sent the game free of charge in exchange for review, all thoughts and opinions are my own.
Posted by Helen - Blogging Beautifully at 5:30 am