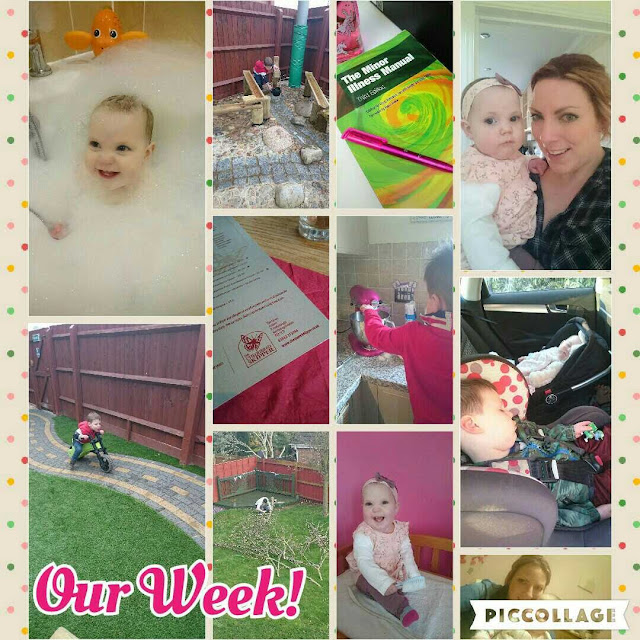 Wow....another week done! We are coming close to the end of February, although I have to admit I feel like it's kind of dragging now, I can't wait for payday.......my first proper payday since finishing mat leave, I'd be lying if I said I wasn't looking forward to it just a little bit!

This week, has been nice. Once again it was a mixture of having things to do but not being manically busy. We started Saturday quite early....I think since the mornings are becoming lighter we are starting to have a few more early wake ups from the kids (erghh, time to get some blackout blinds back up!), Alfie went to rugby while I did a few jobs and then we were out for lunch for a friends birthday (I swear that we don't eat out every week, I know it probably seems like we do but honest we don't!). Lunch was lovely, we had a good catch up with our friends, chatted about holiday and Alfie got to spend time with one of our friends daughter so there was happiness all around. We popped back for some coffee so the kids could play some more and it was a nice way to finish of a lovely afternoon.

Sunday we had promised to take Alfie to soft play, we'd not been to any of the local soft plays since we moved so thought it was about time that we tested them it. It was ok, not the best we had been to but Alfie had a great time and Elarna even had a little explore.  My husband also decided that he was going to start to prepare the garden ready for a bit of a revamp. One minute he's in the garage and the next I find he's chopped a bloody tree down.....I knew he wanted to do, wasn't quite expecting it to be chopped down within an hour though!

My days off changed this week, I now have a Tuesday and Thursday off so have felt a little bit of out sync, I think it's quite nice though and breaks the week up nicely. On Tuesday Alfie decided he wanted to make cakes so obliged, only issue was he wanted them to be green (why I have no idea) but I ran out of green food colouring so had to try and concoct a colour out of the colours I did have left! Yesterday we ran out of nappies......bad disorganisation on my part so it was a trip to the supermarket. I decided that we would do the food shop while we there (I normally do the food shop online for ease), I have to admit I wasn't looking forward to it but I was pleasantly surprised that Alfie was an actual star and good as gold and it was Elarna that started to make more noise than him!

This is my week, how was yours?