The Up the Nose Incident.

Well I suppose it was bound to happen sooner or later but today was the day Alfie decided to experiment with sticking items up his nose (marvellous, another milestone in parenthood achieved!). Cue manic panic and stressing from Mummy about what on earth had been shoved up there, whether there was still anything stuck up there and what else has he poked into this orifice?.

I will set the scene, as I was merrily washing up Alfie went suspiciously quiet, when children go quiet you never notice right away, it's usually a couple of minutes before you start thinking why is my child so quiet and what is my child doing ?! On this instance I thought he was just chilling on the sofa having some snacks when actually what he was doing was seeing how far snacks can go up each nostril, wahhhh!

Pretty much my actual reaction.


To be truthful, initially I was unaware that he'd been experimenting. The conversation went something along these lines.....

Alfie:  'Mummy I got things up nose'

Alfie, 'I stuck things up nose'

It was only then that he kind of snorted and snotted a little fruity button out of his nose (you know the ones that look like Jelly Tots but the healthy variety, little round pieces that are just inviting themselves to be shoved up a toddler's nostril or in an ear). Out came one sticky, snotty and resembling a huge bogey fruity piece. Me: panic, panic, panic. THEN out came another, arghhhh! At this point I had no idea how many were up each nostril, Alfie seemed to find my reaction most amusing, brilliant! The following conversation then took place.

Mummy: 'Alfie is there anymore up your nose?'

Mummy: 'Don't snort!! Adiiiiiiiiiiiii (my husband), he's only bloody got these damn fruit things stuck up his nose, help me!!!'

So there I am 6 months pregnant trundling up the stairs with a toddler in arm hoping for some moral support from my husband who to begin with was fairly calm until he realised what exactly I was telling him.

Mummy: 'Our dear child has been shoving things up his nose, I've no idea how many and if there is anything still up there!'

We sat Alfie on the sofa and in a scene that resembled a comedy sketch got him to snort out of each nostril to try and dislodge anything that might be up there. The whole concept of trying to get a toddler who doesn't really have a clue what you're asking of him an interesting notion. To Alfie this was one big game! The only thing that seemed to appear out of said orifice  was copious amounts of snot and  thankfully no fruity buttons at this point.

Daddy: 'Alfie have you got anything up your nose? Is it ouchy?''

Daddy: 'Alfie can you blow your nose like Daddy?' *snorrttttttt*

Unclear as to whether anything was actually still up there we proceeded to consult 'Dr. Google' (yes I know I'm a Nurse but sometimes Dr. Google helps!), Dr. Google didn't really help that much it was more common sense so we then continued this comedy sketch and got Alfie into all sorts of positions to try and see up his nose and using a torch on our phone tried to investigate the orifice's to see if we could see anything. We couldn't, we were fairly sure there wasn't anymore there.

Daddy: 'Alfie have you got anything stuck up your nose?'

Alfie: 'No Daddy' *trots off and plays with toys*

Mummy and Daddy then exchange a look which I'm sure all parents are aware off, the he's having us on look!

In reality it was another valuable parenting lesson learnt, of course I knew that he was going to start sticking things in his nose, ears etc etc. This time we were lucky and it was easily resolved but it so easily  could have been something alot more serious potentially could have resulted in afternoon spent in A&E.

Lesson learned. Toddlers experiment. Toddlers like to stick things in places they shouldn't. Once again I panicked, but it's ok that's what Mummy's are supposed to do! Not that it takes much reminding but children are precious and simple things such as food can pose a risk to toddlers enquiring minds and experimental nature (even though he found the whole thing hilarious). Lesson learned. 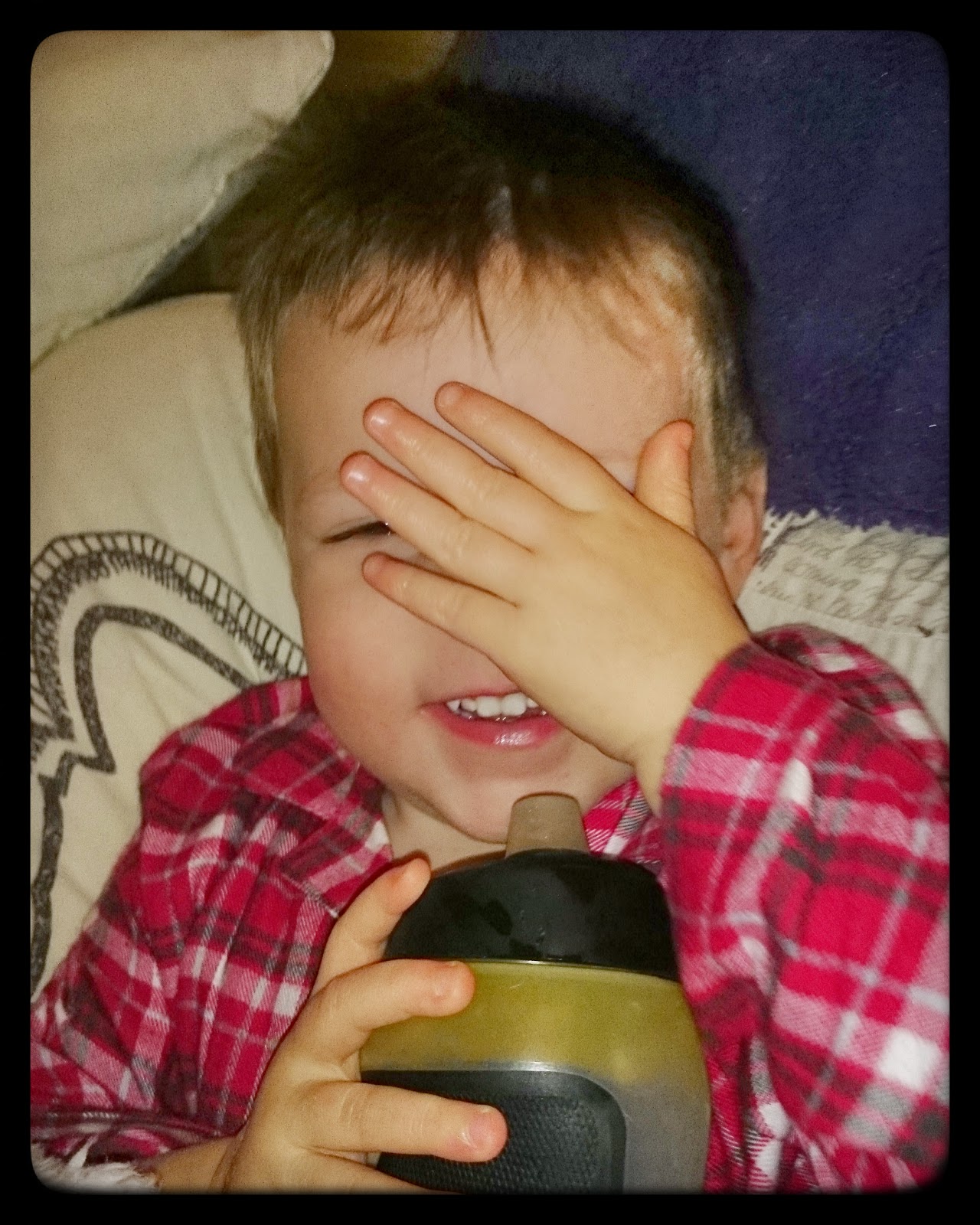