To my husbands stinky, manky trainers, I hate you!

I have this bug bear, you drive me round the bend. My husband has several pairs of trainers, they just seem to breed in our house and appear in the kitchen, in the living room and basically anywhere they can be a trip hazard. These trainers are not nice, they are stinky, manky and old. I lose count of the amount of times I've said to him 'don't you think it's about time to get a new pair?', his response is usually 'but they're so comfortable!'. Ergh.

Hmmm, comfortable they maybe but do they look socially acceptable.....NO! Stinking things that they are.

This is just one pair that I'm using as a fine example of his stinky trainers. 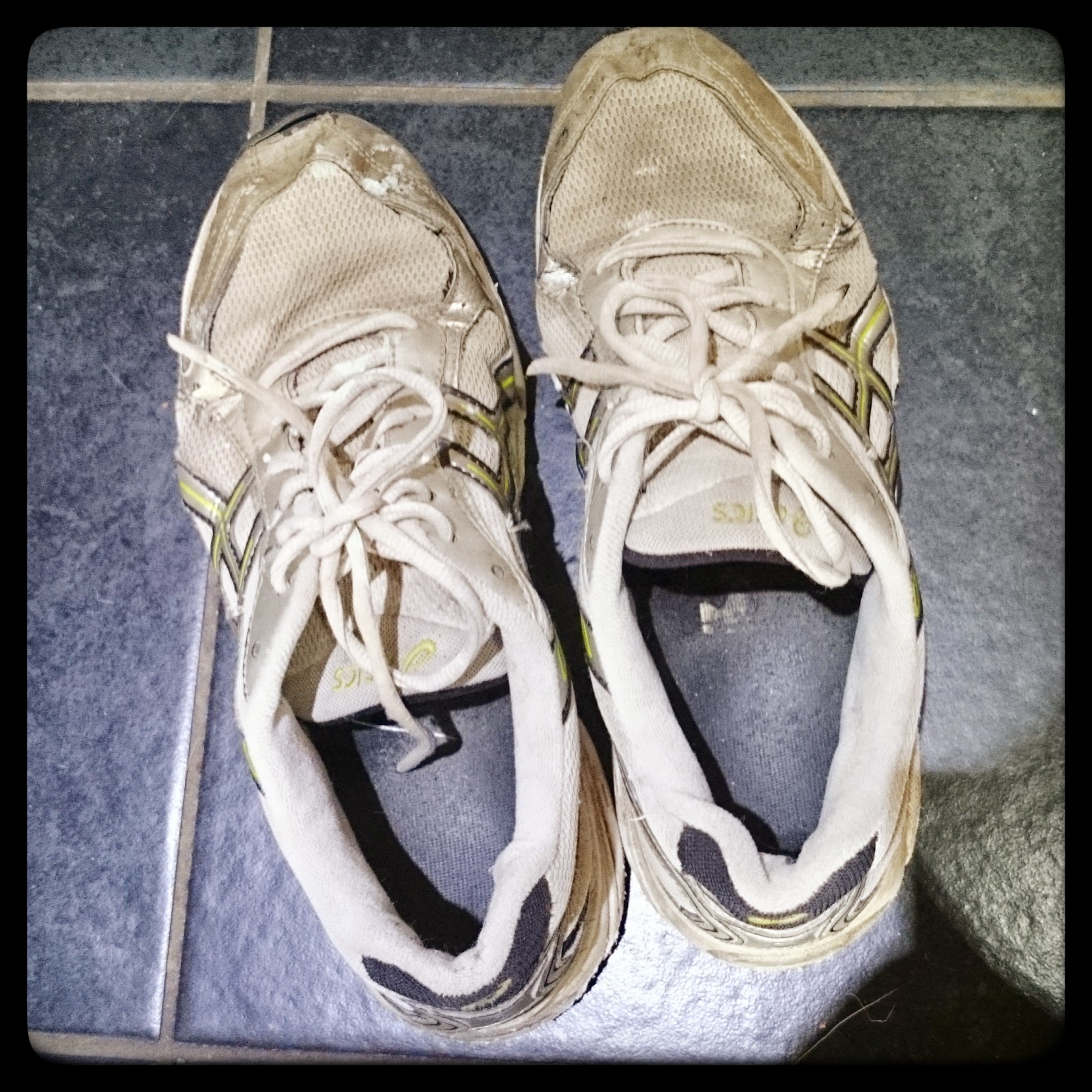 As I'm so clumsy these days it's generally me that ends up tripping over the blooming things, they always seem to appear right in my way, I've been so close to chucking them out but I know better, my husband would blow his top if his prized, stinky trainers went into the bin without him knowing!

I show him different styles, I say how about these for example? Some nice, new, clean trainers that would look great? My begging and pleading never seems to work however and we are still stuck with the stinking, manky trainers.

Am I alone here or does anyone else have the same problem with their husband and stinky, manky trainers?

So I leave you with this thought.......time for new trainers dear??

Posted by Helen - Blogging Beautifully at 11:40 am