My little boy is growing up. School is changing him. I've been noticing over the last couple of months that no longer before me is a small, needy child but a young, independent lad, growing up fast, developing and finding his way in the world. He's becoming more his own person, gaining a new found confidence which he struggled to find previously and he's really starting to . He's got an attitude to match mind. This attitude is like a teenage mind-set in a nearly five year olds body. He's shot up in height, his legs, bless him are like little twiglets but he's suddenly gained an extra foot in height since starting school, I'm certain. 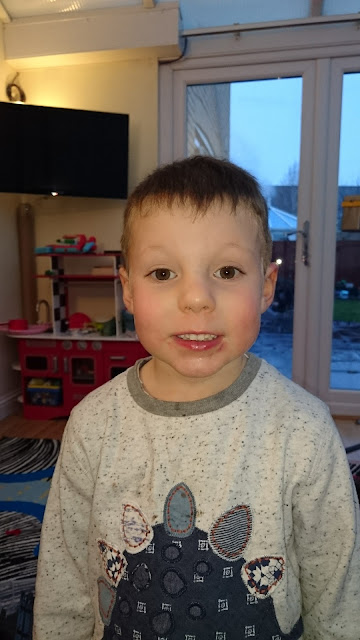 On Friday he received a head teacher award for good hand writing and phonics. I was absolutely gutted that I wasn't at celebration assembly to see him receive it but when I heard I was so proud I could have popped. We've been working with him fairly hard on his writing and ready so for his hard work to pay off I was so pleased. We'd had a rocky few weeks with a variety of issues, not so much with learning but with his attitude and learned behaviour from another child that I was seriously beginning to doubt whether he was going to achieve at school. I think him receiving this award has given him a bit of a spring in his step and boosted both our morale and his and I think he now realises that if he strives to succeed and do well, good things happen (i.e a trip to Toys R Us!). 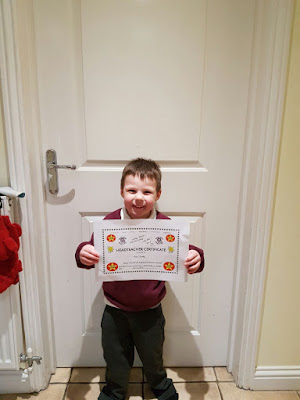 He has a better social life than us, invites for parties are coming in thick and fast now and it was apparent at the latest party that he attended last weekend that his new found confidence is evident. Rather than the clinging, shy limpet that we usually have, he was off running about with his friends and not paying much attention to us. It was refreshing to see and I was relieved to see that actually ,perhaps he's not the social outcast that I was worrying he might have been.

We've had a handful of incidences where he seems to like playing with one particular child. This child he is friends with seems to have some social issues and is allowed to watch things that we wouldn't generally allow Alfie to at home (such as computer games like Grand Theft Auto and Halo), this has meant that there has been some bad language learnt, lots of gun play (much to my dismay) and an interest in being violent (like in GTA we are told by Alfie). We've had to have a chat to the teacher a couple of times to try and get them to encourage Alfie to integrate and bit more and play with other children which thankfully he is doing. We have had less of the wanting to play pretend gun games and have him back to enjoying more suitable playing shall we say, like with his trains and animals. 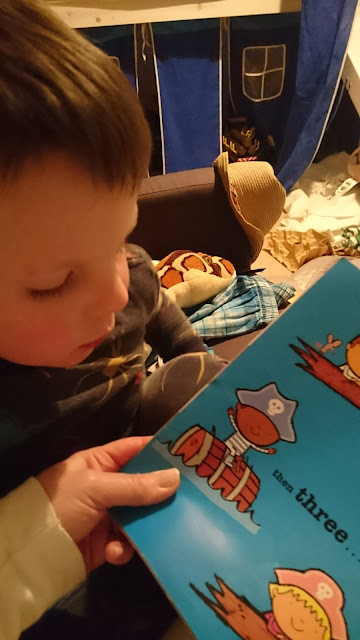 It's been as much of a learning curve for us aswell as for him. We've had to get used to phonics and blending and a different way of  handwriting in preparation to join up. It is incredible to see how far he's come in a such a short space of time. Before starting school he had no interest in writing and he couldn't really read at all. Now he's getting rewarded for his hand writing and starting to make simple sentences and his letter and word recognition is fab. He loves role playing school and we often have to get involved (he's usually the teacher and we are the pupils haha), he knows more about space and the universe than I ever could and he generally has a big smile on his face at the end of the day. 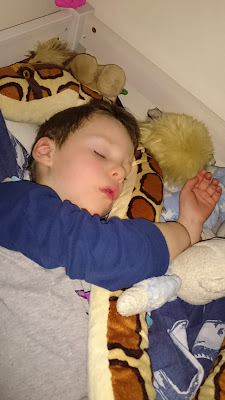 It's hard to believe that it's nearly February half term and Alfie is nearly 5 months into school, he really is a different boy to what he was last year, I know they say school changes them but I wasn't expecting it to be quite so dramatic. At the beginning of the school year I always though the EYFS lot looked so teeny tiny compared to the rest of the school but now they all seem to have grown a foot and are an integral part of the school. I'm really loving watching him develop and learn lots of new skills and making a little friendship group. I'm not so much enjoying the tiredness and grumps that come after school but I guess being nearly 5 and learning lots is tiring business, good job he's enjoying it because he's got a fair few school years ahead of him eh!